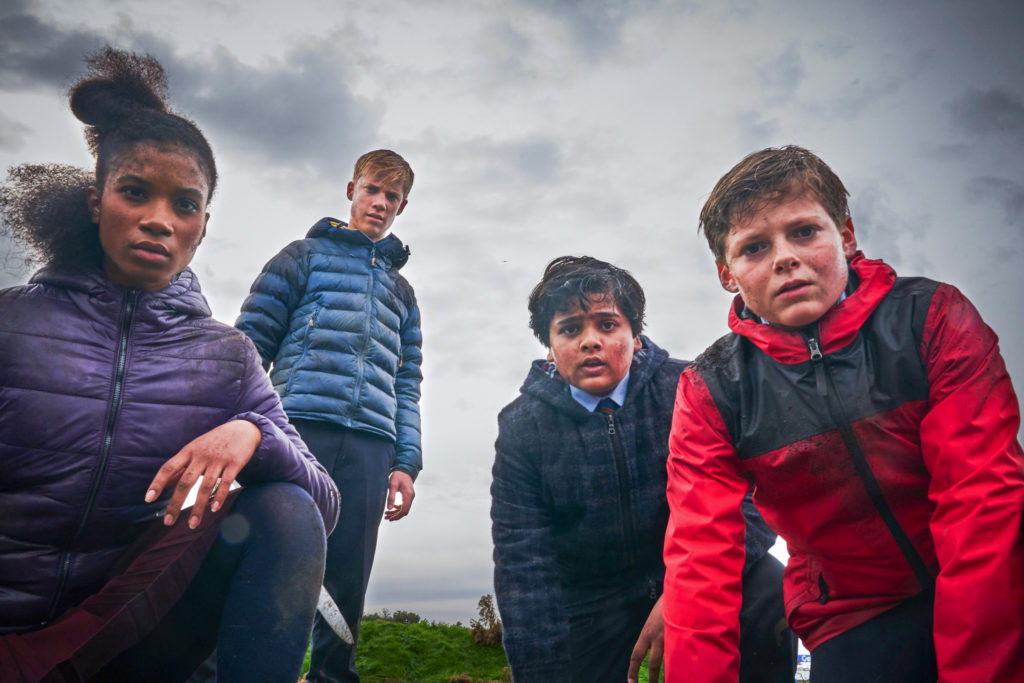 ‘The Kid Who Would Be King’ Redrafts Legend of King Arthur

There’s a self-aware trend in blockbuster cinema that is manifested in a number of immensely popular films which investigate the very process of myth-making. Maybe this shouldn’t come as a surprise given the current political climate, and even if this trend is reactionary, there’s something admirable in the way hits like The Last Jedi, Blade Runner: 2049, and even Into the Spider-Verse sought to question and even re-center the myths that lie at the center of their respective franchises.

Along with us as viewers, it seems that the fictional characters within these worlds have also grown weary of these same old heroic tales that champion, over and over again, myths of destiny and the chosen hero. In debunking the hierarchies implicitly peddled in these stories, many of these films have also challenged the gender and racial norms enforced by upholding these conventions. All of this is well and good, at least conceptually, which brings us to The Kid Who Would Be King, Joe Cornish’s restaging of Arthurian legend in contemporary, post-Brexit England.

Aptly enough, the film begins with an animated sequence recapping the ancient tale of King Arthur, the Knights of the Round Table, and the sword in the stone, before reminding the audience that a dark evil lies dormant. This vaguely defined force has been hiding underground, growing strong and waiting for the day when division and chaos in the world will allow for it to gain strength and, of course, destroy humanity. Hard cut to a gloomy London suburb drained of any and all hope—the film holds on one shot of newspapers headlined “Division in Europe.” The camera settles in on a small family comprised of Alex Elliot (Louis Ashbourne Serkis), an average middle-schooler, and his mother (Denise Gough). They have a sweet rapport as he gets ready for school, and when he eventually gets there, he invariably must save his klutzy friend, Bedders (Dean Chaumoo), from the clutches of garden-variety bullies, Lance (Tom Taylor) and Kaye (Rhianna Dorris).

Cornish paints a portrait of a divided England, where even schoolyard spats seem politically related, in one way or another. These tumultuous times awaken the aforementioned dormant evil, which the audience soon learns is the demon Morgana (Rebecca Ferguson), as she begins dispatching legions of demonic horseman to wreak havoc on England.

Alex, in turn, finds Excalibur one day sticking out of the exposed concrete foundation of a luxury condo. Convinced of some greater calling, Alex sets out with Bedders, the two bullies, and a coked-up young Merlin (Angus Imrie) for Tintagel Castle where, apparently, a portal to the underworld exists. In attempting to defeat Morgana, Alex also hopes to reconnect with his long-lost father who, incidentally, also lives on Tintagel. After hearing countless stories of heroes with absent fathers—Luke Skywalker, Harry Potter, Frodo Baggins, to name a few—Alex comes to believe his father’s absence can be chalked up to some higher purpose.

While it’s commendable that a children’s film would even would make such an abstract allusion, The Kid Who Would Be King runs up against a wall in that its story is beyond generic. While it may be self-aware of the fantasy tales it’s frequently riffing on, Cornish ultimately fails to act on this referentiality, settling instead for self-satisfaction. Save for a few twists along the way that attempt to comment on how audiences understand these myths, the film sinks into a bland, bargain-bin fantasy narrative. The film’s visuals are similarly uninspired. Granted, the story calls for an unholy fusion of the generic everyday and medieval tack, but Cornish, borrowing visual ideas from Steven Spielberg and even Edgar Wright, should have leaned heavier into a formal kineticism that a fantastical film like this ultimately requires.

Furthermore, the film’s attempts at political relevance never cohere with the narrative it’s selling, regardless of how laudible its politics may be. Audiences have seen children’s films lately grapple with the fallout of a post-Brexit and post-Trump world (i.e. Paddington), but in order for these political signifiers to mean anything, especially to the children for whom they’re made, they must connect to the story being told.

Nothing about King’s worldview connects to the thematics of its story: The evil of Rebecca Ferguson’s cackling villainess has nothing to do with the real-world evil, a division witnessed by Alex and other Londoners. Instead, references to Brexit only come across as opportunistic, mere window dressing, for the most part, which is a real shame, considering Cornish and the rest of the creative team seem to have some interesting ideas on their mind. If only they had followed through.

the kid who would be king joe cornish
Himes: State of the Art
BC Student Athletes Should Be Paid