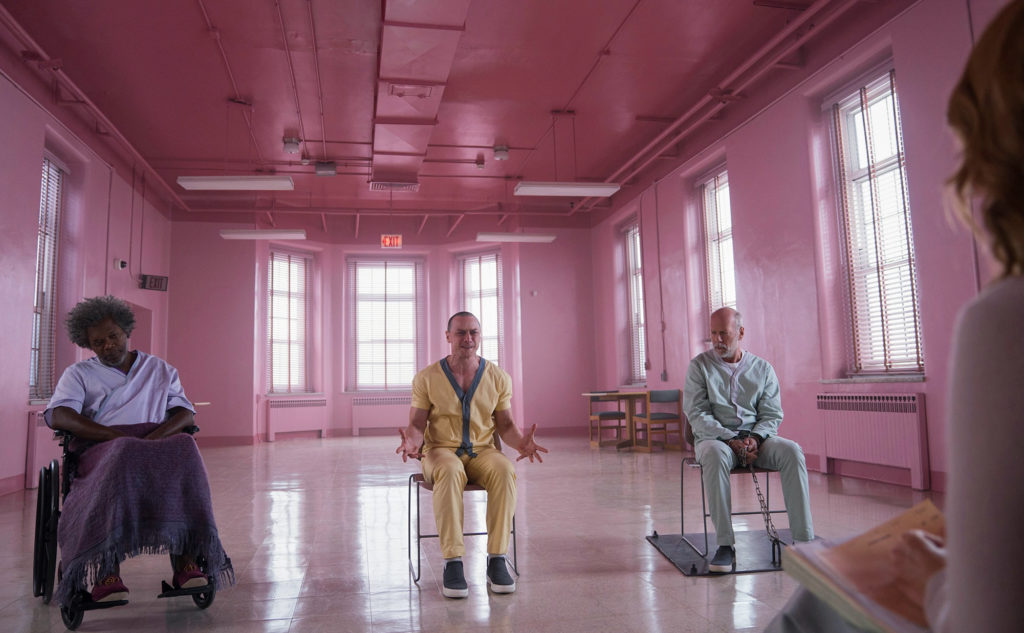 It has been 19 years since M. Night Shyamalan released Unbreakable, a movie about security guard David Dunn (Bruce Willis) who discovers he has superhuman strength. Unbreakable received lukewarm reactions upon its release, but as time went on, the film gathered an enthusiastic following.

In 2016 Shyamalan released Split, which told the story of the savage Kevin Wendell Crumb (James McAvoy) who has 23 distinct personalities living inside him, including one called “The Beast” with inhuman strength. Split garnered attention from audiences and critics alike for its post credits scene with a Willis cameo that reprised his role as David Dunn, confirming audience’s suspicion that Split was in fact a sequel to the much-loved Unbreakable.

Glass, the 2019 installment of Shyamalan’s superhero universe, bridges the plots of the two acclaimed films but lacks the engaging qualities of its predecessors. This time the saga introduces Elijah Price (Samuel L. Jackson) and stories his struggles as a result of his osteogenesis imperfecta, a disease that causes bones to break easily. Despite his physical frailty, Elijah possesses superhuman intellect and fashions himself as the supervillain “Mr. Glass.”

At its core, Glass is a movie about finding purpose. David struggles to live up to the image of the hero his son believes him to be. Kevin’s 23 personalities are constantly at war with each other, fighting for control over his body and mind. Elijah is a tortured genius who wants nothing more than to prove he can achieve greatness despite his physical condition. These three complex and interesting characters are developed wonderfully and are Glass’s greatest strength.

McAvoy clearly gives his all in his portrayal of each of Kevin’s competing personalities. Watching him transition from one to the other in the same scene is a remarkable display of his acting skills. McAvoy’s character is also incredibly interesting because his multiple personalities can fill whatever role the film requires in any given moment: When Shyamalan wants the audience to be terrified, “The Beast” takes over. When the plot demands heartfelt dialogue, the tortured conscious of Kevin’s true self emerges. When Shyamalan orders comedic relief, the personality of 9 year-old Hedwig appears.

Shyamalan knows that a superhero movie can only be as good as its villain. In Glass, Jackson perfectly portrays the evil mastermind Elijah Price’s ingenuity as well as his limits and creates a character that serves as the emotional anchor of the film. Price’s scenes are a class above all others, and the only problem with Jackson’s performance is that the audience gets so little of it. In the exposition the audience finds Price heavily sedated, and the mastermind stays in that state for almost two hours as the film focuses on its other characters.

Glass’s biggest problem is its pace: Put simply, the movie just takes too long to get going. Of course, the exposition is important, as Glass is the third movie in a trilogy, but this build up drones on for almost an hour and a half before the real action starts. The middle portion of the movie drudges on as filler content and is almost unbearable. It is mind boggling how Samuel L. Jackson, James McAvoy, and Bruce Willis can all be in the same scene and yet that scene isn’t the least bit interesting.

Even when the action does arrive, it is largely underwhelming. The two superhumans doing battle essentially have the same power of super-strength, and while this makes for a fair fight, it doesn’t make for a very cinematic one. Where Marvel movies give audiences incredible God like beings doing battle with astonishing visuals, Glass’s fight scenes are more akin to a real world wrestling match.

Plot twists are a hallmark of M. Night Shyamalan’s films, and Glass continues this trend, but is less successful than some of its predecessors. Glass features three plot twists, all of which occur in the final act. Sadly, these twists only convolute the plot rather than give the audience that “aha!” moment that twists in Shyamalan’s other movies such as The Sixth Sense did.

Between its all-star actors, legendary director, and 19 years of buildup, Glass hit theaters with high expectations. While it is still a good movie, and certainly a different style of superhero than the Marvel movies’ modern audiences are used to, Glass does not live up to its full potential.

Perhaps the bar has been set too high for Shyamalan’s films—or maybe he has just lost his touch. Whatever the case may be, Glass leaves its story open for another installment in Shyamalan’s superhero cinematic universe—and if he chooses to continue this story he will have to pick up the pieces from the shattered Glass. 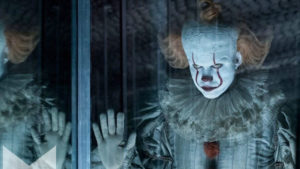