Home » ‘The Punisher’ Returns in Full Force for Second Season 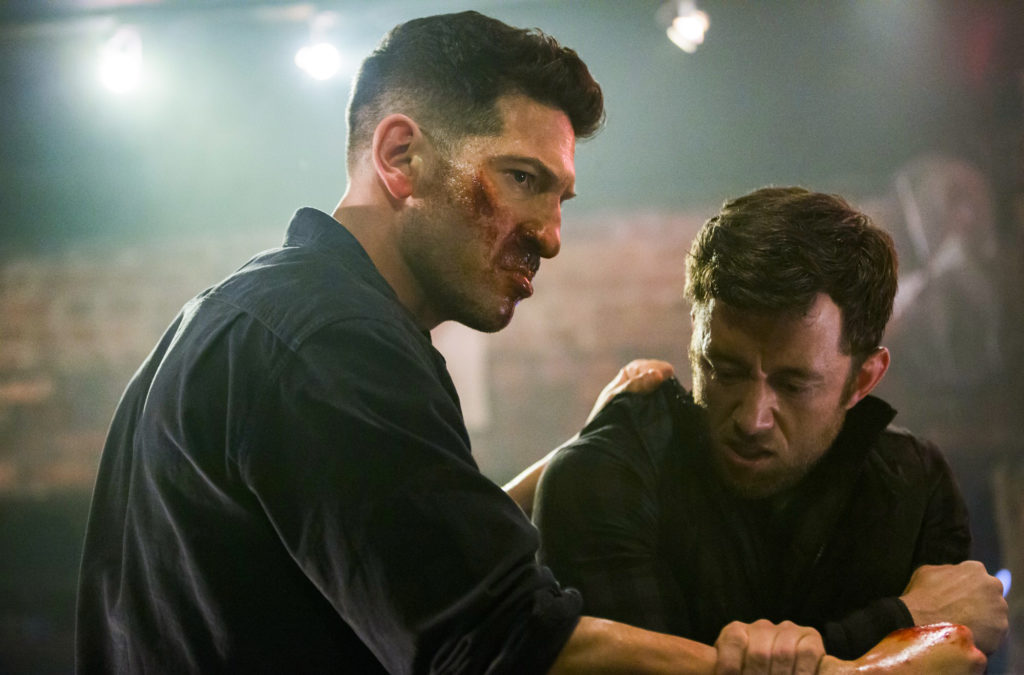 ‘The Punisher’ Returns in Full Force for Second Season

Just like it did the first time around, the second season of Netflix’s Marvel show, The Punisher, dishes out a boatload of exhilarating, gut-busting punishment upon the unfortunate victims of Frank Castle (Jon Bernthal). This hit anti-hero series somehow found a way to deliver an equally thrilling sophomore season despite a new set of circumstances, a mixture of returning characters, and a few new faces in the cast—and that’s an achievement that few television shows can claim to have earned.

This season continues about a year or so after the events of the first season, with Castle free from the ghosts of his past and roaming the country on his own time. But, after making a rare emotional connection with a new character, he finds himself inexplicably thrown back into the world of violence, in which he had lived for so long after the murder of his wife and children. Old foes return along the way and Castle starts to care about some of the new people in his life.

Bernthal reprises his role as the bad guy-slaughtering ex-marine Castle, better known as “The Punisher,” and continues to be the perfect combination of an unfeeling badass and a sorrow-stricken widower and ex-father. Bernthal is the glue that holds the entire operation together, the foundation upon which the show is built, and the reason that the series is so effective at what it does. His performance has so much range, and his ability to shift from brutish intimidation to vulnerable sensitivity at the flip of a switch makes the character come to life in a way few other actors could pull off.

The other shining light of the show comes in its action choreography, which has improved on the already impressive formula from the first season. Each fight scene features extended cuts that allow the viewer to experience some sort of fluidity and continuity so it is easy to understand, a significant improvement from the frantic jump cutting that has become a staple in action movies over the past decade or so. These prolonged takes make the fights feel more realistic and exciting because the audience can actually see each punch, kick, gunshot and takedown. That sort of immersion is what sets The Punisher apart from other shows with similar plotlines and premises.

This season’s arc is a lot more complicated than the first, and that convolution actually managed to make it more interesting to watch. There are more people in Frank’s life now and he has to start allowing them to get close to him, and then subsequently protect them from the world he lives and almost thrives within. It creates a world with more stakes and causes his decisions to hold much more weight than they previously did, which makes for a more tense and exhilarating viewing experience.

One of the most impressive examples of this comes in the first episode of the season, where in the span of about 20 minutes, a newly introduced character is not only given a clearly defined role in the show, but also spends enough valuable time on screen to become emotionally important to the audience. The Punisher’s ability to pick and choose both who the viewer is invested in and when they become invested in them gives it more staying power for those who enjoy getting attached to the characters in their favorite television shows.

Despite all of the high points, there are certainly a few serious issues with the show: the first being the genuinely awful CGI blood that rears its ugly head during a few of the shootout scenes throughout the season. Some of them are so glaring and unintentionally funny that it momentarily ruins the immersion, and a show like this can’t afford for its immersion to get broken. The second glaring issue with the show is some of the acting outside of the core cast of characters. Some of the secondary actors in the series are just atrocious in their roles and make it difficult to believe that they are really the characters they play on screen. Adding to this, there are a few plot points that are solely designed to push the story along rather than products of an inspired, well-written script. There are entire storylines that are thrown to the side for episodes at a time and only reappear when it is opportune for the plot—and they’re very noticeable.

But, even with those issues, The Punisher is a non-stop adrenaline rush that is absolutely worth the watch for anyone who appreciates well-made action shows. The choreography is great, the connections between Castle and his companions are emotionally packed and tangible, and the story is compelling despite some glaring flaws. Since Netflix seems to be systematically axing all of their Marvel television series, this might be the last chapter of arguably the best of the five shows. Enjoy it while you still can.