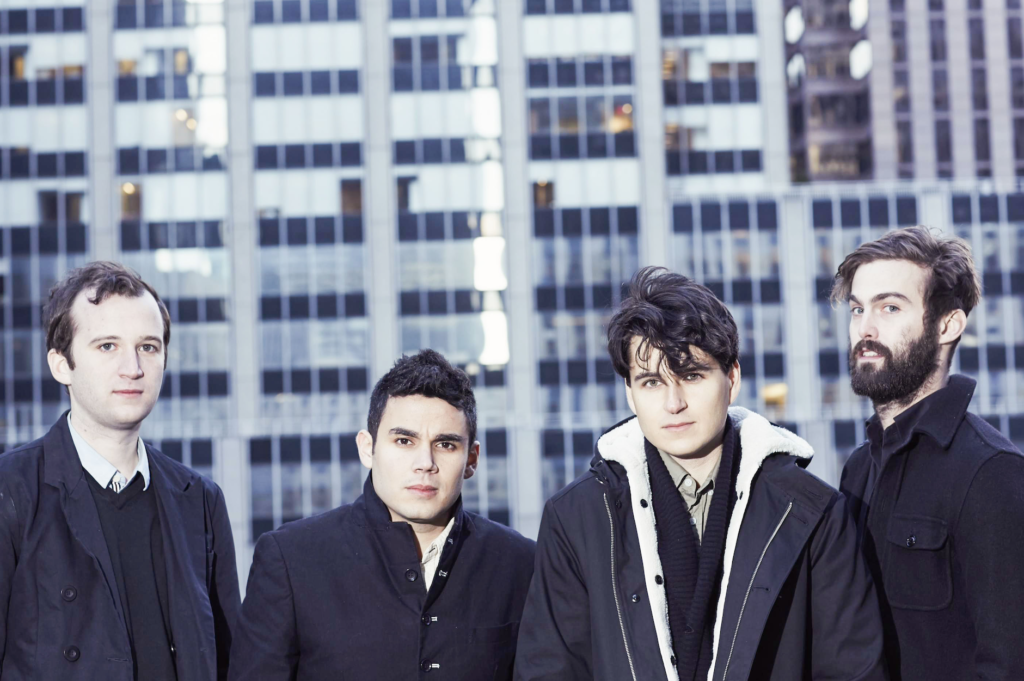 Vampire Weekend, the New York-based band fronted by Ezra Koenig, returned with two new singles after what was practically a 6-year hiatus. The singles, “Harmony Hall” and “2021,” serve as the first from their new album Father of the Bride, the follow-up to their critically acclaimed 2013 album Modern Vampires of the City. In a recent Instagram post, Koenig explained the band’s plan to release two singles for the next two months before releasing the album.

The first of the two new songs, “Harmony Hall”—a reference to the hall of the same name at Columbia University, where the band members met—is a warm song reminiscent of spring and much brighter than any of the songs from their last album. Koenig’s lyrics, layered as ever, range from topics, such as wealth, power, political discontent, the rise of hate groups, as well as the passage of time and its effects. The band utilizes acoustic guitars, as well as a piano groove, to create a folk-song vibe and even interpolate a line, “I don’t wanna live like this / But I don’t wanna die,” from “Finger Back,” a song off their last album.

While “Harmony Halls” is a bright and heavily-layered song, “2021” is a more melancholic track, focusing almost entirely on the passage of time. The song seems to address their own hiatus and how that may have affected their image, as Koenig sings, “2021, will you think about us? / Copper goes green, steel beams go rust,” alluding to how opinions of them may have changed. Overall, the two new songs show that not only have they not lost any of the skill that made them noteworthy, but also that they have taken the time to grow since their last album.

J. Cole also returned this week with his first song of 2019, “Middle Child.” The track, produced by T-Minus, finds Cole continuing his trend of attempting to bridge the gap between the two generations of rap—a trend he started on his last album, KOD. “Middle Child” serves as Cole’s way of addressing his role as the metaphorical middle child, sitting between the OGs like Jay-Z and younger rappers like 21 Savage and Kodak Black. The song is the first offering from the Dreamville sessions, in which J. Cole and his label mates collaborated with countless other big-name artists to work on the label’s new album Revenge of the Dreamers III.

J. Cole tackles a litany of issues, from clout chasing, the recent deaths of popular artists, socio-political and racial issues, and more. The song has gotten a lot of attention for Cole’s lines regarding his relationship with Drake and how he refuses to feud, even though he knows that’s what many fans want. Many speculate that some of Cole’s lines, such as “If I smoke a rapper, it’s gon’ be legit / It won’t be for clout, it won’t be for fame / It won’t be ‘cause my shit ain’t sellin’ the same” are directed at Kanye West, who Cole has had a complex history with—many believe that his 2016 song “False Prophets” was also about West. With the upcoming releases of his collaborative album and two possible solo projects (the highly anticipated album The Fall Off, as well as the mixtape, The Off-Season) J. Cole’s in for another big year, and this is a solid beginning for him.

With her original song for the soundtrack of the upcoming film Alita: Battle Angel, Dua Lipa delivers a sonar symbol of the robotic dystopian society in which the film is set. It’s her first song of the new year, and her first release since the deluxe edition of her first album. The production, handled by Swedish producers Mattman and Robin, is anthemic and futuristic, and Lipa soars, delivering uplifting lyrics about new beginnings and moving forward: “What is the point of doing at all, / Watching it fall?” Alita, directed by Robert Rodriguez and produced by James Cameron, centers around a cyborg girl attempting to find out about her past and her place in the world. Lipa’s lyrics follow this theme and serve as truly empowering song. “I won’t stay quiet, I won’t stay quiet / ‘Cause staying quiet’s the same as dying,” she declares over the production, delivering a track that both serves as a nice part of the film and a solid solo song.