From the northeast corner of Calderwood Hall, audience members watched Nikita Mndoyants’ fingers bounce from key to key with intense precision. They listened to the piano singing Haydn and Beethoven sonatas from the middle of the room.

Intermission broke the trance, and before the second half began, the piano was turned 180 degrees, shining under the spotlight.

Now, hearing Bernstein and Brahms echo throughout the auditorium, the same section of the audience watched Mndoyants’ face collapse into a scowl and bloom like a flower, his body’s movements reinforcing the sentiments conveyed through the pieces.

The performance was a part of the Winter/Spring Weekend Concert series, a selection of classical performances organized by the museum’s music curator, George Steel, who has held his position for only a year. Concerts are scheduled for every weekend until May 12, including performances by both chamber groups and soloists.

Mndoyants has played across the globe with world renowned orchestras and conductors. Just a year and a half ago, the same month during which he released his most recent recording with the Steinway & Sons label, he debuted at Carnegie Hall. In years prior, he had received awards from international organizations for his performances.

The Haydn introduced the program seamlessly, a soft transition from the pre-concert silence. Mndoyants carefully monitored his movements and regulated his tempo and dynamics at a generally steady and neutral setting. It led nicely into the Beethoven, which presents three movements of varying intensity but consistent composure. Rarely were chords struck unevenly, and not once did his dynamics feel jarring or out of place. As he ended the piece, his hands hovered above the keys, sustaining the tranquility written in the final lines of Beethoven’s final sonata.

Although the auditorium was far from full, warmth radiated from the lighting, the red seating, and the caramel colored panels. It was cozy, comfortable, and intimate, hiding listeners from the gloom triggered by snow and frozen rain just beyond the walls. Couples held hands across the arms of their seats and young musicians studied Mndoyants’ focus, noting his movements.

Somehow, Mndoyants maintained the same focus and attention to detail in the second half of the performance that he had in the first. Transporting listeners across genres and eras, the program seemed to progress through time periods. Bernstein’s contemporary pieces were just a step further in time, with a distinct intensity that couldn’t be found in Haydn or Beethoven.

He concluded the performance, however, back in the Romantic era, more comfortable and traditional. The Brahms sonata displayed voracious energy and concentration while keeping varying dynamics and distinct articulation. When his hands rose from the keys for the last time, the audience could see the action’s finality. Relief and satisfaction flooded his face as he stood from the bench and bowed to the room after four lengthy pieces and two encores.

Halfway through the performance, the piano rotated. This adjustment gave the audience an alternate perspective from which they could observe the details of Mndoyants’ performance. Sometimes, his movement was just as much a part of it as the actual sound of the notes were. Other times, he remained completely rigid, and his fingers alone built immense tension independent from the rest of his body.

For many musicians, there’s a reason their bodies are as expressive as they are—the movement supplements the sound and provides a richness that can’t be achieved without support from a performer’s entire being.

Each concertgoer watched Mndoyants’ fingers dance across the keys with calculated caution in the Haydn, each note sounding smooth and accurate. They watched his rigid back become pliable as his face hovered inches above the keys in the Beethoven, his hands maintain a syncopated rhythm in the Bernstein, and his arms float from the keys at the finale of the Brahms.

Playing pieces that contain as much intensity as these four—and performing them in a row, for that matter—is an immense challenge. But Mndoyants, having grown up in a family of musicians, remained composed and energetic throughout the entirety of the performance. 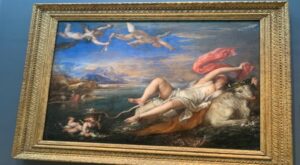 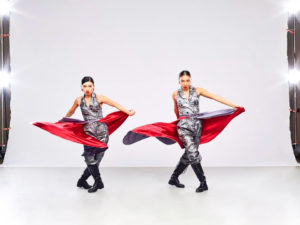