Thumbs Up, Thumbs Down: Spin Class, Peanut Butter, and Salt

Thumbs Up — Plexapalooza. The final one! Thank you CAB for putting on a great final Plexapalooza. The T-shirts were nice too. Who has to clean up all that confetti, though? That was a lot. Audien, the first DJ, was nice. The headliner, RL Grime, was fine. No one had heard of him, and I doubt we will again. On the other hand, Audien was good. Anyone who samples “September” is a legend. The lightshow was perfectly trippy.

Thumbs Up — Peanut butter and jelly sandwiches. I am from France. We do not have peanut butter in France. If we get hungry between lunch and dinner, we smoke a cigarette, pour a glass of red wine, and have a debate about the imminence of death to quench our hunger. Peanut butter and jelly sandwiches are a game changer. Only in America would corn syrup-laced Concord grape jelly and crushed nuts on bread whiter than Mike Pence combine to make a perfect antidote to that inevitable 11 p.m. hunger. Consider me converted.

Thumbs Up — 45-minute spin classes. Plex spin classes are the Soulcycle of BC. Michelle Obama does soulcycle, so you basically become Michelle Obama after the successful completion of a spin class. Pretty dope. It is a rule that the first 10 minutes of a spin class will feel like your body is shutting down. Do not despair. That is your body sweating out your terrible taste in alcohol and whatever is included with chicken and two sides. After those 10 minutes, spin begins to feel like you’re cycling your way to heaven, and you emerge from class a new, fitter, Michelle Obama-esque angel.

Thumbs Down — Coffee cups in Mac. They leak. Always. For some reason, the big ones don’t, but the small ones do. It’s like the universe is telling you to caffeinate more. We could all just switch to reusable cups, but that would be too logical and environmentally friendly. The coffee in Mac is akin to dirt juice. Do we really need it leaking everywhere too?

Thumbs Down — Salt. We have a lot of stairs. Salt is necessary. But must it be green? The snow goes from winter-wonderland to looking like it’s been sprayed with a bottle of nuclear fluid. We should try to dump a bunch of spiders on it to see if one of us can become the next Peter Parker. What if it, instead, it could be a nice shade of violet? Or, get this, what if it were gold and maroon to further capture that wonderful BC spirit? On further thought, purposefully turning the snow a color resembling yellow is probably a bad idea.

Thumbs Down —  60-minute spin class. This is what dying feels like. You are no longer an angel, but instead a zombie. Your legs have shut down, and your heart rate is maxed out. Forty-five minutes is the maximum amount of time anyone can reasonably be expected to cycle without actually moving a single inch. Next time your friend tells you this class will be “like totally so much fun,” please direct them to the more reasonably-timed 45 minute class. 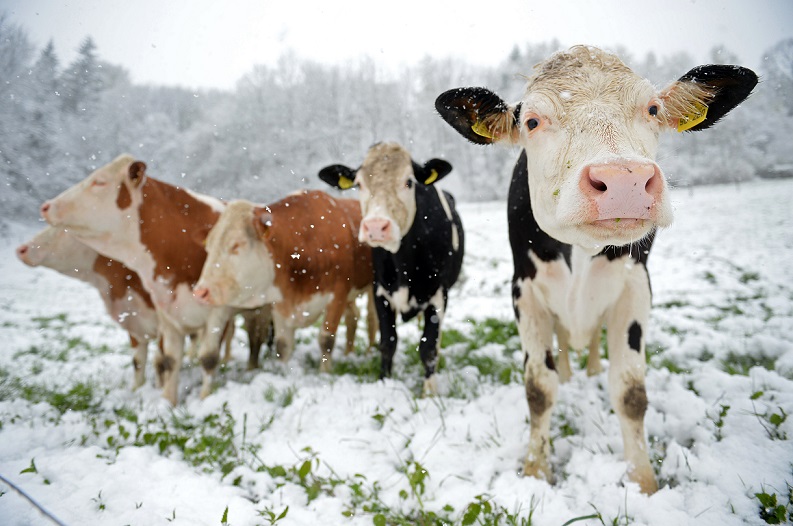