Home » Ramirez: To Infinity and Far Beyond Trump’s America 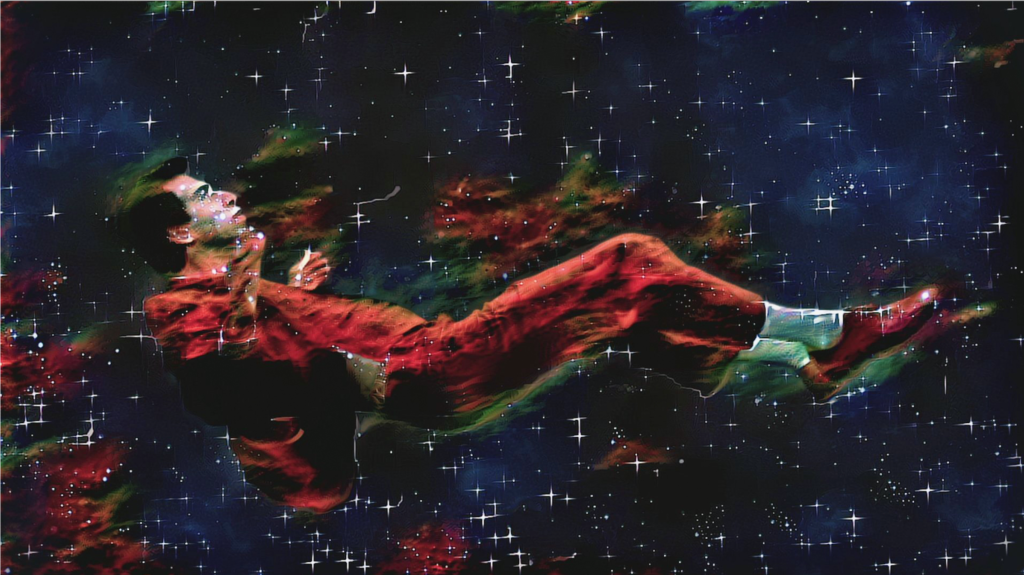 Ramirez: To Infinity and Far Beyond Trump’s America

With massive corporations unapologetically coming clean about watching your every move, the most influential country being hijacked by a maniac with bad hair and a hotel chain, and a nuclear capable madman threatening to just blow the whole thing up, 2018 truly left us with no place to hide. Rock music got to do what we all wished we could in 2018: It packed its bags and left planet Earth and all of its headaches in the rearview. 2018 saw the meteoric rise of “space rock.”

Space rock is most easily identified by abstract, tech-driven futuristic instrumentals that sound as though they could find a place among the stars, at least in modern music. Space is hardly a new topic for rock music: Lest we forget the critical and commercial success of David Bowie’s 1969 calls to Major Tom on “Space Oddity” or his total adoption of the instantly iconic Ziggy Stardust persona.

Pink Floyd undoubtedly lamented space rock’s indelible influence on the entire genre with 1973’s The Dark Side of the Moon—a prog-rock exploration through glittering dollar sign-shaped constellations in “Money” and the grandeur of the saxophone calling out into the void between “Us and Them.” The enduring prism poster that is still found in middle-aged man-caves and grimy college dorms (and newspaper offices) alike 46 years later serves as more than just a badge of musical pretentiousness, but a reminder that more than just decor can be passed down from generation to generation.

MGMT kicked off space rock’s second coming with the Feb. 9-released Little Dark Age, an album that fearlessly indulged the indie rockers’ space age imaginations. From irreverent rocketship residency in “When You Die,” the starry-eyed flourishes of a classic love ballad in “Hand It Over,” MGMT took rock music to a new—although hopefully not its final—frontier and showcased the light-years of sound that lie beyond “Life on Mars.”

Quite literally building on MGMT’s momentum, Arctic Monkeys constructed a moon-based residency titled Tranquility Base Hotel + Casino, to much contention among fans and critics alike. Although not as successful as past albums, Arctic Monkeys’ commitment to making a concept space album in the era of six-second videos and 140-character screaming matches exuded an unmatched courageousness. From kissing “underneath the moon’s sideboob” in “Tranquility Base Hotel + Casino” to watching their space community quickly become gentrified with “cute new places popping up” on the lunar surface in “Four Out of Five,” Arctic Monkeys integrated Bowie’s on-theme lyricism with Pink Floyd’s exploratory musicality—perhaps to the point of “Interstellar Overdrive.”

If MGMT laid the foundation, and Arctic Monkeys built a grandiose Winchester-like mansion on top of it, The 1975 figured out how to sell the house: The unquestionable song of 2018—“Love It If We Made It”—is a space rock diatribe dedicated to Earth and all of its ailments. Frontman Matty Healy strings together the nonsensical lines “Fossil fuelling / Masturbation / Immigration / Liberal kitsch” that embody the tidal nature of disaster in the news as of recent, and the line “Thank you Kanye, very cool” is directly pulled from Donald Trump’s Twitter. All of this chaos unravels over sparkling flourishes bookended by a lift-off sounding beginning and end.

While space rock may be a revival of an old movement, the latest iteration of the genre has made one important contribution to the overall rock genre. In recent years, rockers have struggled to adjust their usually rugged sound to listener’s increasingly more techno music taste. On A Brief Inquiry into Online Relationships, The 1975 demonstrated how synth can be integrated into rock music without robbing the genre of its more rigid personality traits. Although the beat is somewhat calmed by the addition of electronic elements, “Love It If We Made It” still manages to deliver one unapologetic middle finger to the Trump administration in line with rock’s usually rambunctious, unapologetic terms.

Space rock’s recent resurface on Earth is a pointed reaction to the political climate of today: When things on Earth get tough, rock takes off for the stars. If the current space rock movement is anything like the last, it isn’t here to stay for long. For now, the best thing rock fans can do is strap in and enjoy the momentary breaks from the many Earthly ailments of today.