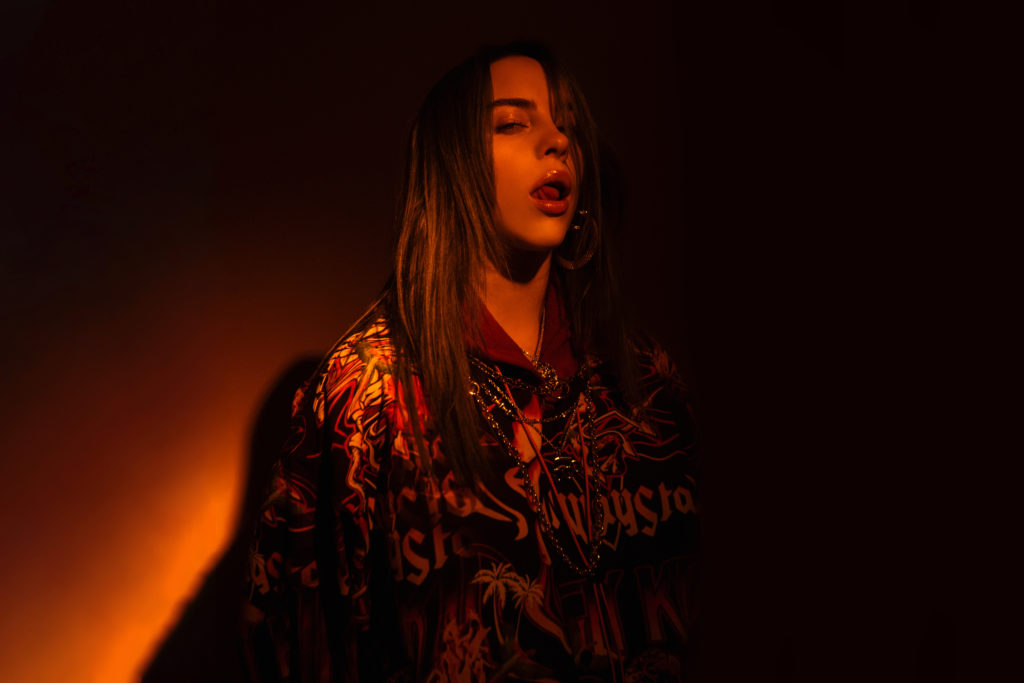 Billie Eilish is arguably one of 2018’s most talked about teens. Since she released her debut single “Ocean Eyes” via Soundcloud in 2016, the now 17-year-old pop artist has amassed a large and loyal following due to her rebellious image and sickly sweet, atmospheric music.

Eilish has never shied away from the macabre before, but “Bury a Friend” takes her propensity for the morbid to a whole new level. The video comes out a day after Eilish took to twitter to announce her long-awaited debut album “WHEN WE ALL FALL ASLEEP, WHERE DO WE GO?,” set to be released on March 29.

The video opens with rapper Crooks jerking out of bed in a dimly lit room, seemingly awakened by a nightmare. After gaining his bearings, he lies back down, uttering a single word: “Billie.” The camera then pans down to find Eilish under the bed, eyes turned black. Pulsing with a fast, creepy beat, the song features Eilish singing about internal demons and the monsters that hide under your bed.

The video is unique for its sinister feel, which sees Eilish—seemingly possessed—stalking and stumbling through the halls of a rundown apartment complex where the lights flicker ceaselessly and gloved hands pull and prod at her.

Eilish is a self-proclaimed horror fan, and her latest music video supports this notion. The world orchestrated by director Michael Chaves is one that is clearly inspired by a number of paranormal thrillers, namely Stephen King’s “The Shining.” Over the course of the video, we see Eilish standing stiffly over a sleeping Crooks, hovering ominously at the end of a dingy corridor and being dragged down the hallways by an unknown force. In one scene, we see gloved hands pulling the shirt off Eilish’s back before injecting her with dozens of needles, after which her body begins to contort in a sort of transformation.

While the video’s opening suggests that Eilish is the monster under the bed, its main content portrays her as a tortured soul, offering a duality of persona that will be explored heavily in her upcoming album. Although Eilish is no stranger to unnerving imagery, “Bury a Friend” takes this a step further, incorporating well-loved horror tropes into a music video that is equal parts unsettling and wholly watchable.

bury a friend
‘They Shall Not Grow Old’ Depicts Grim Reality of War
‘I started with strangers, and I left with lifelong brothers and sisters’