Home » ‘One Show Fits All’ Highlights Iglesias’ Personal Side 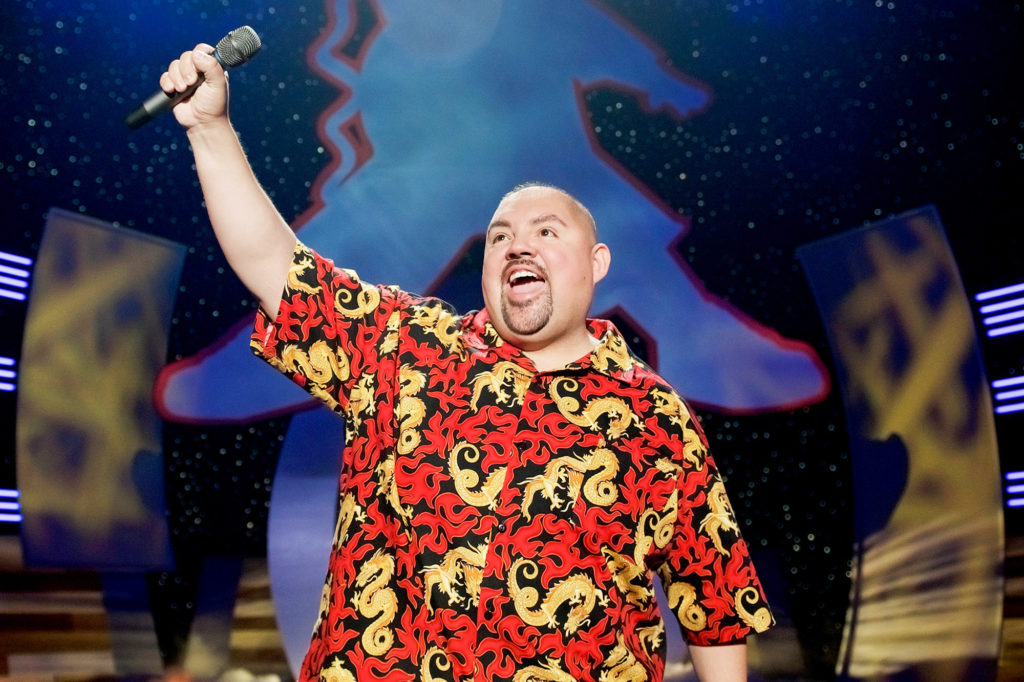 ‘One Show Fits All’ Highlights Iglesias’ Personal Side

Netflix’s expansion of stand-up comedy specials has grown astronomically in the last year or so, generating hit after hit with popular performers such as John Mulaney, Trevor Noah, and Dave Chapelle. Last week, Netflix premiered Gabriel Iglesias’ second special One Show Fits All, and while it featured his usual slapstick comedy, it had a deeper and more personal underlying tone.

Iglesias’ son, Frankie, is the butt of tons of jokes in One Show, more so than in previous years. And while it makes sense that his family comes up in his set, it’s peculiar (but also pretty funny) how Iglesias can talk about them with no filter. One could imagine that he would put up some sort of facade for his family members, or maybe not tell the jokes that paint them in the worst light on a show he knows will be available on Netflix. One would think that’s precisely the type of event he’d leave his family out of. Spoiler alert: He didn’t.

While it might be easy to take pity on his 19-year-old son for some of these moments, the personal aspect made Iglesias’ whole set shine. Without in-depth references to and anecdotes about his family, the show wouldn’t have character. And maybe this sort of atmosphere isn’t very understandable to everyone—those who have never encountered a Hispanic family might be confounded during many of his jokes.

Another impressive aspect of One Show was Iglesias’ ability to carry out unusually long stories and anecdotes clearly and naturally. Sometimes this worked to his disadvantage—a few jokes took a little too long, and it became easy to lose interest. But the majority of them were executed well and pulled the viewer into an interesting storyline with various characters and plots, not unlike watching a movie or television show. Not every second of the special had a joke, and that was okay—it is the lead-up to the jokes that make it worth the watch.

Iglesias was able to successfully dodge any outright political jokes, which is difficult in 2019 (the inherent craziness of our world makes it too easy for even the average person to poke fun at it). However, he did make it a point to talk about respecting one another, no matter their beliefs—and used an anecdote about Dave, his bus driver, to prove it. Through his descriptions, it was clear that he and Dave have very different political beliefs, but he spent a fair amount of time emphasizing how much he values the mutual respect they share.

One of the more emotional parts of the show was at the very end when Iglesias ran through some of his best bits from his 20 years in comedy. The most amazing part of all was that the Houston crowd, clearly made up of longtime fans of Iglesias, finished the jokes on their own, even before the punchline. It was evident that Iglesias was truly touched by this experience—it’s easy to understand a crowd at a concert finishing the lyrics to songs when the artist isn’t singing, but finishing jokes from two decades ago is a much more impressive feat.

While some stories were slow and culminated in a lackluster joke, One Show Fits All shows a side of Iglesias that audiences have never seen. It’s a more sentimental side, one that fills the viewer with empathy. Instead of telling jokes that are fragmented and random, One Show is just an hour and a half of stories woven together, painting a vivid yet real image of Iglesias’ life.