Home » Solitude is A Valuable Gift 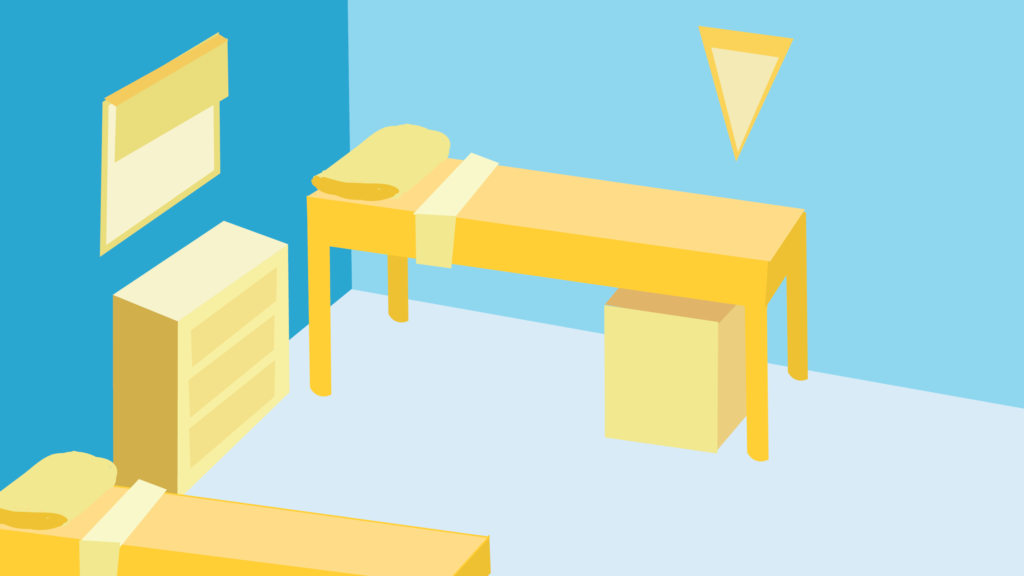 Solitude is A Valuable Gift

My roommate is gone a lot. I might incidentally catch him for a couple of hours after class before he picks up the phone, puts it back down, and walks out the door, into the void of the world for days at a time. As a matter of fact, it may be a real possibility that he spends more of his college days, and especially his college nights, at his cousin’s apartment in downtown Boston than he does in the Keyes South dorm or any Boston College property for that matter. It has become hilariously anti-climactic in a way—after the entire process of selecting your preferred room type and fidgeting with sliders to determine your tolerance to JUUL vapor or room parties—to end up having a bunkmate who hardly bunks at all.

My friends of the more gregarious sort all react with what can only be described as pearl-clutching shock when they first heard about it. Most people in the second floor of Keyes South spend their time around each other, echoing the hall during waking hours of both day and night with the seemingly incessant knocking of one another’s doors. All of this makes the empty room I come home to most of the time all the more anomalous. All in all, it’s a pretty sweet gig. Let me explain why.

Sometimes, it can feel like every second you’re not out and about or doing something at BC is a second wasted. With the amount of classes, clubs, activities, programs, and gatherings that are thrusted into availability comes a sense of urgency to wedge as many as possible into every second of your free time until “free time” becomes a near satirical comment on the state of your schedule. But I’ve come to understand that a deliberately self-imposed period of solace once in a while, or maybe more frequently than that, can be beneficial for your mental health, as well as for your general enjoyment of the college experience.

Being alone, accompanied only by your own thoughts, can seem like the epitome of boredom on paper, or even worse, a waste of time. But then again, as an early vicenarian at best, what is there more of at your disposal to spend other than time?  Spending some time on yourself to understand how you’re feeling in your own skin seems to be if anything, rather than a waste, a savvy investment.

Call it a recurring mental health day. Call it an ellipsis of activity. Call it simply time to yourself if you need not euphemize your own words. Whatever you decide to name it, allowing yourself time to indulge your inner voice for a day—to contemplate how you are doing and where are going—will reveal to you to what extent you can reside comfortably within the confines of your brain.

I know it has for me, since during these days I have gotten to revel in those choices in my life that I look back upon with fondness as much as I have cringed at the recollection of my worst embarrassments. Both of which I, as well as everybody else, am going to have to live with. Both of which I, as well as anybody else, can extract a harsh life lesson, an endearing memory or simply yet another experience.

In one of my classes, we were discussing the ending of one of the most notorious coming of age films to have come out in the past few years: Boyhood. The final stretch of dialogue flips the English translation to carpe diem on its head, positing instead that “life seizes you.” And that’s all your regular reflections are about, reflecting on the amalgam of experiences that have bled through the days of your life and asking yourself if you’re comfortable with how they’ve turned out or how you’d react differently if the same situation presented itself.

There are more than enough times where I couldn’t help but wince at the things I’ve done in my past, but I’d much rather confront those instances with the dread they deserve, rather than launch them to the deepest corner of my brain only for those stumbles in pride to have gone in vain once I repeat them all over again.

Patience is its own virtue, as is said by people much smarter than I am. The ability to reserve hours for introspection while performing some passive activity, such as reading or listening to music requires much more patience than one might initially believe. Becoming able to reside in comfort while staring into your own abyss is a natural consequence of this alone time. Once there are no distractions—no one blowing up your phone and nowhere you need to be—there’s no one you’re accountable to other than yourself.

Renowned absurdist philosopher Albert Camus is quoted to have said that one must turn away from the world on occasion in order to fully understand it. After all, if you don’t stop and look down every once in a while, how are you going to know whether or not you’ve been swept off your feet?