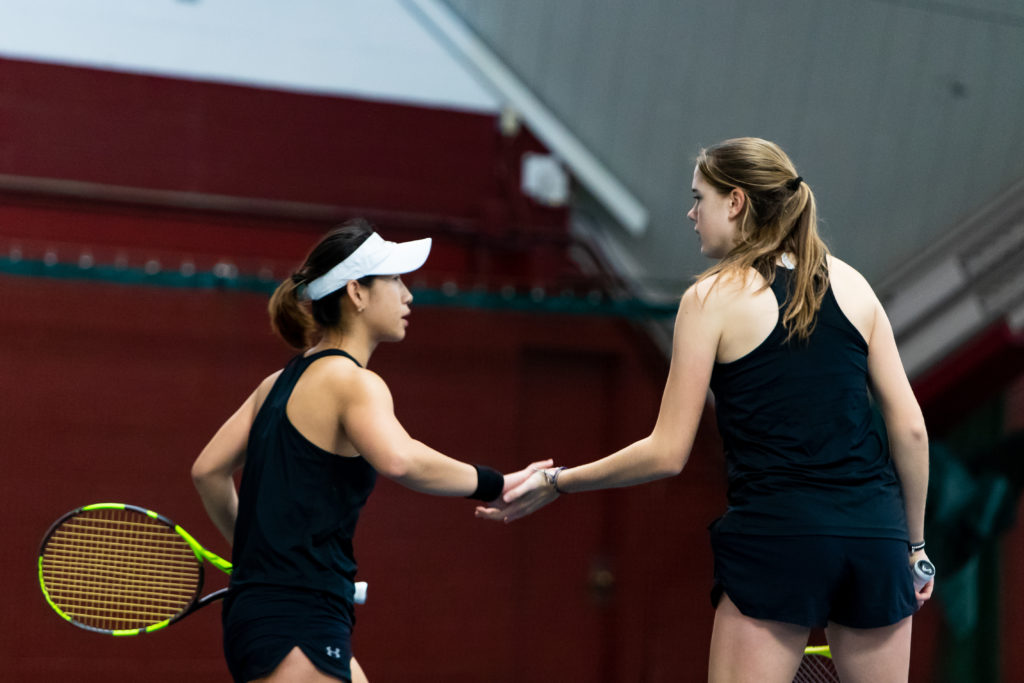 Welcome to the second edition of our weekly roundup, where we’ll be taking a look at the previous seven days in the world of Boston College athletics, along with a look ahead for the Eagles. Over the past week, we’ve seen the following:

Coming off of two straight victories against Florida State and Wake Forest, the Eagles looked to keep it rolling against Syracuse and Notre Dame. These were both matchups that BC needed to win if it wanted to stay out of the ACC cellar. Unfortunately for the Eagles, those victories never came to fruition. Against the Orange, BC did not score for nearly six minutes in the first half and fell behind, and while the Eagles did battle back in the second half, they were never able to erase the deficit. The 77-71 loss was marked by their inability to stop Tyus Battle, who piled up 31 points for Syracuse.

A few days later, Notre Dame came to Conte Forum and fended off a similar BC comeback, handing the Eagles a 79-73 setback to secure a season sweep of the rivalry. Nikola Djogo, who had only scored 29 points on the year prior to Saturday’s game, erupted against the Eagles and put up a career-high 21 points. Ultimately, the Eagles lost on the perimeter. BC shot 30 percent from beyond the arc, while pales in comparison to Notre Dame’s 50 percent. The Fighting Irish only came in as the 243rd best 3-point shooting team in the country, but against the Eagles’ perimeter defense, they looked like one of the best shooting teams.

The Eagles kicked off the week on a high note with an incredible win against Duke, escaping the Blue Devils in double overtime, 92-90. In a fast-paced shootout, six Eagles scored in double figures and Makayla Dickens was the hero, posting a career-high 25 points and sinking two buzzer-beater shots—one to force overtime and the other to win the game in double overtime. This contest was a strong testament to BC’s grit and its ability to learn from its mistakes as the Eagles had blown it in the final minutes against Miami last week but successfully handled numerous late-game situations against Duke.

But, it appears that BC has not fully figured out how to navigate the fourth quarter after Sunday’s home tilt against Virginia Tech, dropping a high-scoring affair, 95-86. The Eagles held a double-digit lead for most of the contest—including a 16-point lead at halftime—but they squandered it in the fourth quarter, as they were outscored by 18 in the final frame. To make it even worse, junior guard Taylor Ortlepp left in the final minutes with an ankle injury. It’s quite likely that BC will be without one of its best players for at least a few games.

BC only had one game on the schedule this past week, a Beanpot tune-up against Connecticut—a team that’s currently at the bottom of the Hockey East standings. Behind multiple-point days from Ben Finkelstein, Oliver Wahlstrom, and Jack McBain, the Eagles escaped Storrs, Conn. with a 5-3 win.

In the early going, it looked like BC was thoroughly outplaying an inferior opponent. The Eagles built up a 4-1 lead during the second period, scoring three quick goals, but the Huskies stormed back. UConn cut that three-goal deficit to just one in the third period, but luckily for BC, the Huskies had nothing else in the tank, and the Eagles hung on for their ninth victory of the season.

The Eagles extended their win streak to six, routing a helpless Holy Cross team, 6-0. Six different Eagles found the back of the net and freshman goaltender Maddy McArthur pitched a shutout—a performance which resulted in her being named the Hockey East Defender of the Week. Riding a six-game winning streak, BC comes into the Beanpot with plenty of momentum as it shaken off its previous midseason woes.

BC dropped its first match of the season last week against St. John’s, but it has rebounded nicely since then, picking up a victory over UConn on Tuesday and then completing a successful weekend series with wins over Boston University and Southern New Hampshire University. In all three matches, the Eagles earned the doubles point, and they only lost a combined three singles matches. With three straight wins, BC has some confidence headed into ACC play next weekend against two ranked teams.

Women’s Tennis Has A Program-Defining Weekend

Two matches were on the docket over the weekend for the Eagles, and in both contests, BC prevailed. First, the Eagles ventured into the Cambridge to face off against Harvard, and they defeated the Crimson by a score of 5-2. BC completed the weekend in spectacular fashion with a monumental upset of No. 10 Syracuse, a win that marked the program’s first ever victory over a top-10 team in the nation.

Moment of the Week: Makayla Dickens’ Game-Winner Against Duke

Last week, Ky Bowman’s miraculous shot propelled the Eagles to a victory over Wake Forest. This time around, it was Makayla Dickens who was the hero. Against the Blue Devils, she tallied a career-high 25 points and seven 3-pointers. She also hit two buzzer-beaters, one to force overtime, and the other—shown below—to win the game in double overtime. With only three seconds remaining, Dickens received the inbound and lofted a running jumper, which fell and propelled the Eagles to a hard-fought victory.

Stat of the Week

That’s how many points Notre Dame guard Nikola Djogo was averaging per game prior to facing BC. But, against the Eagles, the third-string guard erupted for a career performance. Djogo scored 21 to help lead the Irish to a 12th straight win over BC in conference play. Much of Djogo’s output came from beyond the arc as he hit a team-high four triples, shooting 66 percent from deep. Djogo’s performance was another example of the Eagles’ poor defense, which has allowed several players who have had dormant production to explode for some of the best efforts in their careers.

In hockey, both the men and the women will compete in the Beanpot in first round matchups this week—on Monday and Tuesday, respectively—before competing in the consolation game or the championship the following week. Both teams finish off a busy week with conference matchups, as the men travel to Massachusetts Lowell on Friday while the women host New Hampshire.

Men’s basketball’s schedule only gets harder with road tilts against Duke on Thursday and Syracuse on Saturday. On the women’s side, the Eagles travel down to Charlottesville against Virginia on Friday before venturing back up to Conte for a game against Syracuse.

Both tennis teams are aiming to extend winning streaks—the men are traveling to South Bend to take on No. 24 Notre Dame on Friday before returning home on Sunday for consecutive matches against Virginia and Rhode Island, while the women host BU and Rhode Island on Saturday.

Other teams take the field for the first time this year, too, marking the unofficial start of the spring season. Lacrosse—the preseason No. 1 team in the country—host BU on Saturday in its home opener. Softball, meanwhile, has an especially busy weekend, playing five games in Austin, Texas in the Texas Classic. The team will face No. 16 Texas twice, and also square off against Boise State (twice) and Northwestern State.