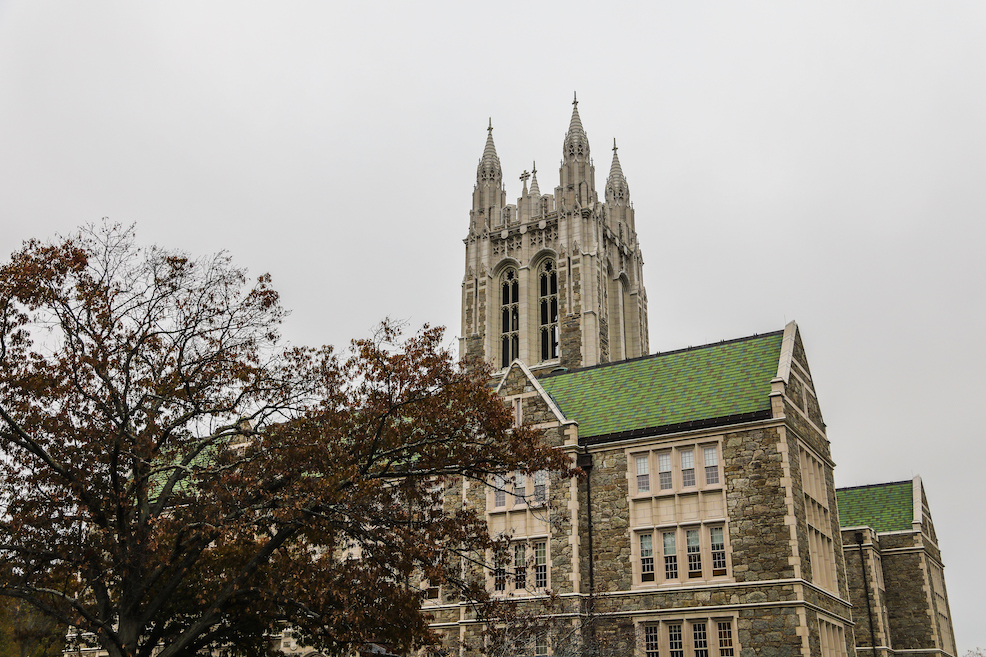 The three teams campaigning to be Undergraduate Government of Boston College President and Executive Vice President released their initial platform proposals to The Heights after they officially declared their candidacies this week. At the core of all three platforms is the intent to cultivate a more inclusive campus culture, but the teams disagree on how to go about achieving such change.

Each proposal lays out the spirit of what the candidates are concentrating their platforms on. Actionable steps were not included in most of the proposal drafts The Heights has seen so far—those will be found in the full platforms, which are due to come out on Monday after the election kickoff event.

Reid Aguilar, MCAS ’22, and David Crowley, CSOM ’22, want their administration to concentrate on fostering greater student involvement and inclusion by allocating resources to groups on campus that support this mission. They believe supporting such groups will allow students to live up to their potential and more successfully pursue individual passions.

Aguilar and Crowley could not be reached for further comment on what they believe are their qualifications to run for and potentially serve as UGBC President and Vice President.

Taylor Jackson, MCAS ’21, and Alejandro Perez, MCAS ’21, advocated for a broader approach, focusing on “community, commitment and collaboration” in order to cultivate a culture of acceptance and inclusivity in their initial platform draft. Their vision is to create more opportunities for students to share individual experiences, to strengthen alumni-student relationships, and to create new events for students that are “personable, relatable, and informative.”

When asked about what makes her the most qualified candidate, Jackson responded in an email that she “[wants] it more than the other candidates.” She emphasized that she is personally invested in changing the aspects of campus life that make students feel “undervalued and isolated.”

“I want to see change on this campus, not only for my friends and peers, but also for myself,” she said.

Jackson said she believes her history with the BC community as a member of the St. Columbkille Day Camp, which she says is “incredibly welcoming and inclusive,” provides her with a unique perspective of what the BC community has the potential to be at its best.

Perez cited his work as a resident assistant and Bowman advocate as microcosmic examples of how he and Jackson hope to foster a stronger sense of community at BC: implementing additional programming for students and creating more opportunities to have difficult conversations. He said he believes his experiences in these roles, serving as a senator for the Student Assembly, and working in the Office of Student Involvement demonstrate his commitment to the BC community and his preparedness to take on the role of vice president.

When asked why they were the most qualified candidates to run and serve as UGBC President and Vice President, Osaghae and Brooks emphasized prior leadership experience, demonstrated commitment to the BC community, and unique perspectives as factors setting them apart and enabling them to accomplish their proposed goals.

Osaghae has served the BC community not only as chair of the AHANA Leadership Council, but as a resident assistant, orientation leader, and compass mentor. Brooks has dedicated herself to working with the Student Admissions Program, theatre, chorale, and Campus Ministry, in addition to her role as a senator for UGBC. Participating in these groups, they said, provided them with crucial knowledge of how to effectively generate change on campus and will allow them to overcome “the loss of institutional knowledge” that can sometimes occur between UGBC administrations.

The pair also stated its intent to use its own experiences as students of color and the perspectives of all marginalized populations at BC to inform its actions while “[working] towards building a community where people can envision BC as an inclusive environment for all, a home.”