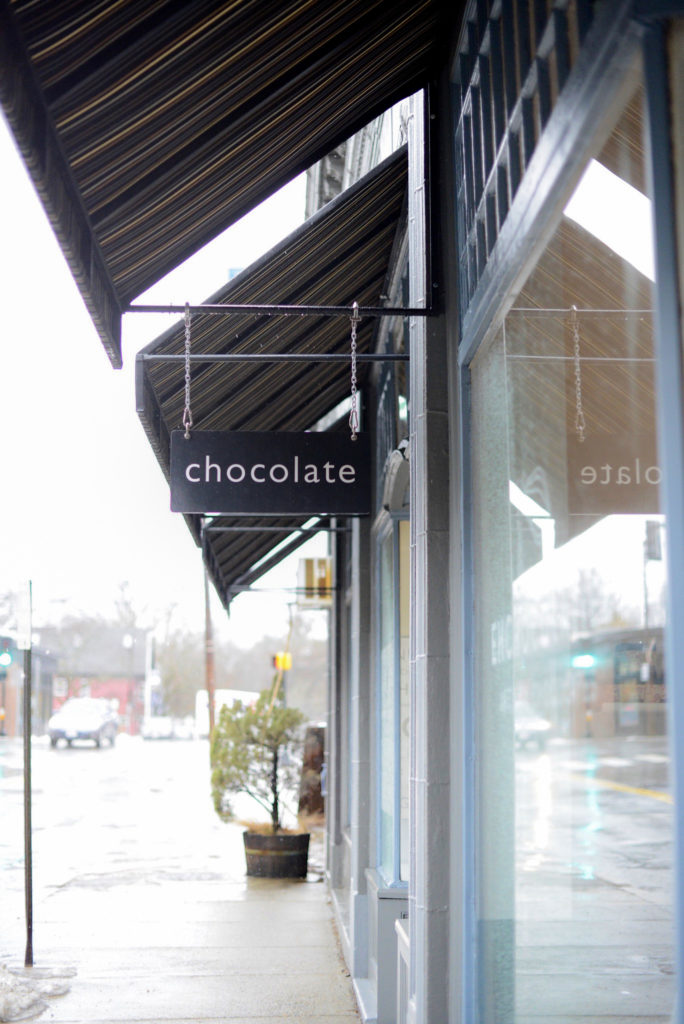 Gourmet chocolate boutique EHChocolatier returned to Cambridge for its grand reopening on Friday. The boutique—highly acclaimed by Boston Magazine, Food and Wine, and Fodor’s Travels—first opened in Somerville, Mass., a thriving center for artisan food, but was later moved to Cambridge because of its more visible and financially viable location, owner Elaine Hsieh said in an interview.

Advertised with a Facebook event page, the grand opening attracted patrons both old and new, who were offered free hot chocolate at the venue.

Johnson, a business owner in the area, had heard of the event and looked forward to indulging in his love of chocolate in time for Valentine’s Day.

“If you haven’t tried the hot chocolate yet, you should,” he said.

Another customer had overheard one of the owners talking to someone in the library about the opening and decided to give it a shot.

Its owners, Hsieh and Catharine Sweeney, met in 1999 when a friend asked them to bake a cake for a wedding in Martha’s Vineyard. Neither of them had ever made a wedding cake or met each other—since then, they’ve developed a long-term business partnership and friendship.

Hsieh began her baking career as all of the greats do: with an Easy Bake oven. After she mastered that art, she moved on to increasingly complex baking recipes until she chose to pursue a career in medicine as a physician. Deciding that her original passion would be more fulfilling, she returned to chocolate making.

Sweeney’s interest started by helping her mother bake. A lifelong passion turned into a career when her kids graduated from high school and she decided to leave an academic administration position to bake chocolate full time.

Their special focus is on “freshness and flavor,” with each product being given special attention and care through small batches. EHchocolatier does not use artificial flavoring, opting instead for “classic techniques,” “craft[ing] each chocolate by hand to create a perfect balance of flavor, texture and simple beauty.”

Adja, a self-proclaimed chocolate aficionado, recounted shopping in the Back Bay for gourmet chocolates and was enthusiastic to visit the opening of EHChocolatier “in the name of chocolate.”

Robin Dash, a retired professor of art and education at Brandeis University, spoke of the opening in the context of a societal situation—that the establishment’s relocation was a reflection of an ongoing restructuring and changing of the nature of community.

Hsieh said that she ultimately continues her work for its inherently personal nature.

“We make things we like to eat,” she said.

ECHocolatier is open from Mondays through Saturdays at 145 Huron Avenue.