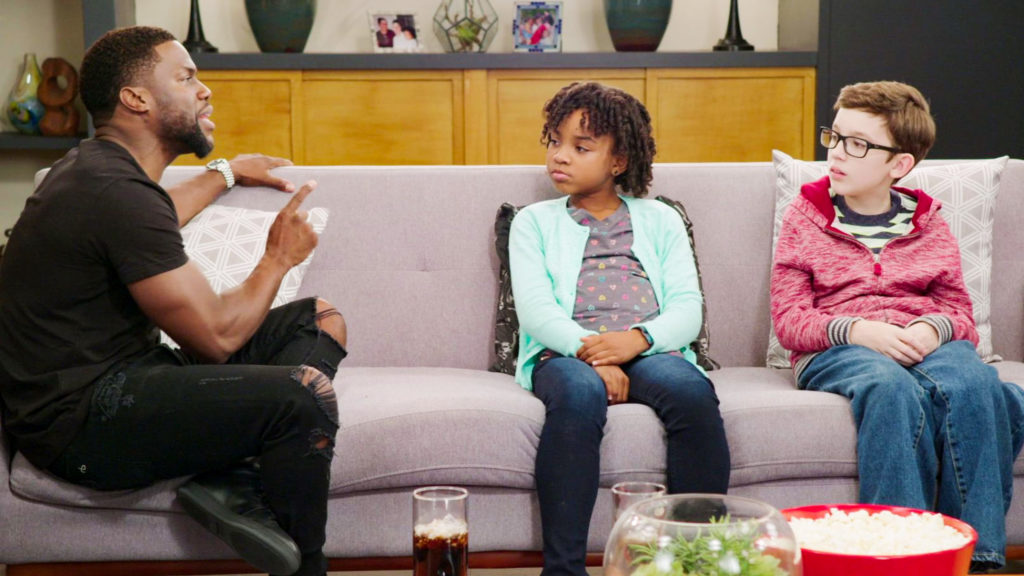 Kevin Hart’s had a rough year. After homophobic tweets of his from 2009 to 2011 resurfaced in December, he stepped down from hosting the 2019 Academy Awards. The Academy gave him a chance to apologize to the LGBTQ+ community but Hart passed, stating he had already addressed the tweets before and didn’t want to draw personal attention during the popular awards ceremony. Hart also admitted in 2017 that he cheated on his pregnant wife after a friend attempted to blackmail him for it. Regardless, Hart recently took a minuscule, redemptive step away from his whirlpool of controversy with Kevin Hart’s Guide to Black History.

While the comedian’s newest Netflix special doesn’t rack up the same laughs as his previous work, it offers something truly innovative by blending Hart’s self-deprecating and silly sense of humor with educational insights into historical figures in African-American history, as he encourages his daughter to be proud of her culture. Hart’s added role as a teacher shines as he chooses to focus on the lesser known heroes of the time, bringing unique stories to the table that draw the viewers in and constantly make them think “Wow, that really happened?”

Take Henry “Box” Brown for example, a slave who earned his freedom by mailing himself in a wooden crate to Philadelphia. As Hart tells this tale to his daughter through his “Big Book of Black History,” which she attempts to swipe through like an iPad, the audience is treated to a reenactment. Brown (Lil Rel Howery) hilariously grabs his stomach in insecurity as he lays scrunched in a box and is weighed in at 238 pounds by the U.S. Postal Service man. One of the biggest laughs comes from Hart describing the inspiration Brown had on others, showing the fictional Otis “Envelope” Evans tearing his shoe through the manilla envelope he desperately attempts to stuff himself in.

The best of these skits comes when Hart shares the story of Mae Jemison, the first female African-American astronaut. Not only does Jemison reiterate Hart’s theme of racial discrimination, but she also brings gender into the mix. A young Jemison is discouraged by her appropriately named school teacher, Miss Hater, toward becoming an astronaut, poking fun at the ridiculous gender norms of the time. Hater warns Jemison not to trust her “lady brain” and instead focus on baking pies to keep her future husband happy. Tiffany Haddish brings her magnetic presence to the screen as an older Jemison who enthusiastically calls NASA declaring “I’m a black woman who’d like to become an astronaut” and is immediately hung up on.

Hart’s blend of humor and history tends to die down in the second half when he trades more iconic figures, including Joe Louis and Josephine Baker, for laughs. While the stories are still good enough to keep viewers somewhat engaged, there is a feeling that something is missing. Most of his jokes don’t land, making Hart more reliant on the ones that do, such as in the story of Vivian Thompson and his boss Dr. Alfred Blalock, who uses Thompson’s brilliance for his personal gain. This involves a 70-second sequence where Thompson steps behind Blalock during a failing operation, sticks his arms in place of Blalock’s, and saves the patient while the doctor continues to assure spectators he has everything under control. Funny at first, it quickly begins to drag on like the skits to follow.

After the last of Hart’s stories, the special ends on a touching note where his daughter begins to understand the greatness held within her culture’s history. Her arc, motivated by Hart’s history lessons, goes from embarassed about the hardships faced to prideful of the vast intelligence, creativity, and change displayed, despite oppression and slavery.

Kevin Hart’s Guide to Black History may not be the comedian’s best work, but it is certainly one of his more important works. Hart displays a fresh sense of ingenuity by brilliantly mixing his funny side with significant examples of African-American culture throughout history. Although his jokes wither down in the latter half, the historical aspects and amazing stories that coat the Netflix special make it worth the watch.