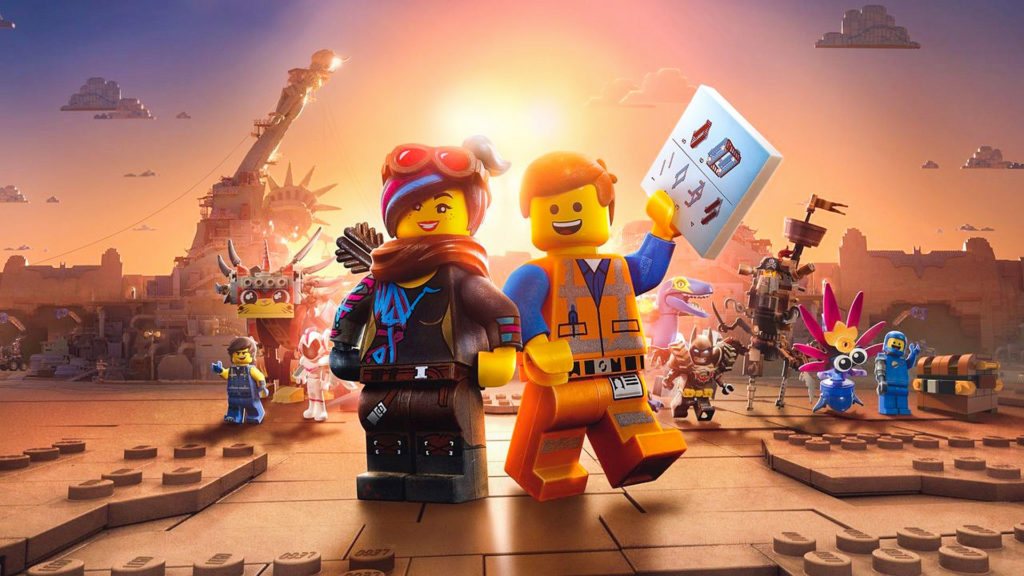 How do you follow-up a critically acclaimed masterpiece? By not trying to.

The Lego Movie 2: The Second Part, directed by Mike Mitchell and featuring a screenplay from Phil Lord and Chris Miller—the duo best known for both Jump Street movies and Cloudy With a Chance of Meatballs—doesn’t try to retcon the first installment’s story beats. It has fun with them.

The genius of The Lego Movie was derived from its premise, its defining metaphor, and an extremely unexpected yet far from outlandish twist. The Second Part’s best elements have more to do with self-effacing, humanity-mocking quips and an even more outlandish premise. The overriding metaphor is not thrown in the audience’s face nearly as strongly, but the comedy—while remaining niche at moments—still holds up to Lord and Miller’s typical level of excellence.

The Second Part focuses on Emmet Brickowski (Chris Pratt), the main character from The Lego Movie, and his continued efforts to “make everything awesome” with his positive, unaffected outlook, despite the “Apocalypseburg” his hometown has become. His “special life partner” Lucy, also known as Wyldestyle (Elizabeth Banks), has asked him to toughen and grow up with the changing, desolate times the first installment’s crew lives in.

All the characters—minus President Business (Will Ferrell), who is present for only a few moments, and Vetruvius (Morgan Freeman)—introduced in the first movie are brought back for The Second Part, but get far less time in the spotlight this time around. Metalbeard (Nick Offerman) who had more than a few Yoda-esque lines in The Lego Movie is mostly a background character, as is Benny the spaceman (Charlie Day)—who provided perhaps the best animated film half-minute ever with his “SPACESHIP” rant. Luckily, some of the new side characters provide more than enough in their stead, with Banarnar (Ben Schwartz) and Ice Cream Cone (Richard Ayoade) highlighting the Sistar System’s background characters.

Instead, the dynamic between Emmet and Wyldestyle remains the primary lens the audience gets to enjoy the film through. They’re two profoundly different characters, but they always seem to find the best in each other, a tired trope that the dynamism of Lord and Miller’s dialogue provides a new and fun spin on. The addition of Rex Dangervest (also voiced by Pratt) to the fold provides a fun rabbit hole for both Emmet and Lucy to go down. The toughened space hero forces both main characters to reconsider some of the values they’ve learned to hold dearest, while also bringing raptors whose yelps provide delightful subtitled lines.

The most notable new addition to the cast is Queen Watev’ra Wa’Nabi (Tiffany Haddish) and her constantly changing form. Her songs are the best of the movie, and her unclear motivations but quite positive mood lend a fascinating addition to the sequel that gives the film a different kind of vibe. The Second Part gives the Queen quite a large stage to perform on, a signature flourish from Lord and Miller, whose characters—even in animated “kids” movies—are always more fully developed than typical animated fare.

The jokes about Dangervest’s backstory, which clearly references Pratt’s own rise to fame, as well as the continued mockery of how many Batman movies there have been—and how many are in development—provide the kind of comedy adults can get behind at a movie that appeals plenty to children. Parents, particularly, can relate to the movie’s penultimate scene.

The film is defined by its extremely fun attitude: There are never any particularly dull moments, but this comes at the cost of the emotional strength of the first movie. By avoiding a repeat performance of the first time around, The Second Part gives itself space to establish its own identity as an excellent way to spend $12, but in doing so, it encountered a single downside: emotional investment.

It’s easy to root for Emmet and Lucy and Rex and Batman, but mostly because of how great they were in the original film and how great Batman was in The Lego Batman Movie. The Second Part is a sequel that can’t stand on its own, reducing some of the appeal of going. There are way more musical numbers and the actual plot—going to space to save Emmet’s friends—just isn’t as interesting as the plot of The Lego Movie.

Yet with all that said, The Second Part is essentially as good as it gets for an extremely dependent sequel. There may be even more jokes per scene, clever gags, and heartwarming moments than there were in The Lego Movie—when Batman (Will Arnett) screams “Don’t look at me!” and hides behind his cape, the whole theater dissolved into laughter. The visuals are extraordinary—perhaps both The Lego Movie and its sequel’s greatest achievements is the pure inventiveness behind the filmmakers’ ability to turn Legos into beautiful visual elements worthy of Academy Award nominations.

It’s unclear exactly where the Lego Movie franchise goes from here with its original characters. A racing movie from director Jason Segel is on the way, as is a much-anticipated Lego Batman sequel with plenty of storytelling to unpack, but the stories of Emmet, Lucy, and Co. doesn’t seem to have as much momentum as Lego Batman did. The lengths Lord and Miller had to go to to make the sequel worth the price of admission without being overshadowed by the achievement of the first sequel was monumental, but the lack of plot depth could make it difficult to delve deeper into the stories of the characters that fueled the beginning of what has yielded four successful movies so far. (The Lego Ninjago Movie was not bad!)

If this is the last audiences see of Emmet and Co.—whose future may be dependent on this weekend’s box office numbers—The Second Part is an excellent, if perhaps a bit fitting, end to the crew’s story. “War hardens the heart,” multiple characters intone multiple times throughout the film, and perhaps the heart of the franchise is showing signs of hardening.
Luckily, Batman will probably throw a batarang into that heart and make it explode for one more ride on the incredible Lego adventures of Emmet and his friends—there’s plenty of Lego universes for the crew to explore. Perhaps labeling The Second Part a lesser movie than its predecessor isn’t fair at all: The killer dialogue and brilliant visuals speak from themselves—all that’s lacking from this brisk hour-forty-five is the level of emotional depth The Lego Movie and Lego Batman provided. That doesn’t make it a mediocre movie, it makes it an excellent and worthy successor to two of the smartest animated movies released in the last 20 years, which is quite the accomplishment in and of itself. 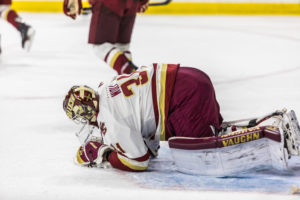