Even when working through genre conventions, Steven Soderbergh has always understood and represented our country through its various, often insular milieus that serve as microcosms for the greater American machine—and High Flying Bird is no different. High Flying Bird is Soderbergh’s take on a “sports drama.”

Those words belong in quotes because the film is hardly interested in heroic triumphs and comebacks on the court, deciding instead to focus its attention on everything happening behind the scenes. What audiences get is a deeply insightful, dramatically engrossing account of the commoditization of the game, the sprawling bureaucracy designed to enforce this money-making operation, and basically everything else sports fans prefer not to think about when sitting down to watch their favorite team play. As one character bluntly puts it, “the league is a business.”

In the film, the NBA is in the midst of an extended lockout stemming from disagreements between the Players Association and owners, and Ray Burke (Andre Holland), a sharp, fast-talking agent in New York, finds himself at the center of this strife while dealing with one of his newest clients, the promising rookie Erick Scott (Melvin Gregg). Scott needs Ray’s help to navigate these difficult times after making a poor financial decision just before the lockout began, so Ray, along with his former assistant Sam (Zazie Beetz), take it upon themselves to try to put an end to the gridlock, however possible.

In attempting to game the system, he chats with a cast of characters, including Myra (Sonja Sohn), the head of the Players Association; David Seton (Kyle MacLachlan), the smarmy lilywhite leader of the owners coalition; and Spence (Bill Duke), a passionate older coach running a community center in the South Bronx. In charting out this complex schema of intertwined capital, tentative allegiances, and disguised oppression, Ray—and really, Soderbergh—begin to question whether or not this is a system worth fighting for.

Spence is something of a mentor to Ray, and during one of their conversations, he describes the time when the NBA first allowed black players to join as a ploy to profit off of their talent, professing that “they invented a game on top of a game.” Evidently, things haven’t changed very much since then, as the film begins to dissect and examine this this highly stratified network of owners, players, coaches, agents, etc. It can be easy to ignore the intricacies within a behemoth organization like the NBA, but High Flying Bird forces audiences to reckon with the distinct experiences held by all these different characters. Giving potency to this idea is the film’s novel decision to pepper in throughout the narrative non-diegetic interviews with actual NBA players about their experiences starting out in the league.

At a taut hour and a half, High Flying Bird zips along, bringing together the hard-boiled chattiness of a ’70’s procedural and the pseudo-experimental look of its iPhone cinematography. As was the case with his last film, Unsane, Soderbergh’s decision to shoot on an iPhone (the 8, this time around) speaks to the film’s ideas about independence and working outside of the system—though, here he reaches a greater communion between these formal choices and their thematic implications. More practically, shooting on the iPhone lets him quickly and efficiently shoot all sorts of coverage from a variety angles and spots usually inaccessible to the average Red or Arri digital camera, and, as such, the film remains visually intriguing throughout. It’s been said before, but Soderbergh’s been working on his own terms in his post-retirement career, and this film may very well be the apex of this inspiring exertion of creative autonomy.
As the plot thickens and plans are put in motion, High Flying Bird undergoes a gradual metamorphosis as subtext becomes text, and this sports drama reveals itself to be more and more like a heist film. Soderbergh clearly has a thing for heists, probably because they’re fun, but also because he finds something amicable in anarchy. More than any of the Oceans movies or even the more recent Logan Lucky, this latest from the veteran director identifies and explores this large-scale tapestry of inequity before expressing the need for some genuinely democratic, well-intentioned rebellion. 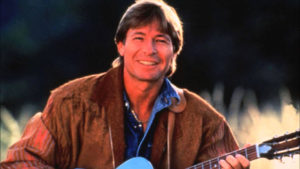