Home » Pacing Causes Attention to Wane in ‘Never Look Away’ 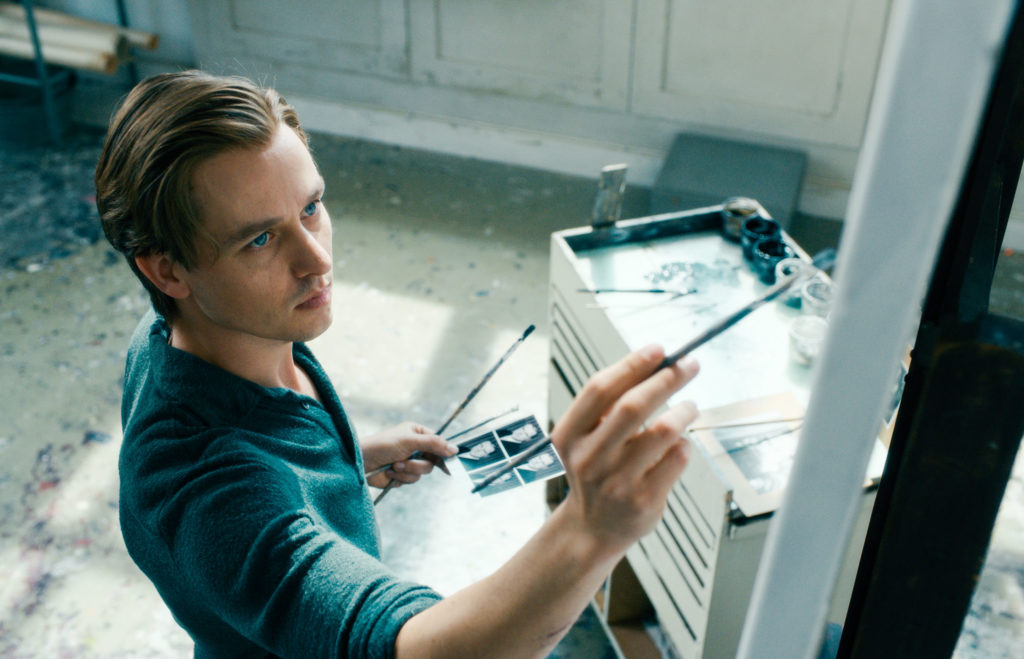 Pacing Causes Attention to Wane in ‘Never Look Away’

Never Look Away, or Werk ohne Autor as it was originally titled, is a German historical epic set in post-World War II Germany. It follows the first 30 years of the life of Kurt Barnert, a German painter who lived through Nazi Germany as a child and uses his experiences as inspiration for his work. This three-hour film succeeds in creating a realistic and disturbing depiction of Germany and the German people before, during, and after World War II, but somehow manages to feel as though it left out a lot of important details and moments from the story despite the extensive runtime.

One of the greatest selling points of Never Look Away is its cast, as the performances were brilliant all around. The main trio of actors is made up of Tom Schilling, Sebastian Koch, and Paula Beer, who are all phenomenal in their roles and do a great job of making the audience care about their characters. The best performance out of all of the cast members came from Saskia Rosendahl, who plays Elizabeth May, Kurt Barnert’s aunt. She is absolutely electrifying in her display of emotion, and during every single scene in which she participates, Rosendahl commands the attention of everyone watching.

Another brilliant aspect of this movie is the depictions of artists at work. Many of the scenes that involve either Barnert or some other artist making some sort of piece contained specific and accurate portrayals of how art is crafted through the medium at hand. The paintbrush strokes that Barnert utilizes as he paints, along with every other method of artistry showcased throughout the movie, actually illustrate the actor participating in the making of their piece and at least appear to be truthful to how artists actually create their work. These minor sets of details make scenes that would normally just show a character pretending to paint something far more interesting, as the audience can see tangible evidence of progress throughout their artistic processes.

Never Look Away also constructs a palpable world, in which the viewer can easily immerse themselves without ever showing too many landmarks or simply telling the audience about the setting. Instead, the atmosphere is created through the progression of the plot and the effects the world has on the characters. For example, one of the first scenes of the film visualizes how devoted the German people are to Adolf Hitler by showing a group of schoolgirls enthusiastically making the Nazi salute and screaming during a rally as though Hitler were a pop star rather than a political figure. The man is never seen, but reactions to him and genuine excitement in the faces of the girls is an unnerving and effective way of showing the audience the state of the country instead of telling them.

Despite these positives, there are still quite a few issues with the film. For one, there seems to be a significant lacking of meaningful scenes between love interests in the film other than sexual encounters. There is an abundance of prolonged sex scenes throughout, but very little else other than a few scattered traumatic events to explain the romance between the main characters. This makes it hard to get invested in the couple since the audience is never shown what makes them compatible outside of sexual desire.

Even though the film is more than three hours long, it still feels as though a lot is left out. Never Look Away could realistically be four hours long if the filmmakers felt the need to elaborate on a few missing plot points or conclude some of the better developed storylines. It can be rather irritating and unsatisfying to leave various aspects of the film entirely unresolved, especially when so little of the film up until the climax was left up to interpretation. Along with that, some of the “up to interpretation” moments of the film come off as quite pretentious, as they are reincorporated as if the entire movie has hinged upon those moments, even though very little time has been spent examining them.

These are minor issues, but it can be frustrating to watch as the director insists upon the significance of something that has not quite earned that level of praise.

Overall, Never Look Away is a captivating and interesting film that should be on the radar of both fans of foreign films and fans of films in general. This is an accessible starter movie for anyone who might be thinking about delving into foreign cinema, and its positives certainly outweigh its flaws. By no means is it a perfect movie, but it is definitely worth the three hours.