Michael Osaghae, MCAS ’20, and Tiffany Brooks, MCAS ’21, defeated Taylor Jackson, MCAS ’21, and Alejandro Perez, MCAS ’21, in the race for the Undergraduate Government of Boston College’s President and Executive Vice President positions, according to an email from the elections committee. The non-binding referendum calling on BC to divest from fossil fuels also passed.

“We are honored and excited to serve as your UGBC President and Executive Vice President for the upcoming year,” Osaghae and Brooks wrote on their campaign’s Facebook page. “We look forward to amplifying the voices of all and instituting changes that will advance the goals of our student body and improve our institution as a whole.

“We are both aware of the responsibility that comes with these positions, and will work tirelessly to ensure that UGBC engages our entire student body passionately and adequately.”

Sophomores voted the most out of any class, notching 827 trips to the ballot box. A total of 613 freshmen, 549 juniors, and 425 seniors voted as well.

The Morrissey College of Arts and Sciences boasted the most voters by school, with 1,528 of the voters hailing from MCAS. The Carroll School of Management had the next highest total with 485 voters. One hundred eighty-three Lynch School of Education and Human Development and 118 Connell School of Nursing students voted.

On the referendum, students tallied 2,005 “Yes” votes and 374 “No” votes. No majority of an individual school or class voted against the referendum.

Only 25.8 percent of the student population voted in this year’s presidential election, the lowest turnout rate of the decade.

Both campaigns centered their messages around creating conversation surrounding diversity and inclusivity, as well as more successfully representing varying student voices on campus.

Osaghae has served the BC community not only as chair of the AHANA+ Leadership Council (ALC), but as a resident assistant, orientation leader, and compass mentor, as well as serving in the Student Assembly prior to becoming ALC chair. Brooks has participated in the Student Admissions Program, theatre, chorale, and Campus Ministry, in addition to her role as the music, arts, and performance senator for UGBC.

This story will be updated.

2019
Jefferson Crowther, Father of ‘Man in the Red Bandana’ Welles, Dies at Age 73
Baseball Preview: What to Know About BC in 2019 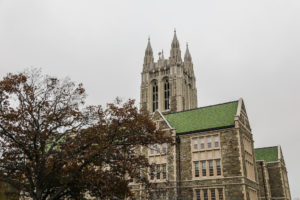 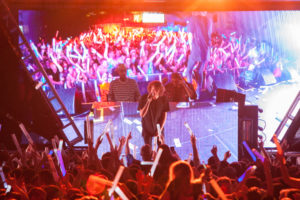