“We are running out of time to transform our economy and society in the face of climate change, and the Greater Boston region is now confronted with the worst traffic in the nation,” Wu wrote in the petition. “The proposed fare increase represents a step in the wrong direction when we can’t afford anything less than aggressive progress forward.”

Wu recently penned an op-ed in The Boston Globe that called to make the T free for riders. The petition asks the MBTA to take steps toward fare-free transit, beginning with free passes for Boston students and senior citizens and creating a low-income fare option for people who cannot afford the standard price.

It also called for “fare equity,” noting the distance-based fees for the bus and T exclude low-income people from getting a job far from home, and the zoning for commuter rail fares as it is now splits Boston into multiple zones and therefore multiple fares. Wu also wrote that instead of installing expensive fare vending machines at bus stations where most riders use cash, those routes should be marked as fare-free.

The MBTA should look to create a sustainable source of revenue for creating a fare-free system by implementing congestion and tolling pricing, supporting the surcharges for ride share services, such as Uber and Lyft, supporting legislation that would allow voters to “identity and raise revenues” for transit funding, she wrote.

“Transportation planning must not exist in a vacuum, and fare hikes will only continue to exacerbate the inequities and climate and public health challenges facing our city and region,” Wu wrote. “Please take action to strengthen opportunities for generations to come by embracing transit equity and access.” 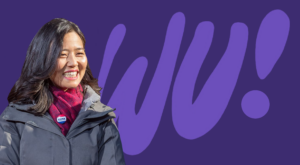