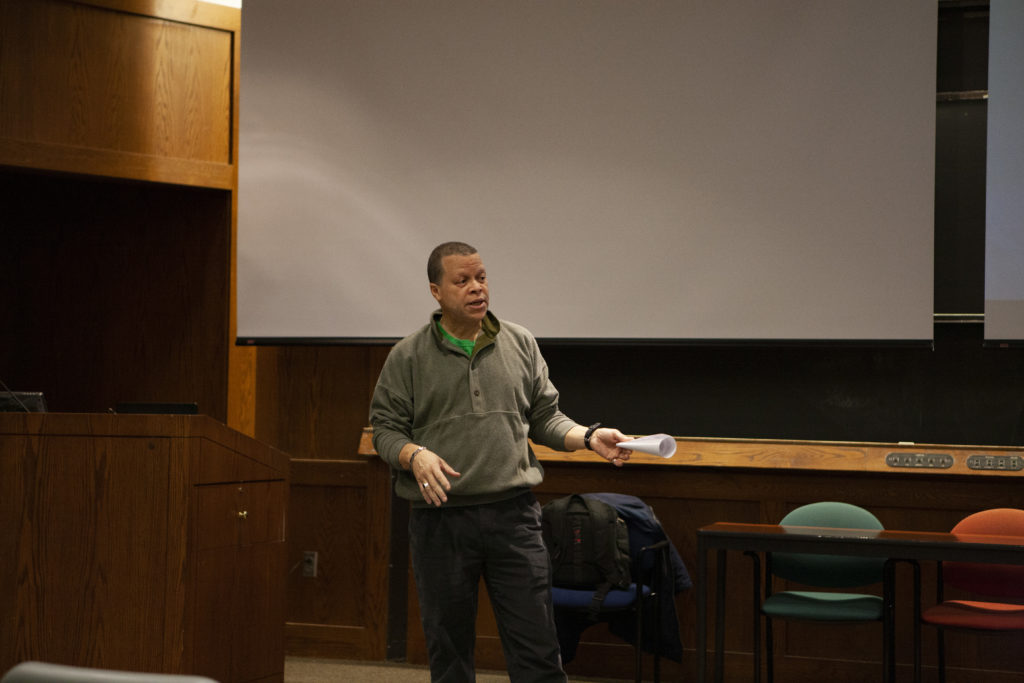 Behind day-to-day interactions lie a host of unconscious influences and biases, invisible to conscious thought. In honor of Black History Month, Rick Pinderhughes, a part-time faculty member in the Boston College School of Social Work, addressed an audience of faculty, staff, and students on how to recognize these prejudices through his workshop, “Interrupting Barriers to Being Culturally Responsive,” on Thursday night.

Pinderhughes also serves as the Director of Programs at Visions, Inc., which bills itself as “a non-profit training and consulting organization, specializing in diversity and inclusion.” Pinderhughes said that the company works with organizations and institutions pursue diversity and multiculturalism.

He began by describing cultural scripts—the social patterns people absorb from observations of the world. Some scripts are benign, such as picking up on important values through conversations around the dinner table. But the same situation also impresses certain gender roles on kids, shaping future expectations of how men and women behave.

In his own life, Pinderhughes recalled that his mother was usually energetic and his father—a psychoanalyst—was withdrawn and deliberate.

“He would wait for long periods of time while we’re having our conversation,” Pinderhughes said. “And then towards the end of the conversation, he’d drop this nugget and say something really profound about what’s happening in the conversation, what his thoughts are on the issue. And I realized looking back that I began to place some more importance on his views and his voice.”

Cultural scripts lead people to extrapolate their observations onto themselves and others, often leading to erroneous assumptions that people explicitly disagree with.

“We often say that culture is the water we swim in,” he said. “The fish doesn’t know it’s in the water.”

Pinderhughes presented a chart of historically targeted groups with four columns: type of oppression; “variable,” or distinguishing characteristic; non-target groups; and target groups. He said each form of oppression on the chart leads to unequal distribution of resources, power, and institutional support when combined with biased cultural scripts. The chart spanned from racism and sexism to militarism—which describes the lack of support veterans of certain conflicts suffer from—and sizeism.

He pulled the audience into the conversation by showing them as video of two groups passing a basketball and asking participants to count the number of passes. At the conclusion of the video, he explained that the task primed the audience to overlook a man in a bear costume moonwalking across the screen.

“Even when something’s right in front of our face, if we’re looking through a certain lens, we are likely to miss it,” Pinderhughes said. “And this includes our own behavior. It doesn’t have to be traumatic for us to notice these things about ourselves.”

“To some degree [racist] behaviors, and to a great degree [racist] institutional practices, have been outlawed, how is it that racism is able to continue on fairly systematically, with not that much of a decrease?” he said.

Pinderhughes said that implicit bias has overtaken overt discrimination. The first “symptom” of bias is the use of facially neutral factors to excuse inequities between privileged and oppressed groups.

“In Boston, we had busing, forced busing, and I actually heard one of the parents say this: ‘I have nothing against black folks, but I need to get to work on time, and the buses are going to cause some serious traffic,’” he said.

Under internalized oppression theory, those reactions are undergirded by biased cultural scripts, Pinderhughes said. Other consequences include blaming victims of oppression, avoiding contact, and denial of difference—the tired refrain of “I don’t see color.”

Excluded groups can exhibit the flipside of these behaviors, which Pinderhughes dubbed “survival behaviors.” People of color, Pinderhughes explained, might feel reluctant to speak their mind about racism to avoid standing out.

Hoping to show the audience how early these scripts are written, he showed a video recapping several studies done on elementary school-aged children.

In one study, researchers showed subjects several pictures of interactions between white children and black children. White children interpreted the situation as negative more than 70 percent of the time, often reading malicious intent onto the black character or giving the white character the benefit of the doubt.

Another study had students select their favorite doll from a collection of white and black alternatives. Overwhelmingly, the kids—of all races—chose the white dolls, citing their friendliness and attractiveness.

Kenneth and Mamie Clark, who pioneered this experiment in the 1940’s, used the results—which have been replicated in the decades since—testified as expert witnesses in several school desegregation cases throughout the Civil Rights Movement. Their work even impacted Brown v. Board of Education, which famously held that segregated schools had damaging psychological effects on children.

In one interview, a white child told the researcher that he didn’t think his parents would want him to bring a friend with different skin color back home—not because they had said anything, but because he had never seen them interact with people of color.

“I doubt his parents explicitly told him, right, but he’s just watching the relationship,” Pinderhughes said. “He’s just watching who’s in his parents’ life. And it’s putting together that information. We’re doing this at 60 miles an hour as young children.” 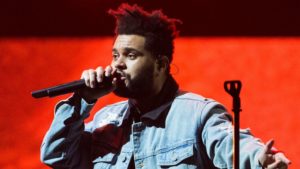