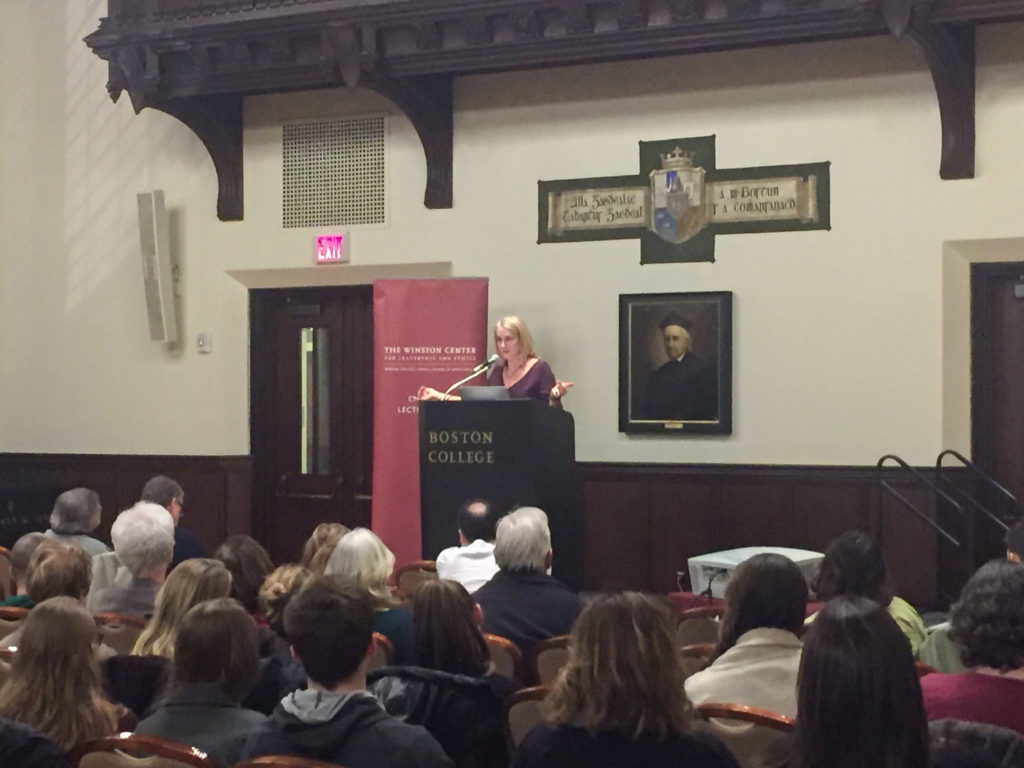 In an surprising turn of events, Gasson 100 united social justice advocates and Netflix binge-watchers in a single forum on Tuesday.

Piper Kerman, author of Orange is the New Black and inspiration for the Netflix series of the same name, delivered the Chambers Lecture for the Winston Center for Leadership and Ethics this week. Her address discussed her prison experience and prison reform advocacy.

Kerman served 13 months in a federal prison for carrying a bag of illicitly acquired money from Chicago to Brussels. Even though Kerman had found fellow Smith College alumnae and established a life in California in the intervening years, she presented herself for incarceration in Connecticut. The facility presented her with some essential items, but not basic hygiene products like toothpaste, which she could not buy from commissary as a new inmate.

“You are completely reliant on the kindness of strangers,” Kerman said. “And the last thing I expected on my first day of prison was to experience kindness at the hands of the other women there.”

She noted the utilitarian prison infrastructure, praising her ward’s “resident artist” for making decorative name tags for her fellow inmates’ bunks. Kerman appreciated her attention to aesthetic detail, as well as the assertion of their names as being more important than their numbers.

“American prisons and jails are very intentionally built and operated to be incredibly harsh, punitive, difficult places to exist,” Kerman said. “That is part of the American idea of punishment—not corrections, but punishment.”

At one point, Kerman and other inmates were transported from Connecticut to a Chicago facility via jumbo jets. Kerman emphasized the degrading restraints inmates endured as well as the prison system’s bias against marginalized populations.

“You see vastly disproportionately black and brown people, you see people of every age, you see people from many walks of life,” Kerman said. “And what you hear is the rattling of chains as you are transported from one facility to another.”

She also highlighted the profound impacts of incarceration on inmates’ lives, including homecoming barriers to relationships and social opportunities. She condemned the United States for its imprisonment philosophy of punishment rather than reform, citing historical examples of punitive oppression, like chattel slavery and the displacement of indigenous peoples.

“I think that our commitment to harsh punishment, tolerance of it, [and] our embrace of it has very deep roots in this country and we have to contend with that if we ever want to do better,” Kerman said.

While in the federal facility in Chicago, Kerman began to experience depression and paranoia about not being let out on her release date. She was grateful to be released to her husband in 2005.

Kerman said that Netflix’s Orange is the New Black, named after her memoir, represented federal corrections facilities well. She showed a clip from the pilot episode taken verbatim from her book, indicating the small details about furniture and set design that made it immersive. She noted that she was heading- to the series’ final shoot the next day.

Kerman detailed systematic changes that she advocates for, including common sense prison reform—which is geared around simplifying and, in the opinion of its advocates, humanizing the criminal justice system—jail and court reform, and better care for children in the system. She said that her personal contact with women inmates helped her to see the potential for empathy and solidarity in the face of oppression.

Featured Image by Rebecca Reilly / For the Heights 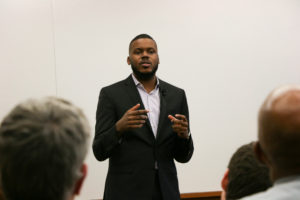