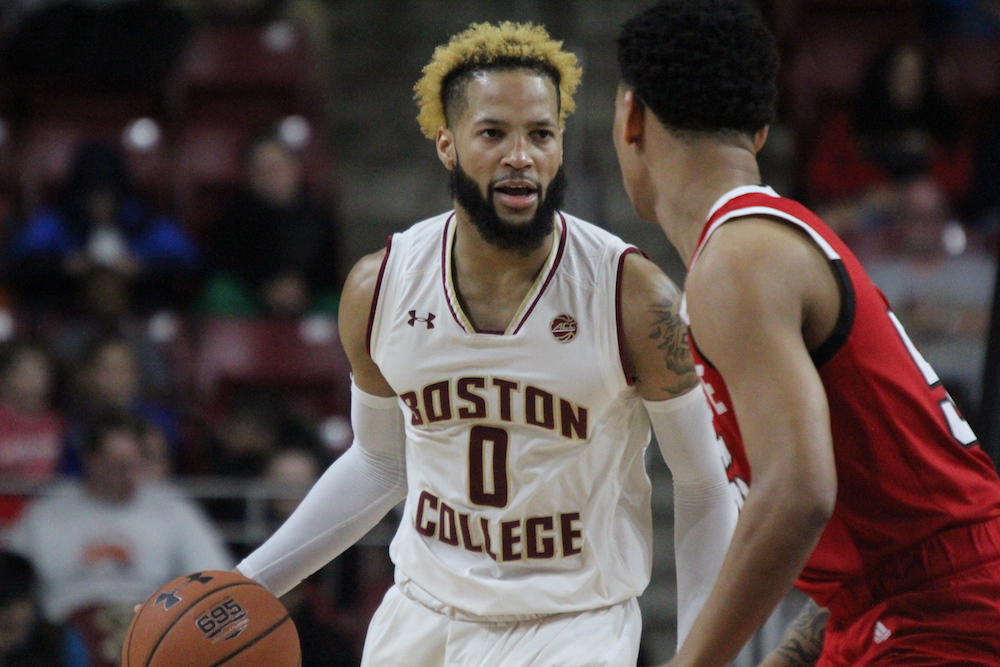 Boston College men’s basketball point guard Ky Bowman has improved in practically every major statistical category each season of his three-year career on the Heights. His linear progression translates directly to his ACC accolades.

On Monday afternoon, Bowman—who was selected to the ACC All-Freshman Team in 2016-17 and recognized as an All-ACC Honorable Mention in 2017-18—earned a spot on the All-ACC Second Team with 188 total votes to his name, 151 more than he received last season and the seventh most of any player in the conference.

Bowman, who stole one vote from Zion Williamson for ACC Player of the Year, finished the regular season as the only player in the league to rank inside the top 10 in scoring (19.2 points per game), rebounding (7.6 rebounds per game), and assists (4.0 assists per game). The Havelock, N.C., native clocked in at fourth, 10th, and ninth in those respective fields.

As far as durability is concerned, it doesn’t get much better than Bowman. Just like last year—a campaign in which the Eagles really only had five scorers for much of the season—the guard was a mainstay on the floor. Bowman averaged a career-high 39.4 minutes per game, more than any other player in the country, bringing the ball up the court nearly every possession of the 30-game regular season.

Bowman was far from perfect, though. In fact, his field goal percentage dropped to a career-low 40.6 percent and his free throw numbers dipped below the 80 percent mark. But the guard’s declining efficiency is understandable. After all, he played half the season without a secondary ball handler. In the 15 games that freshman Wynston Tabbs—who put up an average of 13.9 points per contest while on the court—missed, Bowman shot just 35.3 percent from the field and 35.2 percent from downtown. Meanwhile, with Tabbs, Bowman was shooting 46.2 percent from the floor and 40.8 percent from 3-point land, both of which would have far surpassed his sophomore year marks.

The NBA hopeful—currently rated at No. 58 overall on CBS Sports’ Prospect Rankings—hasn’t converted more than 38.9 percent of his field goal attempts in each of the last eight games, but he’ll have a chance to up his draft stock if BC can stitch together a mini ACC Tournament run.

Bowman is the 10th player in program history to earn All-ACC honors. Whether or not he can complete the cycle with a First Team nod in 2019-20 is dependent on the playmaking guard’s decision to either forgo his senior season or leave BC for the NBA.