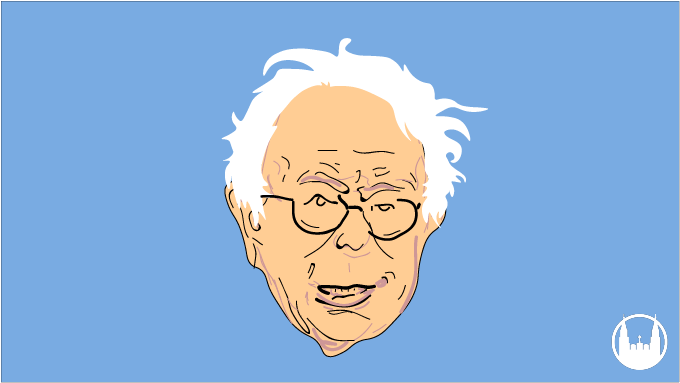 I have come to the ultimate realization that definitions are in fact important. They establish the most intrinsic characteristics of whatever it is that is being examined for all members of the discussion to accept. Failure to adhere to the rules established by how words and concepts are defined when debating them would be tantamount to working on a practice test while the reflection of the answer key on your phone screen is still plastered across your cornea—you can do it, but it’s pretty useless.

To the accompanying roar of millions of juveniles’ approval, Bernie Sanders announced his second presidential campaign. The man who went from being an incognito octogenarian to one of the most well-known politicians in the country is back once again with all the policy positions that made him ubiquitous to the American college student in the first place—a free college education, universal healthcare, and a $15-an-hour minimum wage are all among a plethora of ideas and proposals that fall under his iconic brand of “Democratic Socialism”.

This platform has now been picked up by numerous amount of Congressmen and women in his wake and also has gained control of the market share of American brains at an accelerated rate, no doubt. But is it a brand which actually reflects the ideas that these representatives in congress endorse? Because although I indeed hear a lot about what it will mean for America within the confines of college, represented as a cradling mother or as Mephistopheles depending on whom you ask, I don’t hear a lot in regard to what it is specifically that is to be so epoch-defining.

That last issue is the most important one for me to discuss. I am not here to tell you to support Sanders or to despise him, because that is the decision you must make as an adult. However, as an adult who is making decisions, it is usually most strongly advised to formulate your opinions on the basis of defined terminology and an accepted basis in reality. Otherwise, you’re really only banishing yourself to the cesspool of political critique and commentary, where the incessant screaming competition is held.

So in the pursuit of creating a more informed and understanding collegiate discussion, it is important to discern what socialism is, if and when it can be conflated with communism, and observe where the chips fall vis-à-vis Sanders, Ilhan Omar, Alexandria Ocasio-Cortez and the entire progressive faction that is so messianic to many college students.

Dancing behind the cadence of political discussion around the campus environment is an opinion that often floats itself into the public discourse. This is the idea that socialism occurs when the government imposes regulations on how companies operate, or when it collects more taxes and establishes more welfare programs. Yet this is an erroneous assessment, due to the fact that socialism is an economic system which has existed in countries without government structures throughout the 20th century spanning from Spain to Russia. It seeks to reorganize the governance of society as a whole, namely in the production and distribution of resources.

This is why socialism is defined in actuality, in very loose terms, as “an economic system that involves democratic ownership of the means of production,” where “means of production” are identified as the resources and tools to produce everything in the economy (also known as “physical capital” for those who took Principles of Micro). Put simply, this means to say that socialism is when workers own the factories they work in, and the role of entrepreneur no longer exists. How does this align with the vision and ideas being propagated recently within U.S. politics?

Well, to respond to such a question with anything other than “not at all” would only serve in the mitigation of candor, which is a useless exercise. The fact of the matter is that the politics of “economics and social justice,” as presented by people like Ocasio-Cortez do not strive to abolish private property rights nor the exchange of labor for wages. They instead promote capitalism and the right to private ownership of the means of production while giving the government extensive responsibility in regard to regulating industry and providing welfare for its citizens, which, in the realm of political scientists and every place on the planet not called the United States of America, would mean that these politicians are labeled “social democrats”. This, above all else, is the crux of the issue.

And yes, before you ask, this has indeed been an entire column of slowly delineating the differences between socialism and social democracy. However, it is also a column about the importance of, as the old phrase goes, “saying what you mean and meaning what you say.” It is about the importance of fully understanding every word that comes out of your mouth in order to possibly fathom ever beginning to mean them. If we are going to continue fostering rich and intellectually-laden discussion, then we must learn to always choose our words carefully and with complete understanding rather than resorting to dealing with the oversimplification and sensationalism of those who discuss politics on television who—in lieu of the former—is all they have.