DiPatri: Hometown on the Big Screen

Every time I’ve heard the word “icebreaker” during my freshman year, I stress about the same question: Do I say I’m from Chicago, or do I just say I’m from Illinois? If I say Chicago, anyone who is actually from Chicago will point out that I don’t live within the city’s limits. If I just say Illinois, everyone will think I live in some middle-of-nowhere farm town they’ve never heard of.

The reality is that neither is accurate—I’m from Wilmette, on the north shore of the Chicago suburbs, a place that people who aren’t from the Midwest don’t know exists. I realized this when my roommate asked if I was from “the part near Nebraska,” as well as from other native east-coasters who gave me confused looks when I tried to explain that “near Wisconsin” does not mean away from civilization.

It doesn’t surprise me that almost no one at Boston College understands the Midwest—I myself was vocal about how I was bored of the Midwest and longed to go far east for college. Still, I wanted to solve this problem. I needed a reference point. And that’s when it dawned on me: Instead of complaining about the tundra I call home, I could show everyone my favorite of its few redeeming qualities—I practically live on the set of everyone’s favorite movies, whether they know it or not.

Now, when it’s my turn to answer the icebreaker, I say I live “where Ferris Bueller lives.”

First, though, I need to backtrack. Ever since I watched Star Wars as a (probably too young) child, I’ve loved film. I’m not talking “I spend a lot of time on Netflix.” Rather, I would describe it as “I spend long periods of time updating my Letterboxd account and I talk about Lady Bird way too much.” Of course, one of the first must-see movies I ever watched was The Breakfast Club. It soon became one of my favorites, and from there, I fell in love with John Hughes movies—the ’80s classics everyone knows and loves.

While I will always love the absurdity of Home Alone and the cute romance in Sixteen Candles, what made Hughes’ movies stand out was not only the stories they told, but rather the type of familiarity in his movies that wasn’t present in any others. Most of his films take place on the north shore of Chicago, yet people who don’t live there can get through most of Hughes’ filmography without really noticing. But, to me, his movies felt like an homage to my home.

As much as I grew tired of the north shore of Chicago as college drew closer, I also grew to appreciate the way John Hughes made my mundane corner of the Midwest become the place that some of the most memorable laughs and love stories call home. This realization reminded me of one of my favorite quotes from Lady Bird, when Sister Sarah Joan tells Lady Bird that her writing makes her love for Sacramento clear. Lady Bird, feeling the same way about Sacramento as I do about the Midwest, says that she was “just paying attention,” to which Sister Sarah Joan responds, “Aren’t they the same thing? Love and attention?” It was not until I came to love the way John Hughes drew attention to the north shore of Chicago that I realized maybe I did love the place I wanted to leave so much.As Ferris Bueller—and every high school senior ever—once said, “Life moves pretty fast. If you don’t stop and look around once in a while, you could miss it.” Just kidding, I’m not going to be cliché. Really, my favorite quote comes from Cameron, when he says, “Ferris Bueller, you’re my hero.” Ferris and the world of characters that Hughes created helped me grow to love my little slice of the Midwest that I once dreaded. Ferris Bueller, you’re my hero. 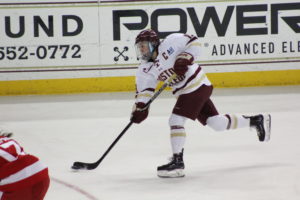 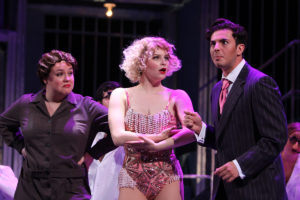 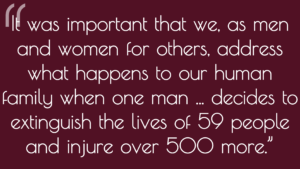