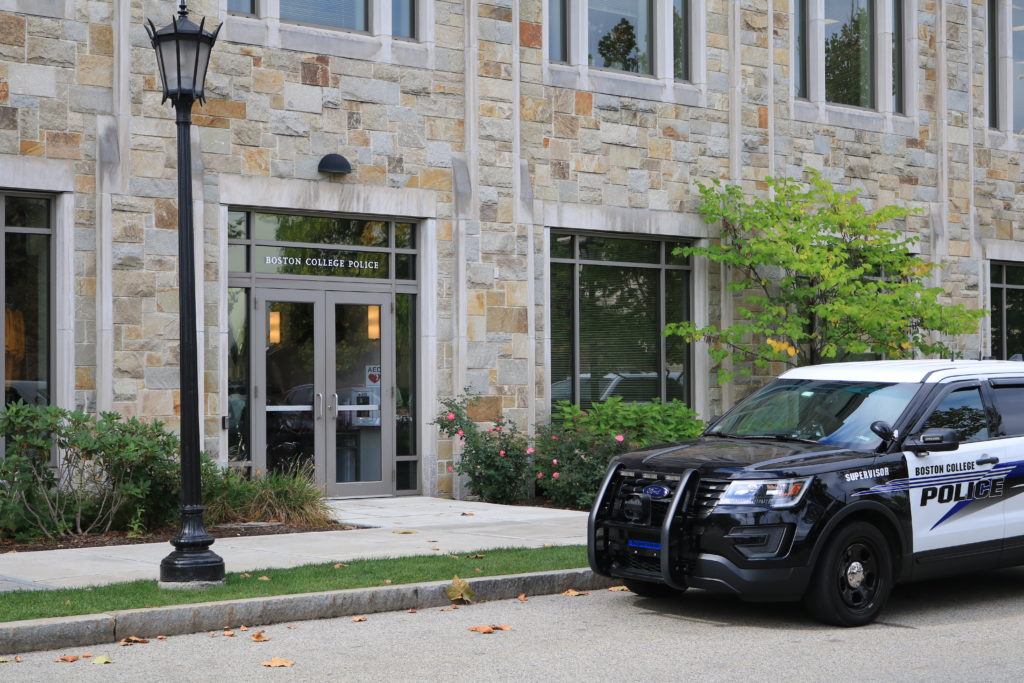 Eric Tran Thai, a 36-year-old man from Dorchester, Mass., was arrested by the FBI on Monday for covertly recording male students at Boston Latin High School in the school’s bathrooms, according to a justice department statement. Thai has been under investigation for a year, after being caught and arrested by the Boston College Police Department for covertly filming BC students from a stall in the fifth floor men’s bathroom of O’Neill Library in February 2018.

Thai was arrested based on probable cause of five counts of knowingly employing, using, persuading, inducing, enticing, or coercing a minor into engaging in sexually explicit conduct for the purpose of producing any visual depiction of such conduct.

“Each charge of sexual exploitation of children provides for a mandatory minimum 15 years and up to 30 years in prison, a minimum of five years and up to a lifetime of supervised release, and a fine of up to $250,000,” the statement says. “Sentences are imposed by a federal district court judge based upon the U.S. Sentencing Guidelines and other statutory factors.”

Thai was banned from BC’s campus as a part of his original arrest.

The federal investigation has revealed that Thai was in possession of over 20 terabytes of data gathered over approximately 20 years. The FBI affidavit disclosed for context that the Library of Congress contains 20 terabytes of text, and a terabyte of video is approximately equivalent to 1,000 hours of footage. The Middlesex County District Attorney’s Office originally found folders labeled BU, MIT, Harvard, Northeastern, Bunker Hill, Boston Latin High School, Target, and several malls, airports, and foreign country locations among the data.

The violations perpetrated at BC were reported by BC students to BCPD on Feb. 27, 2018, when four officers reported to O’Neill and found Thai in one of the stalls using a small tablet, according to redacted BCPD police reports available through public record. Thai allegedly initially identified himself as a BC student before admitting he was not one. Thai initially said that he was using Grindr and that he had not been taking pictures or videos of students, allegedly saying that he was not a pedophile.

BC students then confirmed to the officers that Thai was the one they had allegedly seen videotaping them. BCPD then arrested Thai and brought him in for further questioning. BCPD then confirmed during questioning that Thai had previously had a run-in with another male student on Feb. 6, 2018 over alleged videotaping that took place in McElroy Hall. When asked if he had videotaped people before, he allegedly told the officers that he had other video equipment at his house in Boston. He allegedly told the officers that he had videotaped at UMass Boston, Boston University, and BC. He would not tell officers when or how often he had done this.

The case was brought before Middlesex District Court, but it was pushed to Middlesex Superior Court in February amid the FBI investigation.

Mayor Martin J. Walsh told The Boston Herald that he is “outraged,” and that the “allegations are incredibly disturbing and counselors are being made available to any students or faculty that need additional support.”

Additional safety measures are being adopted at Boston Latin, according to the Herald. Increased police presence, adult supervision at entryways, and ensuring exterior doors at the school are locked are among the changes approved, according to Boston Public Schools Spokesman Daniel O’Brien.