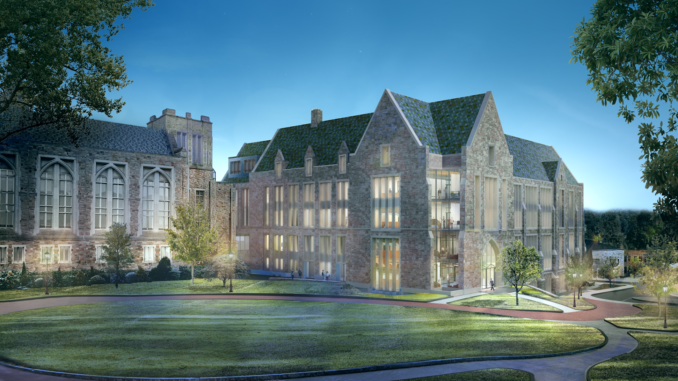 Editor’s Note: This is a fifth in a series of articles about the preparations being made for the Schiller Institute for Integrated Science and Society.

During their Nov. 29 meeting—a summary of which was released publicly last week—the group discussed the current status of the upcoming Schiller Institute for Integrated Science and Society, which the University hopes will promote interdisciplinary research.

Tom Chiles, Vice Provost for Research and Academic Planning, led the presentation. He confirmed that the schematic design and design development stages had been completed. Although a number of options had been considered, the University decided to construct a new stand-alone building, which will be built on the current site of Cushing Hall.

University Spokesman Jack Dunn said in an email there was nothing concrete to report on the matter, nor further details relating to whether or not a program would exist and how it would be formed at this time.

When Chiles first announced the University’s plans to build what was then the Institute for Integrated Sciences and Society, he said that he was exploring engineering but that there was no timeline or plans at the time.

PAC is a group of faculty representatives and administrators from the Provost’s office that advises Provost and Dean of Faculties David Quigley on “issues of major importance to the faculty and academic operations of Boston College.” Each division in the Morrissey College of Arts and Sciences has two representatives, while each of the other schools at BC have two total.