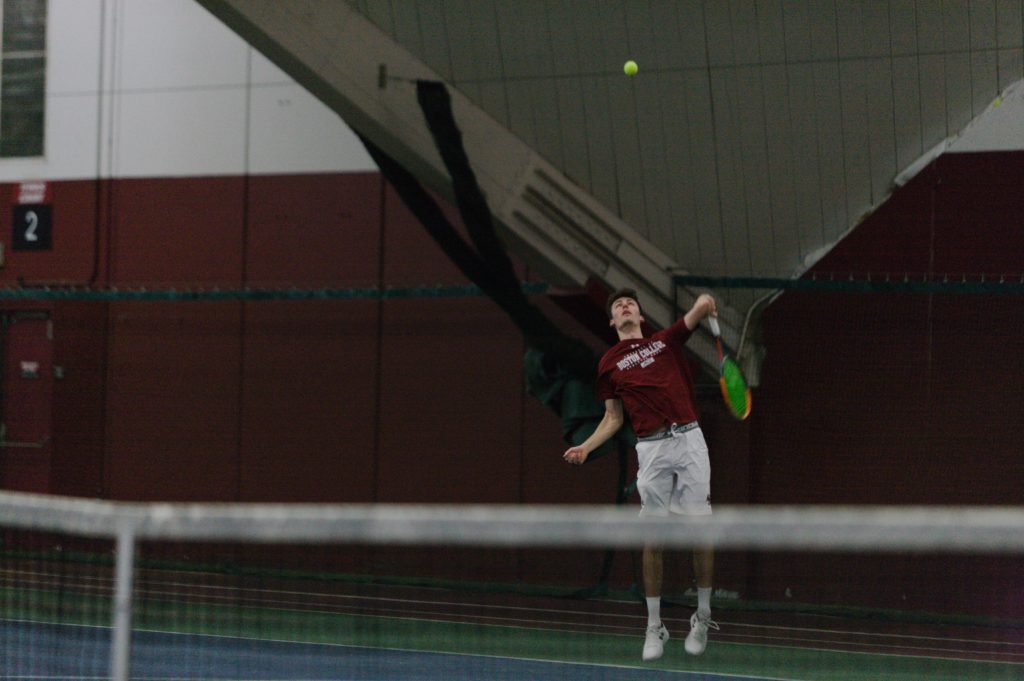 In the three years prior to the 2018-19 season, Boston College men’s tennis accumulated a 1-35 record in ACC play. The Eagles’ lone win during that span came last season in a tight decision against Miami on April 15. BC’s struggles have only continued this year, as it dropped its first seven conference contests of the league slate. On Friday afternoon, the Eagles experienced their latest setback, a 7-0 defeat to Virginia Tech in Blacksburg.

The Hokies (14-5, 4-3 Atlantic Coast) entered the matchup on a roll, having won five straight matches and boasting a 12-1 record at home. Meanwhile, BC (5-11, 0-8) had failed to notch a single win on the road this year. In doubles play, VTech gained the early advantage. The duo of Henrik Korsgaard and and Ryan Kros defeated BC’s top team, Derek Austin and Conor Mullins, 6-3. Soon after, Max Mendelsohn and Markus Nordby fell to Jason Kros and Brandon Perez, 6-3, on the second court, which secured the doubles point for the Hokies.

At the top of the singles lineup, BC didn’t fare much better. Austin dropped straight sets to No. 56 Jason Kros, 6-4, 6-3. Markus Nordby earned the Eagles’ lone point in their loss against Wake Forest with a three-set victory over Rrezart Cungu but failed to find that same success on Friday. Facing off against Alex Ribeiro, the sophomore greatly struggled, losing his match, 6-0, 6-1.

Unfortunately for BC, the other Eagles also failed to top their ACC counterparts—that said, their matches were closer decisions. At third singles, Mendelsohn battled Carlo Donato, losing the first set, 6-4, responding with a 6-3 victory in the second set, before finally dropping the final frame, 6-3. Conor Mullins then fell to Perez in straight sets, 6-3, 6-4. Sean Mullins fought Evan Fragistas to a first-set tiebreaker, but he could not come out on top. After that, Mullins ran out of gas, losing the second set, 6-1. Alexander Chieffalo turned in a decent performance on the sixth court. Squaring off against Freddy Mesmer, Chieffalo was narrowly edged out in the first set, 7-5. He then bounced back with a 6-3 victory in the second frame. Playing a superbreaker, Chieffalo lost to Mesmer, resulting in a clean sweep for the Hokies.

Friday’s matchup against VTech kicked off the first of a five-game road swing for the Eagles, who will face Harvard on Sunday, before meeting Holy Cross, North Carolina, and Duke. The story for BC this season has been the same as year’s past. While the Eagles may pick up several non-conference victories each season, it seems as if they will remain an ACC bottomfeeder for the time being, immensely struggling to record just a single conference win. Ten years ago, during the 2008-09 season, the Eagles finished with their best record in recent memory, 13-13. Ever since, BC hasn’t come close to sniffing .500. With the way that the Eagles are currently playing, that could remain true for another year. 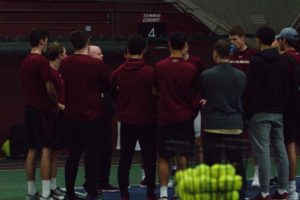 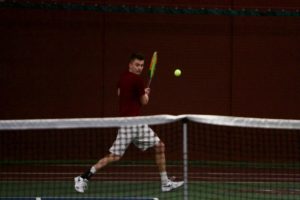