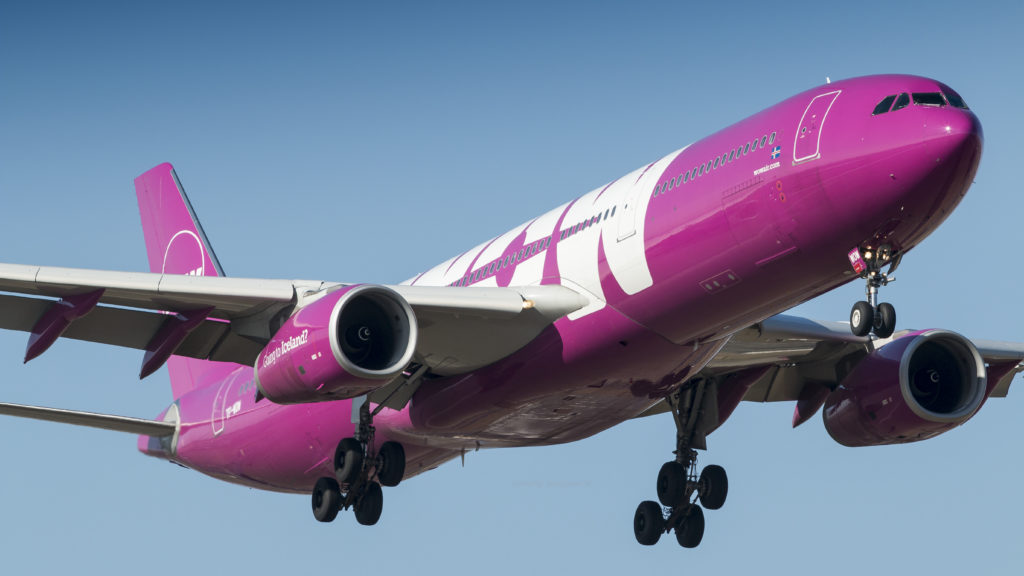 Thousands of travelers were stranded at airports throughout Europe and North America on Thursday when WOW AIR, an Iceland-based low-cost airline, abruptly announced it was ceasing all operations immediately.

On their website, WOW released an official travel alert: “WOW AIR has ceased operation. All WOW AIR flights have been cancelled.”

No explanation was given, and customers were advised to check available flights with other airlines, some of which offered “rescue fares,” or reduced prices. Offers were made by multiple other low-cost airlines, including Icelandair, easyJet, Norwegian, Wizz Air, Aer Lingus, XL Airways, and Virgin Atlantic, among others.

Little information, in terms of whether or not refunds would be offered from the airline was provided—the carrier simply stated that customers could receive compensation “in accordance with European regulation on Air Passenger Rights.” Customers who purchased tickets with a credit card or through a European travel agent were encouraged to contact those businesses directly.

Founded in 2012 by entrepreneur Skuli Mogensen, WOW offered cheap flights from New York, Washington D.C., Baltimore, Boston, or Detroit to Europe via Iceland. By 2018, the carrier employed more than 1,000 people and had flown nearly 3.5 million passengers in its 11 aircrafts.

With an increase in oil prices and a number of bad customer reviews, however, WOW quickly began to slip in sales. Indigo Partners, a private equity firm, which holds stock in several other low-cost airlines, entered into initial negotiations to purchase WOW at the beginning of the year, but the deal fell through, and many cite this as the final straw in the airline’s ultimate end.

Among the customers affected was Claire Madden, MCAS ’20. Madden had flown WOW before to visit her sister in the Netherlands and was about to buy another ticket from the airline to visit her again this summer, until the airline shut down.

“I was literally looking at tickets a week ago, which is really funny, and I was about to buy a ticket when my sister texted me and was like, ‘Don’t buy a ticket, they are shutting down.’”

Madden had flown WOW from Boston to Iceland to Amsterdam, and said that it was fine, but “kind of a trash airline,” with deceiving hidden fees.

Hidden fees are common with low-budget airlines, and from extra charges for baggage to seat selection, excessive and costly hidden fees can raise ticket prices considerably, narrowing the distinction from more expensive and comfortable airlines.

Madden said her sister used to fly with WOW all the time to come home, but her only major problem was checking bags.

“The carry-on bag size was really small, and usually they don’t charge you for having a carry-on but they charged me $50 each way and I had this tiny bag which was annoying,” she said. “The size requirement was ridiculous.”

Despite the fees, Madden still planned on using the airline.

“It is annoying and sad, because it was the cheapest ticket I could get to go see my sister,” she said.  “Otherwise, I’m paying at least $800, so it’s kind of annoying, and I don’t know if I can go visit her anymore, because I don’t have any other airline option that goes direct to the Netherlands.”