Home » Letter to the Editor In Response to: “Upcoming ‘Lies Feminists Tell’ Event Sparks Controversy on Campus”
Opinions, Letters To The Editor

Letter to the Editor In Response to: “Upcoming ‘Lies Feminists Tell’ Event Sparks Controversy on Campus”

“Woman” or “feminist”? It is not synonymous, nor should it be, but the words are associated. Not every woman needs to be a feminist, and it is abundantly clear that not every woman is. Feminism has redefined itself from generation to generation. However, the lifeblood of the movement has always been to push for equality, and yet, year after year, it seems the movement takes one steps forward and two steps back.

On March 19 BC’s Pro-Life Club brought in Kristin Hawkins, the president of Students for Life, to speak. The talk was called “Lies Feminists Tell,” an admittedly eye-catching title. The president of the Pro-Life Club conceded that they used the title in order to help with the “struggle to get attendance at its events.” The name was not meant to spark rage, but instead an interest in the event. Nonetheless, the title is troubling, especially for these allegedly “deceitful” feminists. Without even going to the talk it is understandable why every poster with the offensive phrase was ripped down by members of the BC community. The discussion of this speech is supposedly on the matter of pro-life or pro-choice, but the conversation began before the event even started, with the damaging title.

Throughout history, women have been invalidated emotionally and physically by a system that preaches female hysteria. In the past few years, it has been clear to see with the “Me Too Movement,” that women have lived in fear of being seen as liars. Many women are now coming forward, including Rose McGowan, Ashley Judd, and Lady Gaga, just to name a few. They are bravely discussing the realities of sexual assault. Previously, it has been demonstrated that survivors did not want to use their voice out of a rational apprehension of not being believed. This phenomenon has be seen time and time again, even in the highest court, with Kavanaugh’s fall 2018 Senate hearing being one such example. Unfortunately, within this movement, victims are forced into the “He said, She said” narrative, which actively works to discredit a female’s character and destroy her account.

The reality is that the title “Lies Feminist Tell” propagates this idea of women lying. It loudly broadcasts the inaccurate narrative of women being duplicitous, so before saying that this talk is merely a  result of the pro-life, pro-choice debate—and is not meant to hurt women—one must simply look at the title to know the truth. 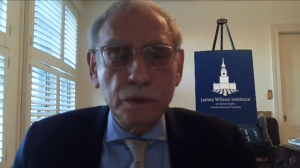