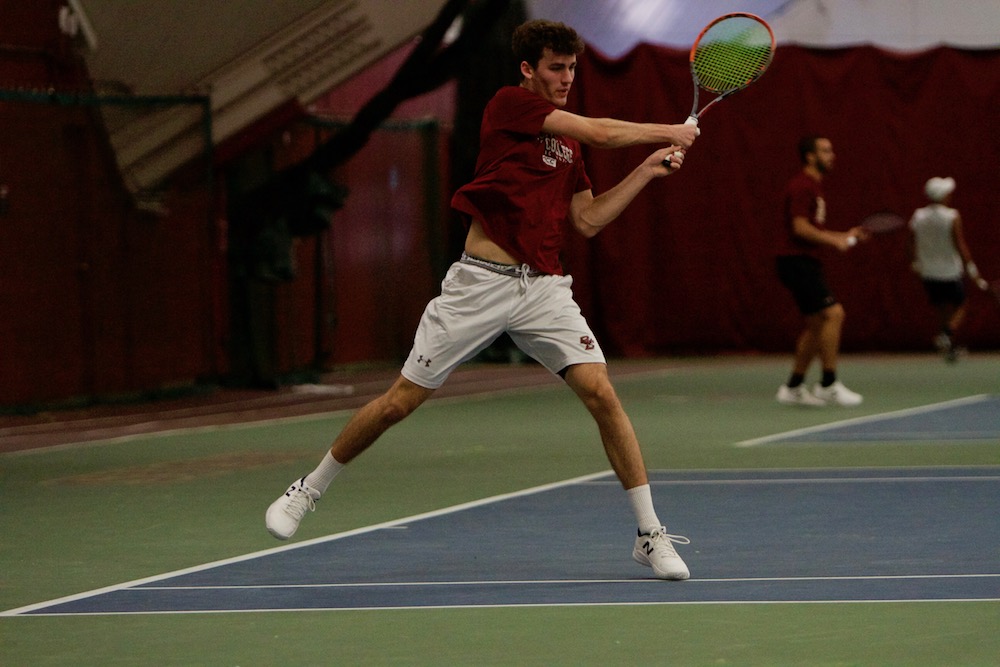 After falling to North Carolina on Friday, Boston College men’s tennis came into Sunday’s match against Duke with something to prove. The Eagles have fallen to the Blue Devils, 7-0, in each of the last two seasons, so a win this afternoon was imperative for a team that has still yet to win an ACC match this season. Unfortunately for the Eagles, their trip down south this weekend ended without a win, as they were bested, 6-1, by the Blue Devils.

BC (6-14, 0-11 Atlantic Coast) had a tough start to the afternoon, with Duke (10-11, 4-6) sweeping the doubles matches to clinch the doubles point. Derek Austin and Connor Mullins fell to Jason Lapidus and Vincent Lin, 6-2, and Sean Mullins and Max Mendelsohn were edged out by the junior duo of Robert Levine and Spencer Furman, 6-3. Heading into the singles matches, the Eagles had to play catch up.

Chris Grasel was the first to fall on the second court. Losing in straight sets, 6-4, 6-1, to Catalin Mateas, the Eagles were down, 2-0, as the other matches were finishing up. Mendelsohn was also outplayed by Sean Sculley in straight sets, 6-2 and 6-4. It was the sophomore’s second loss of the afternoon, putting the Eagles down, 3-0. Following Mendelsohn’s defeat, it was up to the rest of BC’s singles players to win their matches to have a chance at an upset.

As the clouds cleared in Durham, the Eagles’ chances at a win only dwindled. Sean Mullins fell for the second time of the afternoon to Lapidus in straight sets of his own, 7-5 and 6-4. Closely following the trend of straight set defeats was Markus Nordby, who fell, 7-6, 7-2. Lin retired from play in the fifth court to give Conor Mullins the match and BC’s only point so far. The bad luck continued for the Eagles, though, after Austin couldn’t clinch the third set and fell to Furman, 6-3, 6-0, 7-6. Austin’s loss meant the Eagles were heading back to Boston with just two match wins for the weekend, coming from Wills Tutecky—who sat out of Sunday’s matchup against Duke—and Conor Mullins.

BC’s struggles were only highlighted throughout the match, as they failed for the 11th time this season to secure an ACC win. Despite picking up a few non-conference victories, the Eagles can’t seem to translate that success to league play. If the Eagles continue their winless trend within ACC competition, their conference record would stay at 1-48 over the course of the last four seasons, which is embarrassing at best. BC has now lost the doubles point in three straight matches, too, and the pairing of Austin and Mullins have been unable to return to the peak of when they knocked off Harvard’s No. 44 duo. Starting matches on the wrong foot has put a lot of pressure to turn it around in singles, and that hasn’t been in the cards for the Eagles this season—or the last few, for that matter.

Featured Image by Michaela Mark / For The Heights 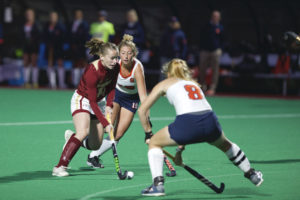