Home » Students Gather to Voice Emotions, Frustrations with Lack of Response to Massacre in Mali 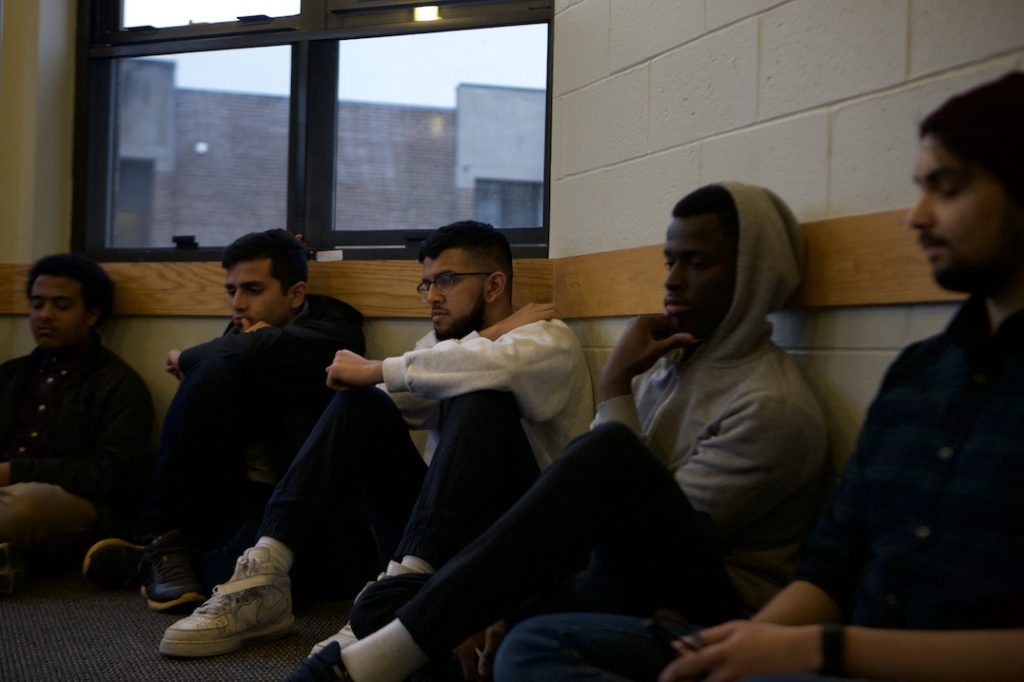 Students Gather to Voice Emotions, Frustrations with Lack of Response to Massacre in Mali

A small group of students gathered last Tuesday evening to express their emotions and frustrations with the lack of response—both in the Boston College community and around the world—to the recent massacre in Mali, where 157 people were killed in a March 23 attack on a village in the country’s Mopti region, according to The New York Times.

The event, titled “In Solidarity with Mali,” was organized by the BC Muslim Student Association (MSA) less than two weeks after the group sponsored a candlelit vigil for the victims of the shootings at two mosques in Christchurch, New Zealand.

The attack in Mali was directed at villagers who were members of the Fulani ethnic community and were accused of having ties with Islamic jihadist groups, according to the BBC. The victims were killed with guns and machetes, and nearly all of the village’s huts were burned down.

“We just had another vigil last week for the New Zealand mass shootings, and it didn’t take a whole week for another such event to take place,” said Tara Rahman, the president of MSA and MCAS ’20.

The students at the gathering for Mali discussed the lack of attention being given to the attack, both at BC and elsewhere, especially in comparison to the response to the attack in New Zealand.

Many resident directors notified their residents about the vigil on O’Neill Plaza for the Christchurch shootings, and hundreds of students and faculty attended the event. Only around 15 students gathered on the second-floor lounge in Gabelli for “In Solidarity with Mali,” which was announced through a flier in the weekly Undergraduate Government of BC newsletter.

Rahman said that it was difficult for the group to plan both events back to back, especially considering the time and effort that went into planning the vigil for the New Zealand shootings.

“This kind of shows that when you don’t have the proper support from the University we’re attending, everything kind of falls on the students—and that in turn kind of limits us from being able to give every single one of these events the proper respect that deserves,” she said.

Rahman also pointed out how the attack in New Zealand received immediate and extensive media coverage, while the same could not be said for that in Mali.

“I’m surrounded by Muslim people, I follow Muslim speakers and Muslim leaders, and I didn’t know about it for two days,” Rahman said. “I can only imagine how long it must have taken other people to find out about this.”

Bilguissa Barry, MCAS ’22, who is Fulani and has family in Mali, said that there is anti-blackness within the Muslim community. She also compared the media coverage and the response from the BC community that the New Zealand and Mali shootings received, pointing out that with the Mali attack, few news articles had been written about the event, there were no pictures of the victims online, and nobody was interviewing the victims’ families.

“You see the different reactions that people give the two things,” Barry said. “And for me, as somebody that is Fulani and I am Muslim, I just feel … like if something like that happened to me or my family nobody would really care.”

Rockib Uddin, the secretary of MSA and MCAS ’21, mentioned that none of the students attending that night’s vigil were white and said that the only time news stories gain attention is when they occur in predominantly white countries.

“When it occurs in a place like Mali, they’re like, ‘Oh there’s a lot of political unrest there. It happens all the time,’” he said. That doesn’t mean we should ignore [it]—that means they deserve as much, if not more, attention than stable countries”

Nurun Nahar, Lynch ’20, said that something that frustrated her was people saying that they would never expect something an event like the recent shootings to happen in New Zealand.

“We all as Muslims—like a lot of us that went up and spoke at the vigil—we kept saying that we weren’t shocked, because we know stuff like this happens,” she said.

Aneeb Sheikh, an MSA e-board member and MCAS ’20, said that it was important for members of the Muslim community to have higher standards for themselves and for the non-Muslims around them. He said he noticed that after the New Zealand attack, many Muslims were giving too much praise and gratitude to non-Muslim allies who had done only the bare minimum.

Uddin said that events such as this one should be taken equally as seriously, no matter where they happen in the Muslim world.

“We always talk about ISIS and Middle East, but we never talked about the terrorist organizations that happened in Nigeria and all the people who are affected there,” he said.

Adni Tahlil, MCAS ’19, encouraged the students in attendance to pray for the people who had died and their families, as well as to donate what they could, even if it was a small amount.

Nahar then spoke again, stressing the importance of continuing to foster community among Muslim students at BC.

“It’s so hard for us to feel like we’re doing something, [and] it’s very easy to feel helpless,” she said. “But just being surrounded by people who can talk to you about this stuff, I think is really important. That’s where action and change comes from—it starts from conversation, and conversation starts from having a community.”