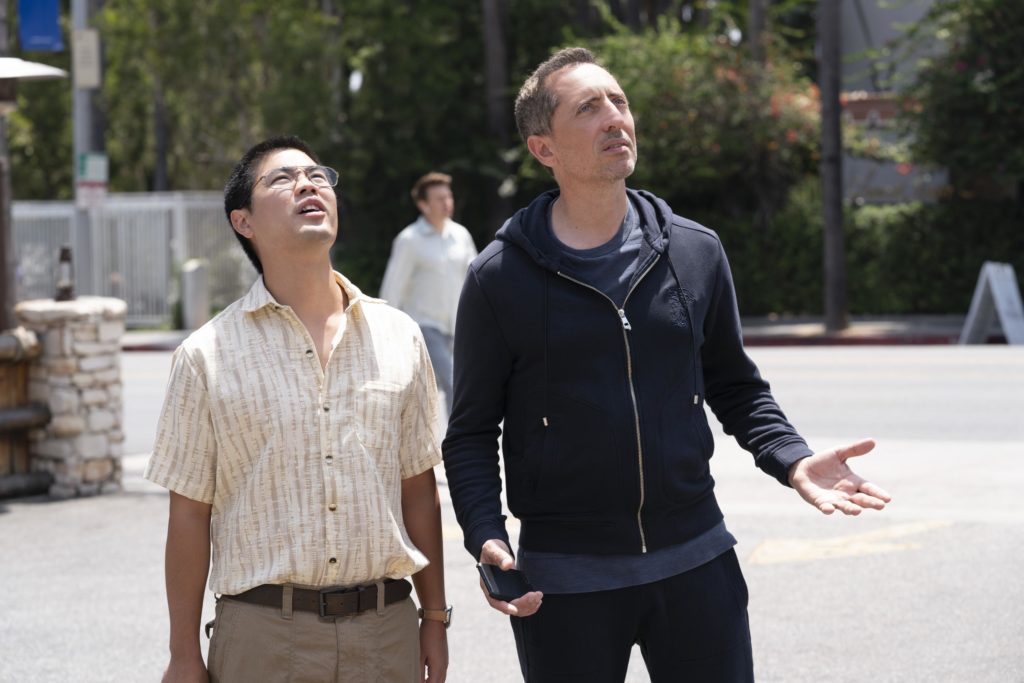 Filled with awkward silences designed for comedic effect, Huge in France took a great idea but fell short on the execution, creating a lackluster television show that did not live up to its potential.

Netflix Original Huge in France was released on Friday, with real life French comedian Gad Elmaleh starring as himself in a comedy loosely based on his own life experiences.

Huge in France begins with the French comedy megastar showing fatigue in his fame, existentially wondering about the meaning of his life while he is swamped by fans and has sex with beautiful young women. With a call from his ex-girlfriend Vivian (Erinn Hayes) asking him to sign papers for their 15-year-old son Luke (Jordan Ver Hoeve), with whom Gad has no relationship, Gad decides to put comedy on the backburner to spend some time with his son in the United States. Arriving in the States, however, Gad is faced with the ugly surprise that his French fame has no pull across the pond—Americans are only concerned with those famous in the United States, despite Gad’s characterization as “the Seinfeld of France.”

Meeting Luke, Gad was faced with resentment and disdain, as Luke had found a surrogate father in Jason Alan Ross, played by Matthew Del Negro, BC ’94. Luke is an aspiring model and spends his days working out under the guidance of Alan Ross, who gave up his terrible acting career at the encouragement of Vivian and is a stay-at-home dad for Luke. The main conflict in the story centers around Luke’s pending pectoral implants, where he wants to enhance his chest while keeping his arms lean so he could walk at New York Fashion Week. Gad and Alan Ross enter into a race for Luke’s affections, as Gad slowly finds out what perks he loses from not being famous anymore.

Huge in France has a great premise—Gad is charming and funny, and his French idiosyncrasies really brighten the show. The show is supposed to be satirical—pec implants for a 15-year-old is pretty ridiculous—but the fun in the satire dies out very quickly. The show feels exaggerated yet underwhelming at the same time and the flow from scene to scene and plot to plot just feels off.

Although satirical, the show manages to make every single character unlikeable. Gad is a deadbeat dad that just chooses to pay attention to his son after years of neglect because he realized that his own life is meaningless, essentially using his child as a means to make himself feel better. Vivian is cold, absurdly fame-whoring, and equally as self-absorbed as Gad. Luke is entitled and straight stupid, constantly throwing tantrums.

Alan Ross is the only character that has any decency, showing early in the show that he really did care about Luke and Vivian, despite being useless and having no backbone. Later in the show, however, Alan Ross’ character takes a strange shift into a selfishness that seems out of character from the first part of the show, and that inconsistency seems like an intentional effort to show Gad’s improvement and have Alan Ross serve as his foil. The tactless transition, however, did little to help Gad’s image and only compromised Alan Ross as a character.

The problem with Huge in France is that the audience isn’t even sure whether they were intended to like or dislike the characters. On the one hand, they are so one-dimensional and absurd that it’s head scratching why anyone would like these walking caricatures. On the other hand, some moments make it seem like the audience was supposed to feel warm and sympathetic, but the sheer awfulness of these characters just prevents viewers from making any real emotional connection. No character goes through much development, as everyone is equally unlikeable in the beginning as in the end (except Alan Ross), despite the story trying to show a redemption arc.

Huge in France just leaves the audience confused, and the intention to explore fame and celebrity dissipates quickly. Gad’s first interactions with the loss of fame are pretty funny, but the gag becomes old. The first time that he self-assuredly walks up to someone saying “C’est Gad,” in full expectation that they will recognize him and immediately give him whatever he wants is pretty humorous. When he still does it halfway through the show, having already found out countless times that that doesn’t work in the United States, just makes it seem like the writers ran out of jokes. Gad doesn’t lose his entitlement at all throughout the show, and what could have been a very deep examination into the effects of fame and celebrity just became a piece of trite, marginally funny satire.Perhaps what’s most disappointing about Huge in France is that it starts out okay, even funny. The beginning gives us a sliver of hope and a hint of what the show could have been, but it soon descends into clichés and failed slapstick humor. Fans of Gad will enjoy his performance and natural charm, but not much else.

Huge in France gad elmaleh
The Sharps Travel Back to Prehistory for Spring Cafe
Winter is Here: After Two Year Hiatus, ‘Game of Thrones’ Returns