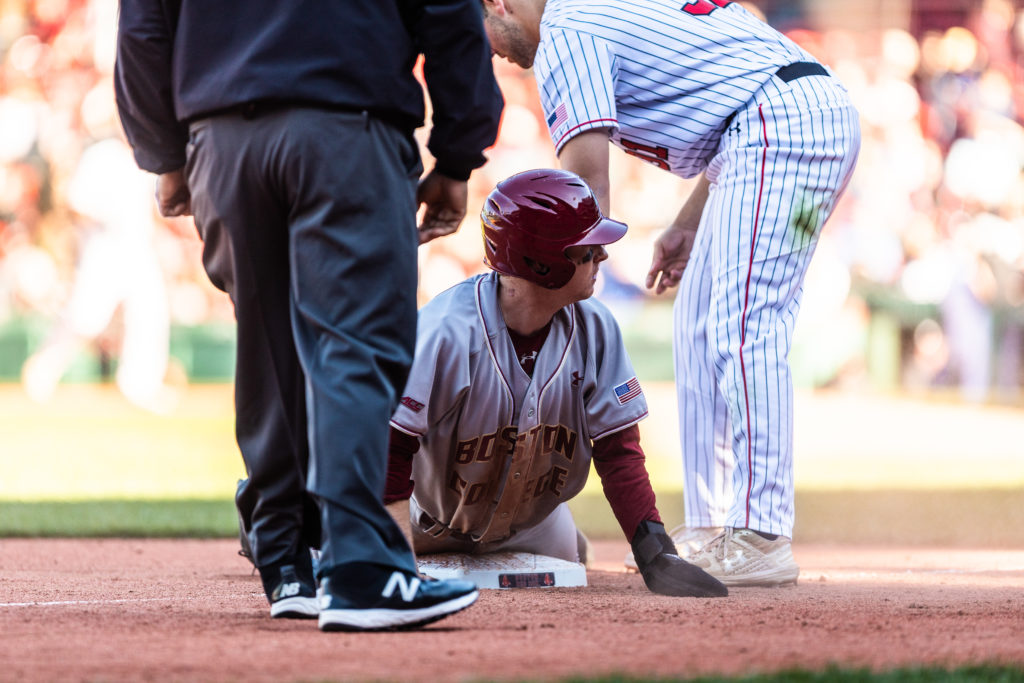 On Saturday afternoon, Boston College baseball had a chance for the second straight home weekend to claim just its second conference series win, this time against Duke. In a similar fashion to its matchup with Georgia Tech two weeks ago, the Eagles won the Friday night game by a comfortable margin—dispatching the Blue Devils, 5-0—but were once again let down the next day.

In its annual ALS Awareness Game, BC’s defense let down starting pitcher Mason Pelio, committing three errors in the first inning and allowing three runs in the process despite visiting Duke failing to register a hit. That three-run margin would prove to be enough—even though Pelio, at one point, retired 15 of 16 batters faced—as the Blue Devils took the first game of the doubleheader, 4-1.

Duke (26-17, 12-11 Atlantic Coast) blew the game open during the first inning, much to the chagrin of the Eagles (22-23, 8-15). The Blue Devils’ Kennie Taylor started the inning early on by getting hit by a pitch on a 3-2 count. This was shortly followed by first baseman Matt Mervis reaching on a fielding error by BC’s Cody Morissette. Morissette looked ready for a ball to come soaring toward him, as he should have had at least one easy out, or potentially even a double play, but the freshman was already turning to throw before the ball was even fully in his glove. This caused him to bobble it and lose control mid-throw.

After a walk loaded the bases, Duke right fielder Chase Cheek got enough air on a fly ball to bring in Taylor for the game’s first run.  Ethan Murray was ready to make his presence known to the Eagles as well, and he hit a sharply hit ground ball toward third baseman Jake Alu. He attempted to get the final out at first, but BC first baseman Jack Cunningham could not snag the ball off the throw, and Murray arrived safe at first.

The frustrating inning continued as catcher Michael Rothenberg would bring in the final two runs in the inning by reaching on a fielding error. Gallagher and Mervis were able to score, with Duke’s left fielder turning on the jets to slide into home before Burns could even tag him. The Eagles would not score until the bottom of the sixth but even that one run was scored in grand fashion.

Cunningham stepped up to bat in the sixth with a yearning to get BC on the board. As his bat connected with the ball, everyone in the stands could hear the crack and knew that the ball was absolutely crushed. Duke’s Taylor went chasing after it, perfectly playing the ball, but could only watch as the ball soared just over the center field wall. Once his concentration was turned toward the wall, it was all too late, for he crashed head-on into the outfield structure and had the wind completely knocked out of him. With his legs sprawled out, he fell back onto the ground and was slow to get up. After a good three minutes, ample time for Cunningham to cross home plate and bring the score to 3-1, Taylor was able to rise, albeit a bit shaken up, and remained in the game.

Another scary injury would occur in the third but on the Eagles’ end. Cheek lined a ball straight at Pelio on the mound. The ball hit the freshman pitcher, who was throwing extremely well and hard on the day—pitches were coming in at consistent high-90 speeds. When the ball connected with Pelio’s wrist, he immediately held it up in pain. He was still able to recover the ball, though, and got the out at first. And after recovering, he continued to deal. Pelio eventually exited with two runners on in the seventh—one would score on a single after Thomas Lane came in—but still finished with a strong day on the mound.

The final inning was rather uneventful, as there was limited hope for a comeback. The Eagles went 1-2-3 at the hands of Thomas Girard, who spun two scoreless innings for the six-out save. He closed out an efficient effort from the Duke pitching staff, as Bill Chillari worked around four walks for 4 1/3 scoreless innings and middle reliever Jack Carey only gave up Cunningham’s bomb over 2 2/3 innings.

It was a tough defeat for the Eagles, especially considering that they were attempting to lock up the series win and that they were done in by uncharacteristic mental mistakes. Before the loss, the Eagles ranked fourth in the conference in errors, a troubling trend as of late. The last time BC didn’t commit an error was back on April 12, and in conference play it has committed multiple errors in four of its last five ACC games. If the Eagles are going to find any more weekend series wins, they’ll have to shore up their defense. 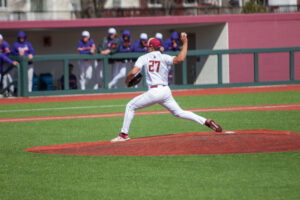 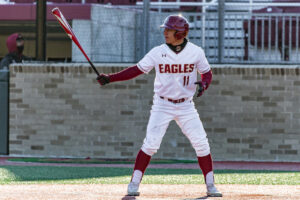 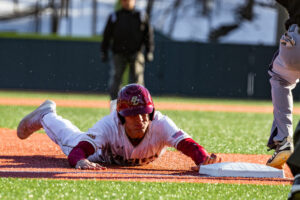