Home » A Reflection on the First Year, From a First-Year Student 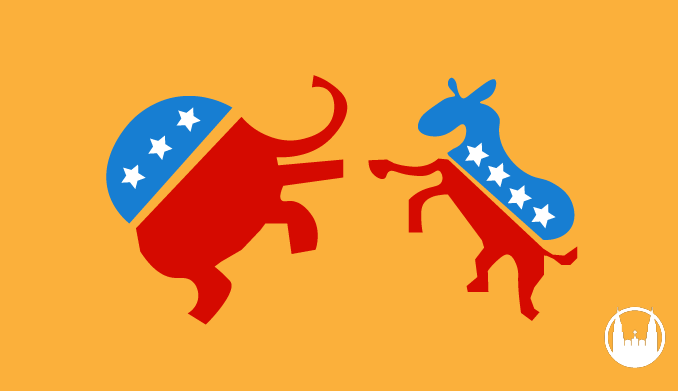 A Reflection on the First Year, From a First-Year Student

The night after my first college class, I lay down in my dorm bed and, for a moment, genuinely wondered how I had been left here. How did it happen that I had been left to my own devices, parted from my family, and sentenced to four years of reading, reading, and more reading? It wasn’t that I was upset or sad about the situation—instead, I was baffled.

For a minute I could not believe the premise of college itself—of making an 18-year-old who could barely cook an egg survive on her own for four years. So rather than entering Boston College with a pocket full of confidence or with anxiety in my heart, I began with disbelief. The task of growing up became very real very quickly. Moreover, the dilemma of managing my own time seemed monumental.

I can safely say that my first year at BC has been a genuinely formative experience. I don’t mean this to sound like an ad for admissions, but I learned more in one year of college than I had learned throughout all of high school. Whether that learning is about philosophy or writing or myself, it has made me more reflective than I have ever been before.

In particular, I’ve realized how lucky I’ve been to find professors who care. Throughout middle and high school, I had met only a handful of teachers who genuinely made an effort to encourage their students to succeed. I definitely became skeptical, if not downright critical, of teachers.

Coming to BC and having the exact opposite experience was a shock, to say the least. Along the same lines, I have been taken aback by how much faculty members and the administration at BC care. As a student who had numerous grievances against every academic administration I had encountered, I was surprised to find many people within BC’s academic departments who loved their work and did it right.

Here at BC, I encountered both students and faculty who had read my writing from The Heights, after coming from a high school where none of the students read the paper. There are definitely areas that I think can be improved within BC—such as direct communication between the administration and the students, as well as student diversity—but so many individuals within the campus community are willing to help out if a student just asks. It is not the greater Jesuit message of the school that resonates with me, but rather the one-on-one interactions I have had with students, professors, and advisers who truly want the best for me.

The strangest thing I have come to appreciate at BC is the ability to experience more conservative attitudes. Back home in New Jersey, I was only surrounded by liberal people: the few conservatives at my school were essentially silenced by Democrats. While I enjoyed talking to people I could find common ground with, I knew that I was being sheltered and that there was a whole other political party I had barely ever encountered.

At BC, I have been able to both find my comfort zone with other Democrats and still converse with others from more conservative backgrounds. And truthfully, I have found myself the better for meeting them. I have enjoyed and grown from our conversations. I think BC’s particular political diversity is something students should recognize, appreciate, and take advantage of: BC is an environment in which, if proper respect is given, people can contribute to a more tolerant environment. On other college campuses, one might find it difficult to find a conservative voice at all, but BC itself is a Jesuit, Catholic institution that tends to lean more conservative, and all political parties on campus make their voices heard.

Attending college has still been something of a surreal experience. This incredible quality is not in the day-to-day walks to class or my rooming situation, but rather it’s rooted in the premise of being a college student. I remember being a child and looking at teenagers and wondering when I would ever get that old. I pondered who I would be as a college student and what kind of adult I would become afterward.

I remember seeing my sister off at her college—my sister, who was always three years older and three steps ahead—and contemplating, as we drove away, how she would fare. And then I wondered, in turn, how I would ever make it. Now, with my first year of college over, I guess I am closer than ever before to that time of my life that I thought so distant when I was little.

The strangest thing is that it’s no big deal. And that’s not to say that living independently—or really, somewhat independently, since I have three roommates and one of them is basically a mom—isn’t enjoyable or liberating. Rather, it’s to say that this is my life now. It’s not the wild fever dream of buying whatever I want, so much as it is learning not to spend money on everything I see online. But now, living the life at an age I couldn’t even envision when I was younger, I’ve realized that I can’t picture myself any other way. I’m happy to say that this life fits and that, even if I still don’t know what kind of adult I am going to be, I am not just wondering anymore—I’m searching.