Boston City Council passed a resolution on Wednesday in support of the Boston College Graduate Employees Union (BCGEU-UAW): “A Resolution Affirming the Rights of Graduate Student Workers to Organize For Fair Working Conditions.” Sponsored by City Councilwoman Lydia Edwards, it calls on the University to enter into bargaining with the union.

“Be it resolved: That the Boston City Council calls upon the Boston College administration to respect the democratic choice of its workers by, without delay, bargaining a contract with BCGEU-UAW that reflects the values of fairness, equality, and justice the University promotes,” the resolution said.

“We are disappointed that Councilor Edwards sponsored the resolution, without contacting Boston College to verify the accuracy of the claims made by the BCGEU-UAW,” Associate Vice President of University Communications Jack Dunn said in an email to the Heights. “The group of graduate students who are pushing the issue has consistently made false claims and have been admonished by fellow grad students for their actions.”

Although graduate students voted to organize in a September 2017 election, the group also withdrew its petition to the National Labor Relations Board in March 2018, ending its legal battle for recognition.

The NLRB initially ruled that BCGEU-UAW could hold an election to establish collective bargaining rights, but the University appealed the decision before the vote. Following the election of President Trump, BCGEU-UAW, fearing an unfavorable ruling that would affect college unions nationwide, reversed course.

Around this time, Vice President for Human Resources David Trainor sent a series of letters to the entire student population, laying out the University’s opposition to graduate student employee unionization.

In a letter released shortly after the withdrawal, Trainor said that, without a legally recognized bargaining agent, there was no legal challenge to the University’s position.

Since then, the University has refused to voluntarily bargain with the group, citing the mentor-mentee relationship between faculty and graduate workers.

The University still sees any unionization efforts as undermining that relationship, according to Dunn, who echoed the University’s prior stance on graduate student-worker unionization.

“Student employees are workers––teaching, researching and working on valuable patents––and they must be afforded full rights in the workplace,” Edwards said in an email to The Heights. “I am proud to support my brothers and sisters in the UAW and urge Boston College to negotiate in good faith with its workforce.”

A former legal services attorney, Edwards herself was a member of the United Auto Workers, who support BC’s graduate student-employees. If the BCGEU-UAW were to be recognized as a union, it would be a chapter of the UAW.

BCGEU-UAW said, as it has in the past, that the University’s position contradicts Catholic social teaching in a statement to The Heights.

“This resolution demonstrates clearly that in addition to the broad majority support by graduate workers for the union, BCGEU-UAW and graduate workers in general have the support of our community and our elected officials,” Ethan Farber, GMCAS ’22, said in an email. “We continue to call on the BC administration to do the right thing and come to the bargaining table. The entire City of Boston is now watching and judging what decision the administration makes.”

The City Council’s resolution began by addressing the election to organize. It also referenced a September 2018 walkout and picket line, which took place outside Pops on the Heights, a major fundraising opportunity for BC.

Following those protests, BCGEU-UAW released a letter accusing the University of punishing about dozen members for the flyering outside Pops on the Heights. In response, the University maintained that the discipline was solely in response to the union disrupting a speech by University President Rev. William P. Leahy, S.J., to an audience of students’ parents.

Another section of the resolution said, “no worker can do their job well without fair compensation, sufficient health and dental insurance, and a fair procedure for adjudicating workplace harassment and discrimination.”

Dunn pushed back on this claim as well, noting that BC provides University-financed health care, as well as tax-free remission and stipends, which he said totals over $40,000 a year.

The union met with Edwards after being turned away from delivering a petition to Leahy’s office. Over 3,700 people signed the petition, according to BCGEU-UAW, which declared support for the graduate workers facing discipline.

Correction (4/30/19, 7:05 a.m.): The University appealed the NLRB’s decision to grant an election before the vote––not after, as previously stated. 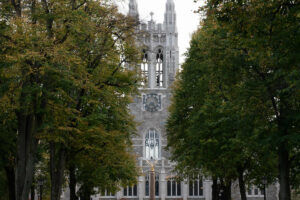 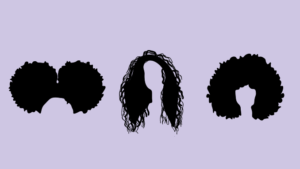