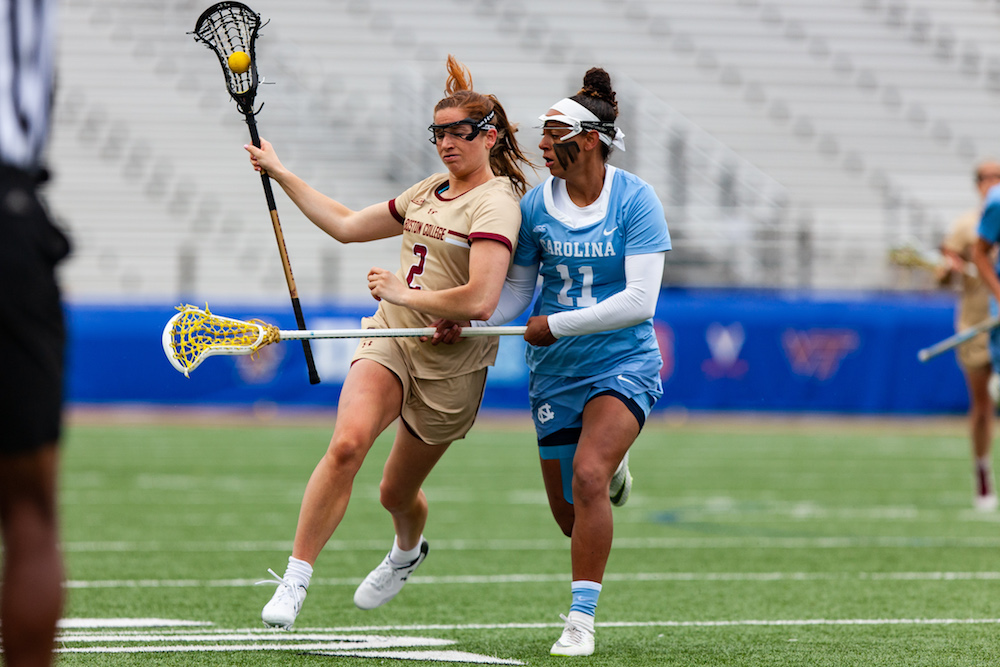 Sam Apuzzo’s collegiate career might be over, but she won’t be leaving Boston College lacrosse just yet. On Saturday afternoon, the team announced via Instagram that the 2018 Tewaaraton Award winner will serve as a full-time graduate assistant for the 2020 season.

Apuzzo is easily the most prolific player in program history. She wrapped up her Eagles career as BC’s all-time leader in goals (283), points (397), and draw controls (458).

In 2018, Apuzzo snapped a 12-year streak where either a Northwestern or a Maryland player ended the season holding the National Player of the Year trophy. This year, the West Babylon, N.Y. native was named a finalist for the award, alongside teammate Dempsey Arsenault.

During her senior season, Apuzzo eclipsed the 100-point mark for the third straight year, racking up 124 points—five fewer than last year, but the second-most in the nation—with a career-high 94 goals and 30 assists. She also averaged the seventh-most draw controls per game, winning 191 bouts in the circle to go along with 40 ground balls and 35 caused turnovers.

The only other player to finish the season with more points was teammate Kenzie Kent (127 points), who rounded out the year with a five-goal performance in the national title game. Apuzzo’s 94 goals were by and far the most in the country. In fact, no other NCAA Division I player logged more than 89.

Perhaps more impressive than her scoring numbers was how and when she actually found the back of the net. From start to finish, Apuzzo showcased her ability to take over games throughout the course of the season, just as she did the previous two years.

Against Syracuse back on Feb. 16, the senior piloted a five-goal comeback, preserving BC’s multi-year regular season winning streak on the back of seven scoring plays. Then, a few weeks later, Apuzzo came one goal shy of matching her career high by netting eight goals twice in the span of seven days. In the ACC Tournament, she scored the game-tying goal versus the Orange with under two minutes remaining to set the stage for a thrilling semifinal victory. Then, this past weekend, she hurled a shot past North Carolina goalie Elise Hennessey in double overtime to book the Eagles’ ticket to the National Championship—her 21st career game-winner.

Above all else, though, Apuzzo spearheaded a senior class that posted a 71-20 record—including a 44-4 mark the past two years—as well as two perfect regular seasons, both of which won the Eagles’ the regular season ACC title. Over the course of her final three years on the Heights, BC climbed to women’s lacrosse’s biggest stage, firmly entrenching the the school among the sport’s elite.

And Apuzzo—as much as she’ll credit her teammates—was undeniably the star of the show. Now, she’ll have the opportunity to help usher in a new era of BC lacrosse from the sidelines.