New documents in the pending criminal case against Michael Sorkin, CSOM ’21, revealed that Sorkin was granted $1,000 by the Newton District Court on June 21 to cover expenditures related to generating further psychological reports. Sorkin continues to pursue a defense strategy that suggests he had a lack of criminal responsibility—more commonly known as an insanity plea—at the time of his alleged crimes last December.

Further pretrial proceedings have been delayed until August 2 when the mental health expert’s opinion is due to be completed.

Sorkin was declared indigent by the Court when he was initially arraigned, and the funds are being approved so that he may fully prepare an argument in his defense.

These funds will be put toward having a psychiatrist review additional materials related to Sorkin’s mental health in December 2018 when he allegedly vandalized Welch Hall with racist epithets. Sorkin is facing multiple criminal charges in Middlesex and Suffolk County Court, but the most notable charge is the civil rights violation he faces in Middlesex County. The maximum monetary punishment is a $10,000 fine, and the absolute maximum punishment is imprisonment for “not more than 10 years” under Massachusetts law. He can receive monetary punishment as well as prison time.

Sorkin is currently under summary suspension from the University and is under court orders to stay away from campus.

Sorkin allegedly wrote “n—r,” “n—s are the plague,” and “kill n—s” on the walls of Welch during finals week this past December, according to police reports and previous Heights reporting on the matter. Sorkin was arrested and sent to St. Elizabeth’s Hospital for psychological evaluation early in the morning on Dec. 9, 2018. When he was arrested, police reports also alleged that Sorkin said he was a “Jew hater” and “don’t not like Jews [sic].”

While he was being held at St. Elizabeth’s, one of the officers observing Sorkin alleged in a police report that the student asked the officer what kind of gun he had and whether the officer had ever killed a black man.

A psychiatrist will evaluate whether Sorkin “had a mental disease or defect, and, as a result … lacked a substantial capacity either to appreciate the criminality or wrongfulness of his conduct or to conform his conduct to the requirements of the law,” according to a sworn affidavit submitted by Sorkin’s lawyer.

The affidavit confirms that Sorkin’s defense in the criminal matter will be a potential lack of criminal responsibility—more commonly known as an insanity plea—which was the stated defense in public records The Heights reported on in March. 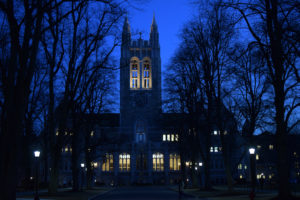 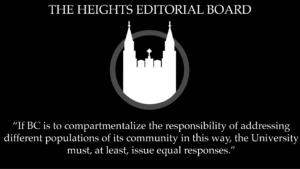