Class of 2023 GroupMe Vacated Due to Racist Messages

Incoming Boston College students vacated a private GroupMe after one member’s account spammed racist epithets on July 26. The GroupMe—a mobile messaging service—was organized by students in the Class of 2023 to facilitate communication in the months between admission and arriving on campus and had no affiliation with the University.

Students in the group contacted the University to explain that the account that had sent the messages had been hacked, Vice President of University Communications Jack Dunn told The Heights in an email. The students also claimed that this had occurred at other schools, which BC verified with the affected universities, Dunn said in the email.

The students reported similar activity at Boston University, University of South Carolina, Northeastern, Cornell, Stanford, and the University of Texas, Director of Undergraduate Admissions Grant Gosselin told The Heights in an email.

A spokesperson for the University of South Carolina told The Heights in an email that several students had been affected by the hack.

The Heights was not able to confirm the identity of the affected student nor how their account was allegedly hacked.

Following the incident, the University released a statement to the Official BC Class of 2023 Facebook group.

“Boston College learned late this afternoon that a Class of 2023 GroupMe account was hacked today by an individual who posted racial epithets on the page,” the statement said. “We wanted you to be aware of this issue, which serves as a reminder of the shameful cowardice that too often asserts itself via social media.”

The Heights obtained a screenshot of the message, which repeatedly read, “BC loves the KKK, F—k You N—-s.” The screenshot was obtained with the name blacked out.

Upon seeing the message and learning of its origin, students in the GroupMe quickly deactivated the group chat and opened up a new one. 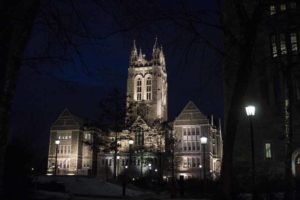 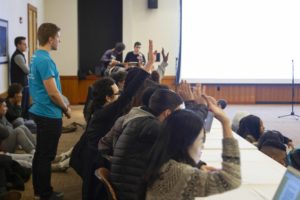 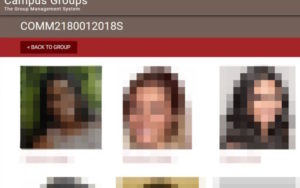