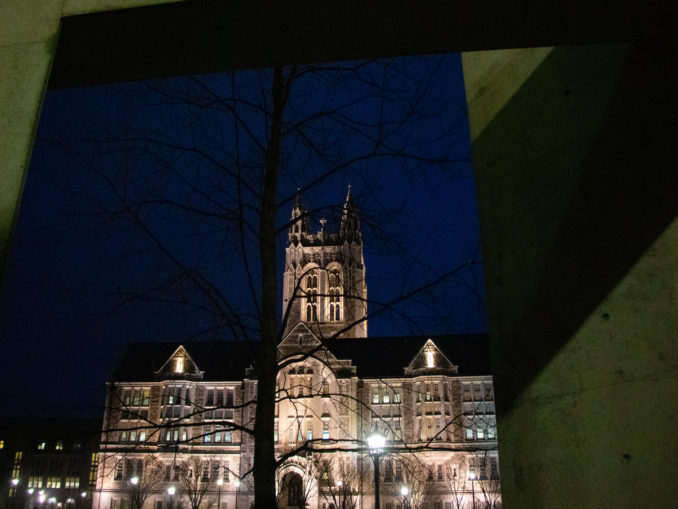 Sources informed The Heights this evening that Saoirse Kennedy Hill, BC ’20, died on Thursday of a suspected overdose. Details of the situation have yet to be released. The New York Times first reported this story.

“Saoirse Kennedy Hill was a gifted student in the Class of 2020 at Boston College, where she studied Communication in the Morrissey College of Arts and Sciences,” the University said in a statement to The Heights. “We extend our condolences to her family on this tragic loss.”

Vice President for Student Affairs Joy Moore asked students to keep the Hill and Kennedy families in their prayers in a follow-up statement that was released on Friday. She also reminded students that Campus Ministry and University Counseling Services staffers are available to assist any students in need in the wake of the tragedy.

Hill is the granddaughter of Robert F. Kennedy. She died at the family’s compound on Cape Cod in Hyannis Port, Mass. First responders arrived at the compound Thursday afternoon, according to the Times.

“Our hearts are shattered by the loss of our beloved Saoirse,” the Kennedy family said in a statement to the Times. “Her life was filled with hope, promise and love.”

The Cape and Islands District Attorney Michael O’Keefe told the Boston Globe that the autopsy conducted by the state medical examiner’s office showed no signs of trauma involved in Hill’s death.

“The cause and manner of death are pending the toxicology report,” O’Keefe said to the Globe.

Hill is the fourth BC student to die in the last four months. None of the students died on campus.

“A brave young woman left our world yesterday,” Maria Shriver, Robert Kennedy’s niece, tweeted. “She left a gaping hole in the lives of all those who loved her dearly.”

Hill’s aunt, Kerry Kennedy, tweeted a photo and expressed her love for Hill. Former Congressman Patrick J. Kennedy—now an advocate for substance abuse and mental health treatment according to the Boston Globe—tweeted a photo as well.

“Saoirse will always remain in our hearts,” he wrote in the caption. “She is loved and will be deeply missed.”

She is survived by her mother and father, Courtney Kennedy Hill and Paul Michael Hill, as well as her grandmother, Ethel Kennedy, and her stepmother Stephanie, according to the Kennedy family’s statement.