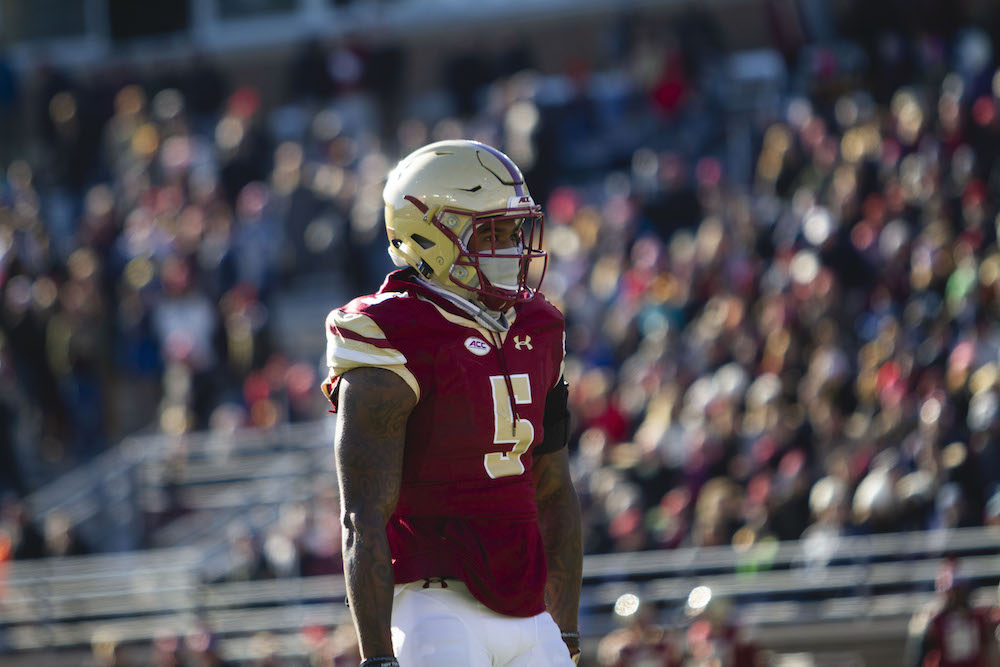 One month after former Boston College football starting defensive back Kamrin Moore, BC ’18, was charged with third-degree aggravated assault by Linden, New Jersey Police and suspended by the New York Giants, a judge ordered that the domestic violence complaint and restraining order against Moore be dismissed, according to ESPN.

Wednesday’s order came after the court concluded that the allegations against Moore were not substantiated. ESPN also reported that Alex Spiro—one of two lawyers who represented Moore—told the outlet that he felt Moore had been “vindicated.”

In mid-July, Moore was arrested for allegedly stepping on a woman’s neck before knocking her unconscious with a punch to the face, according to NJ Advance Media, which first reported the matter after obtaining a criminal complaint and affidavit of probable cause.

ESPN’s Thursday story details that that, on July 11, Moore did not respond to multiple texts from the woman, a 22-year-old whom he met in January and was dating—according to the affidavit—leading the woman to drive to Moore’s residence. When she got there, another woman approached her car, and the two women began to fight each other. The report read that Moore was accused of spectating while the women assaulted each other. But when the complainant fell to the ground, Moore allegedly became involved.

The complainant—who reportedly had visible neck and face injuries—did not report the alleged incident to the police until two days after it is supposed to have occurred.

On July 15, Moore was charged, and the New York Giants stated that he “has been suspended by the team pending further investigation.” The 22-year-old defensive back has been on the suspended list since then and therefore has yet to participate in training camp.

Moore played just 10 snaps in two games for the Giants as a rookie in 2018 after being claimed by the organization off waivers one week before the start of the regular season. Prior to the incident, he was vying for a roster spot.

Moore originally was drafted by the New Orleans Saints with the 189th overall pick in the sixth round of the 2018 Draft after starting his final three collegiate seasons at cornerback. As a senior, the 5-foot-11 Moore tallied a career-high 50 tackles and nine pass breakups, despite missing the final three games of the year.

Whether the Giants will invite Moore to rejoin the team, if the defensive back is reinstated, is still up in the air.