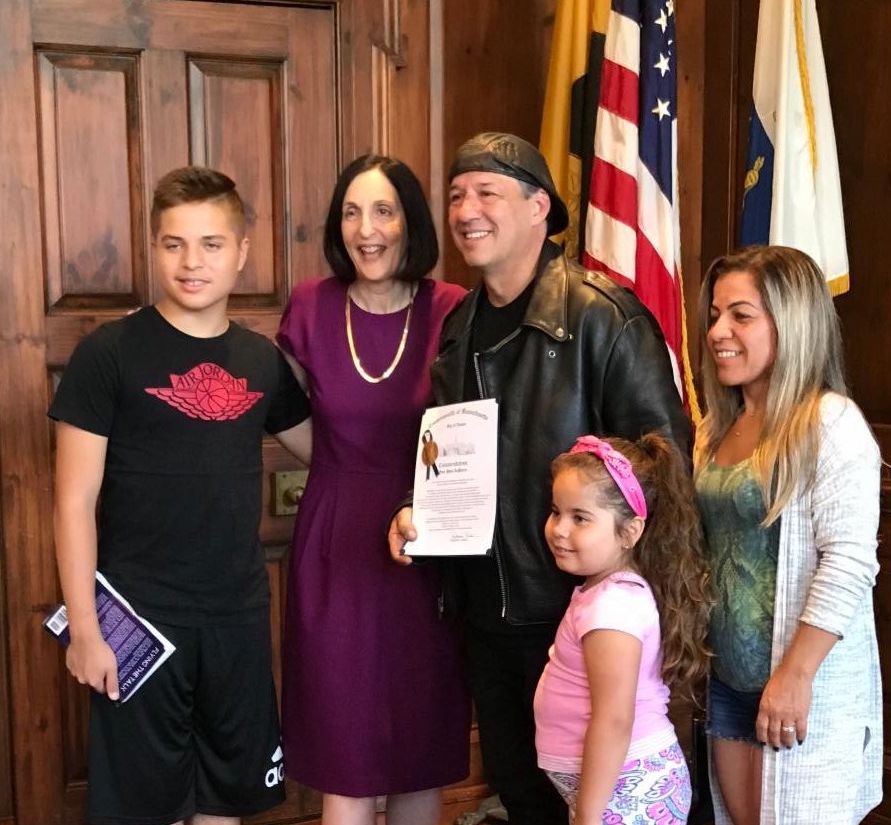 Lightning the Python slithered out of his backyard last week and evaded his neighbors for three days, finding shelter under a staircase a few houses away from his home.

As locals scoured the streets to find the snake, measuring in at six to eight feet, J. P. “The Snake Whisperer” LaPierre headed out to look on his own. The snake, a popular breed for pet owners, is not venomous but it is a constrictor, meaning it coils around its prey.

LaPierre is no stranger to snakes—born in western Massachusetts, the former pastry chef was chasing garden snakes at 5 years old. When he was a student at University of Massachusetts Amherst he kept two pythons in his dorm room, he said. While some students ran from his room in fear, others came to him to look after their own slimy, slithering suitemates.

LaPierre studied the neighborhood using a Google Earth aerial view, checked the weather to best estimate where Lightning might try to move, and relied on finding the snake’s droppings to lead him to the reptile’s hiding place. He first climbed the tree in the backyard to see if Lightning had scaled his way up to its tallest branches. When he found nothing, he checked under the stairs, knowing it would be a warmer place for the snake to spend the night.

“The minute I saw him, I was relieved,” he said.

The snake had been missing since Tuesday evening when he slithered out of his owner’s backyard on Jewett Street in Newton Corner.

Some neighbors were less than thrilled about the python’s presence on the city streets.

“I’m nervous about going in my backyard,” said Pauline Moody, a 92-year-old who has lived on Jewett Street for 50 years, in an interview with The Heights before Lightning was caught. She was dissatisfied with the number of people out looking for the python.

Others, like John Truslow, a rising senior at Newton North High School, were excited at the prospect of finding Lightning—Truslow was part of the search party that was out just before LaPierre found the serpent.

This isn’t the first time LaPierre has wrangled a python, according to the Snake Whisperer. He found another snake of the same breed that went missing in Woburn in 2000, he said, when he looked under a space in a garage. He said he had to dig a tunnel to get it out.

“So, one of the things that I love or enjoy is discovering and finding things that other people find hard to find,” LaPierre said.

Featured Image Courtesy of the City of Newton