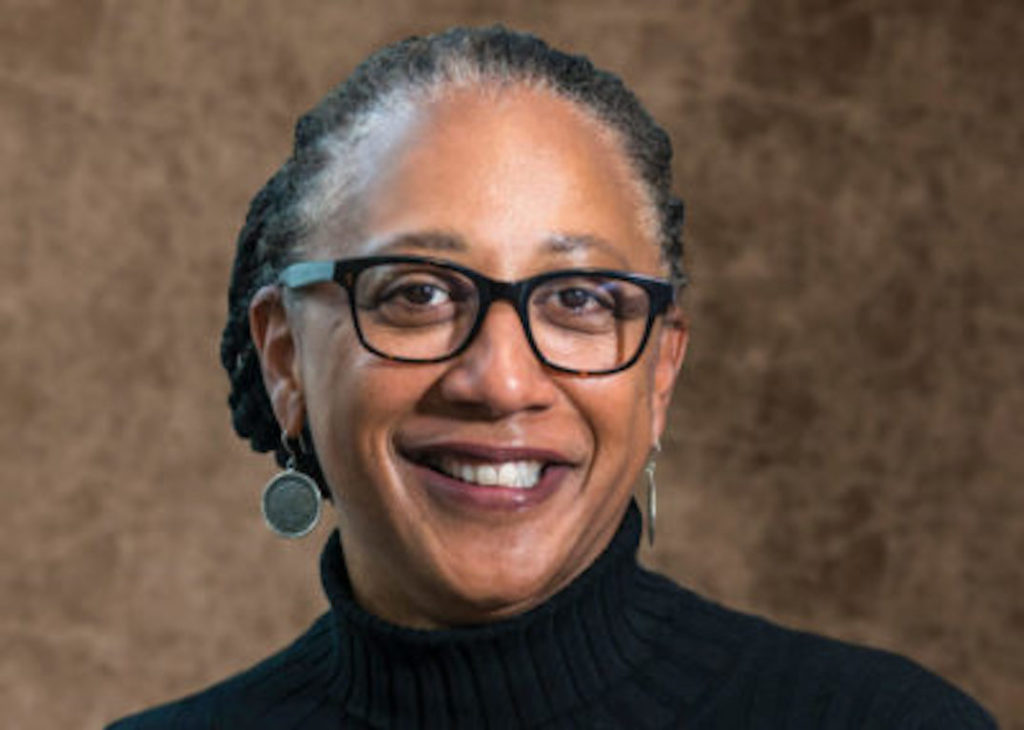 After serving in the position on an interim basis since last fall, Joy Moore, BC ’81, was named vice president for Student Affairs last month, an opportunity she said she is thrilled about and reaches far past what she ever thought was possible in her career.

“To have this chance to work so closely with the students is something that I’m really looking forward to, really energized about,” Moore said. “I know it doesn’t mean it’s going to be easy. But I’ve never been one to look for easy—it’s more in what you can do to help pave the way for things to be better.”

When she was a student herself in the Lynch School of Education, Moore never thought that one day she would have ended up as the vice president for Student Affairs, she said.

“As a student, I had no idea what that was—I didn’t even know there was such a thing as the vice president for anything,” Moore said with a laugh. “That never crossed my mind.”

With her official appointment, Moore made some changes to her leadership team, which she refers to as a “realignment” of Student Affairs—the purpose of which is to better organize the division’s teams, she said.

There are four major focus areas within the Division of Student Affairs: Student Health and Wellness, Residential Life, Career Services, and Student Engagement and Formation.

“Under Tom, there are five departments that report to him: [the Office of] Student Involvement, Student Conduct, Grad Students, BAIC, and Robsham Theater,” Moore said. “Those departments are all focused around student engagement and formation, so that’s why they’re all clustered together.”

Changing the dean of students title was about trying to take a “formational approach” first, according to Moore. As soon as a dean is introduced into a situation, she said, students and adults often think it means that the student is in trouble, even though that isn’t necessarily the case.

“Maybe we can shift the mindset to think, ‘Let’s go in with our formation hat on, assess the situation, and see what’s going on,’” Moore said. “If, in fact, it needs to be directed to Student Conduct, that’ll happen. But if it’s something that can be worked out in conversation and so forth, then maybe it doesn’t need to go in that direction.”

Stoops will have five departments reporting to her: the Women’s Center, University Counseling, Health Services, Health Promotion, and Student Support and Outreach—the last of which used to report to Mogan.

The work being done by these departments won’t change—the teams are just being clustered to better align with their areas of focus, Moore said.

The five departments reporting to Mogan will be the Office of Student Involvement, Student Conduct, Graduate Student Life, the Thea Bowman AHANA and Intercultural Center, and Robsham Theater. These areas are clustered together because they all focus on student engagement and formation, Moore said.

Changing these titles from “dean” to “director” creates uniformity with the other departments within the four main areas of student affairs, Moore said. These departments include the Women’s Center, University Counseling, Health Services, ResLife Education, and ResLife Operations—which all are led by directors.

Special projects previously belonged to Carrie Klemovitch, the special assistant to the vice president. Klemovitch will now take on the all-new role of vice president for Administration and Strategic Initiatives, a job that will entail gathering information and thinking about bigger picture items, according to Moore.

“The day-to-day work is very busy, and so then you don’t often get a chance to sit and think about, ‘Okay, what would it look like if we were to do ‘XYZ’?” Moore said. “Knowing that there’s always somebody looking beyond what you’re currently doing, I think, is healthy for an organization.”

The theme for the division of Student Affairs this year is “We are one,” Moore said.

“We are trying to demonstrate that as a division as large as we are, we support one another in the work that we that we do,” Moore said. “Even though everybody executes things in a particular way based on their area of responsibility and expertise, it all draws back to what our unified goals are for the department.”

As for her other plans for the upcoming year, Moore said that one thing she wants to do is get out on campus and attend more meetings and social events held by student organizations so that she can learn more about the work they do, as well as offer her assistance if they need it.

This past year, Moore has made an effort to be accessible by encouraging students to come to her office hours—called “What’s Up With Joy Moore”—which are held every Wednesday.

“I want to make sure that I’m seen as accessible, because I believe that I am, and I make every effort to do that,” Moore said. “I’m the VP for all students. So I’m interested in what all students are doing and the work that they’re trying to advance, whether it be here at BC or other places where they want to try and make a difference in being of service to others.”

Moore also said that she is grateful that many BC students care so passionately about so many important issues.

“Whether that’s diversity, or gender equity, or service to others, the environment, the well-being of their peers, I just find that to be so vibrant in the BC community of students,” she said. “And that’s a great environment in which to work.”

Moore also wants to work with students to develop a strategy to address the areas in the Student Experience Survey where BC fell short, she said. She’s interested in putting together focus groups—with input from students on what the makeup of these groups should look like—to delve deeper into the survey’s results.

Moore also expressed her commitment to working closely with Michael Osaghae, president of the Undergraduate Government of BC and MCAS ’20, and Tiffany Brooks, vice president and MCAS ’21, to help them advance the initiatives that were in their campaign platform.

“I see myself as an advocate for them and the work that they’re doing on behalf of the student body,” Moore said.

Being named vice president for Student Affairs, Moore said, also presents with the chance to work more closely with faculty members, many of whom are interested in helping support student groups and student initiatives.

One group of faculty members is looking at starting a “Courageous Conversations” series, which would feature faculty-led conversations on topics chosen by students, Moore said. The series would resemble the student–administrator forums that have taken place over the past year.

Moore recalled a dinner she had last year with her student advisory group and a small group led by Rev. James Keenan, S.J., director of the Jesuit Institute, in which the groups had a conversation about the common good. The students there told Moore that they were interested in having more opportunities to informally discuss important topics with faculty members and administrators.

“People are much more relaxed when you’re sitting around and having a light dinner, and … nobody’s getting graded or marked, and everybody is free to speak their mind and share what their perspective is,” Moore said. “So I think there’s something to that.”