Doctoral teaching fellows in their fourth or fifth years in the Boston College Lynch School will have the full cost of their medical insurance covered this year, according to correspondence between the Office of Graduate Admission, Financial Aid, and Student Services and graduate students on Aug. 26. A previous policy change, made in early August, announced that fourth- and fifth-year teaching fellows would not be eligible for coverage in the upcoming academic year.

Teaching fellows in the Lynch School serve as course instructors: They create lesson plans, teach classes, and manage all grading and assignments. Graduate assistants—who remained covered for their fourth and fifth years—conduct research or support a primary course instructor.

In an email sent on Aug. 9, Associate Dean of Graduate Student Services Elizabeth Sparks originally informed all Lynch doctoral students of a new medical insurance cost policy, which went into effect on Aug. 7 for all BC students on the plan.

“This change in the policy was necessary due to the increased expense of the medical insurance premiums and the amount of funding the University gives to the Lynch School for this expenditure,” Sparks said in the Aug 9 email. “In the past few years, we have exceeded this budget and we are not in a financial position to continue this practice.”

The policy—which is no longer in effect—would have offered four years of full coverage for medical insurance costs to doctoral students entering the Lynch School this year. Returning students would have received full coverage through their third year, according to the Aug. 9 announcement email from Sparks.

The briefly adopted policy left doctoral students with a teaching fellowship in their fourth year or beyond as “not eligible for coverage of their Boston College Student Medical Insurance Programs,” according to the Aug. 9 announcement email.

“The policy is essentially the same as it was in AY 2019 with one exception: Doctoral Students beyond the guaranteed funding period who have only a Teaching Fellowship are NOT BE ELIGIBLE [sic] for Lynch School coverage of their Medical Insurance Premiums,” Sparks said in the Aug. 9 email.

Doctoral students in their sixth year of study or beyond would have been eligible for full coverage only if their assistantship is funded by an external grant, and recipients of Diversity Fellowship, Dissertation Fellowships, and externally-funded fellowships with health care provisions would receive full coverage regardless of year of study, a continuation of previous years’ policies.

Doctoral students choose between fellowship and assistantship for the upcoming fall in March or April, after it becomes clear which courses faculty will be teaching.

Some teaching fellows concerned about the new policy reached out to Sparks, hoping to appeal the change. Sparks informed one student on Aug. 20 that the decision had been “rescinded” and that the appeal—which was about to be submitted—was no longer necessary.

“The notice that was distributed in August was erroneous in that it did not account for the exceptions to Lynch School policy that exist for teaching fellows,” Associate Vice President of University Communications Jack Dunn said in a statement to The Heights later that day. “The Lynch School will continue to administer its policy as it has during the past several academic years.”

Then, in an official notice sent to all teaching fellows on Aug. 26, Sparks sent an email to affected doctoral students informing them that “the notice that was distributed in August was erroneous in that it did not account for the exceptions to The Lynch School policy that exist for teaching fellows.”

She clarified that the University will cover 50 percent of medical insurance costs for teaching fellows instructing one course and 100 percent for those with two. The same policy will be available for both fall and spring semesters.

“I also want to add my personal apology for any distress the earlier statement may have caused, and am very relieved that the Lynch School reversed the decision and will be covering your medical insurance premiums for this academic year,” Sparks said. 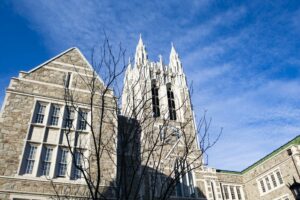 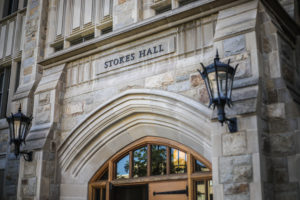