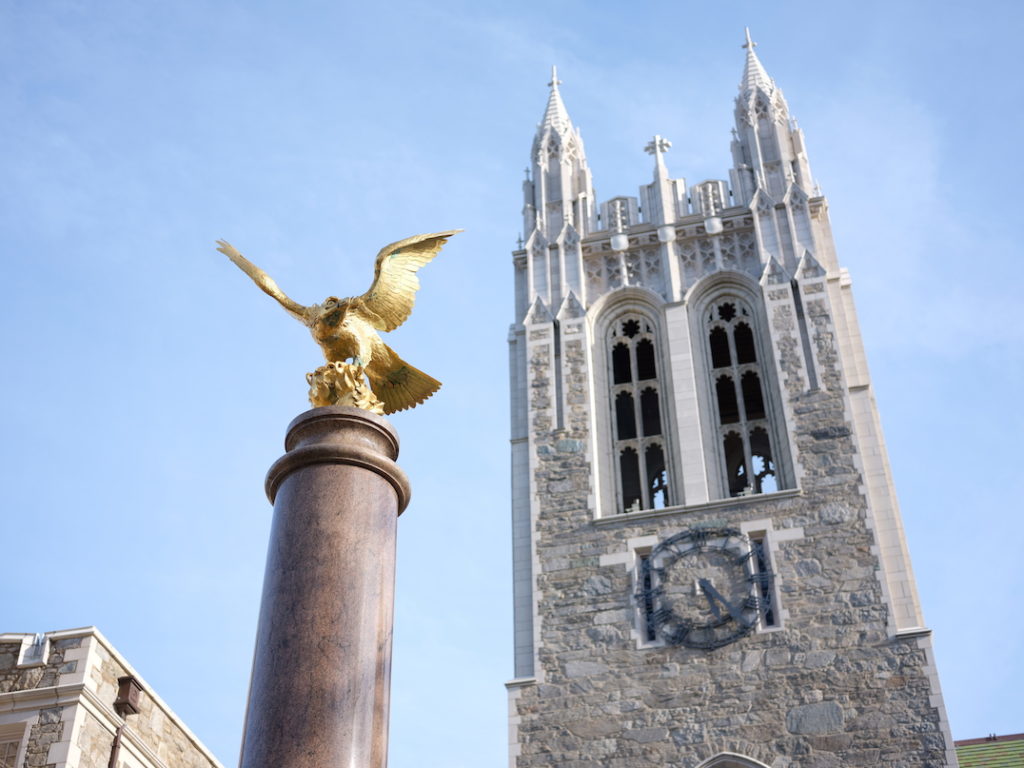 The Undergraduate Government of Boston College’s budget for the upcoming academic year is set at $343,225, an increase of $14,087—or 4.3 percent—over last year’s allocation.

UGBC is funded through the student activity fee, a $600 payment made by undergraduate students each year. They also receive funds—not included in the budget—through proceeds from several high-profile, ticketed events and carry forward amounts from the last budget.

Michael Osaghae, UGBC president and MCAS ’20, said that he hopes to see more cross-collaboration between different UGBC divisions, both on events and student outreach initiatives. He added that this year will feature a lot more long-term event planning, which he hopes will lead to larger and more diverse audiences.

“This came from looking at feedback in the past, as we realized there was a lot of [audience] overlap between events, with people who were really focused attending most of them,” Osaghae said. “We want to bring more people into the conversation.”

Osaghae hopes to revitalize UGBC by facilitating more avenues for direct engagement with the student body and improving efforts to assist marginalized communities on campus.

Diversity and Inclusion Programming (DIP) once again received the most funding with $140,000 this year, an increase of $18,550—more than the budget increased overall. Last year, DIP’s funding fell by over $8,000.

“There’s also going to be a big focus on CSD, which we say every year,” he said. “We want to make sure, outside of CSD’s traditional programming, we launch more campaigns that motivate students to take action and become more informed. CSD is one of the councils that is often overlooked by the campus as a whole, since ALC and GLC have been around longer.”

Osaghae said that DIP ceded some responsibility to the three councils, but will still provide the funding for the major annual events, such as the ALC Ball or the GLC formal.

“By redistributing the responsibility of DIP to the individual councils, we hope to link the councils more closely to events, so if people go to ALC Ball, they know they’re not just going to the ball, they’re going to something in support of the AHANA+ community,” he said.

Student Initiative (SI) programming, which has $60,650 to work with, covers expenses for events the Senate organizes for the BC community. Last year, its budget was $48,650.

“SI will hopefully play a role in getting folks engaged in politics,” Osaghae said. “We’ve been asking, ‘How can we create a space on campus for students to get together to talk about their anxieties or their feelings about current events or issues on campus?’”

The Communications division, which markets UGBC programming and events to the student body, will have access to $14,250—$3,290 less than last year.

The Undergraduate Leadership Academy (ULA)—a program that pairs first-year students with mentors within UGBC as they transition into the BC community—received $10,000.

The budget did not allocate money to Financial Affairs, which received only $450 to cover the cost of its own meetings last year.