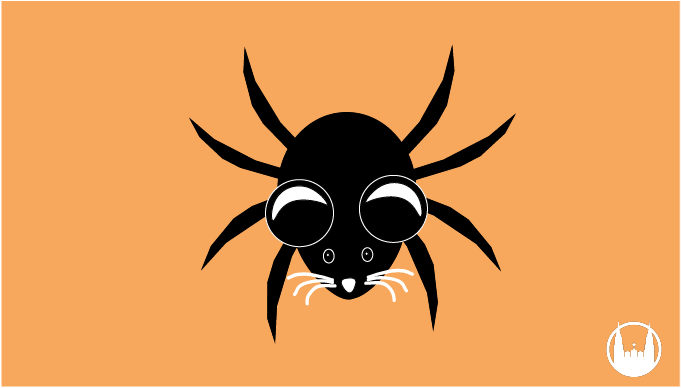 A Eulogy to the Butter Packets on the Ceiling of Mac

This summer, abandoned by all of my friends for beaches and internships, I found myself alone, lying face-up on the kitchen floor eating Oreos and thinking about the butter wrappers on the ceiling of McElroy Commons. C-SPAN blared while I squinted, trying to see how far I would have to close my eyes before I could somewhat accurately picture the sharp contrast of the silver and gold wrappers and the grimy, once-white ceiling tiles. I wondered if they would be there when I got back to campus.

The butter packet wrappers first appeared on Mac’s ceiling last fall as a relatively inconspicuous trio. By spring, though, their ranks swelled to between 10 and 15. Even so, no one paid them much attention. In fact, I’m almost positive that I’m the only person who paid them any attention. They were my very own Agatha Christie novel with all of the intrigue and none of the substance, and I spent a significant amount of time gazing at them while waiting for breakfast to open. (I had an 8 a.m., and you can only struggle through the crossword for so long, okay? Don’t judge me.)

So, one semester of Perspectives deep and fueled by equal parts coffee and boredom, I embarked on a philosophical adventure, intent on discovering their meaning.

I began with the most obvious question: who (or what) put them there? Audacious, entitled, and perhaps slightly-intoxicated students with no regard for shared spaces? A spider-mutant mouse endowed with great power and great responsibility trying to warn us against trans fats and excessive packaging? Or maybe just some physics majors overcommitted to understanding Newton’s laws of motion?

Speaking of physics, what are the physics of getting a butter wrapper to hit and stick to what I’m guessing is a 30-foot-tall ceiling? Was the butter unwrapped halfway and then tossed at a high velocity directly upwards? Was there some kind of sling shot or throwing device involved? Presumably the butter would still be stuck in the center of the packet, right? I’m convinced that’s the only reasonable strategy for long-term stickage.

That raises another question: was stickage even the point? I’ll admit, after a few months, I became partial to the theory that this was all part of a bet of the throw-cupcakes-at-a-door-and-the-last-to-fall-wins variety. But, maybe I was wrong—maybe this was some kind of social experiment or protest or public statement? (See previously mentioned questionably ethical Spider-Mouse proposal.)

God, I hope it was Spider-Mouse.

Questions like these occupied my mind sporadically for months, but my contemplation proved fruitless. I am, as it turns out, no Socrates—just an excellent procrastinator. I abandoned my quest that day in the kitchen this summer, getting up in defeat to reheat Thai food and practice Duolingo.

I’m sitting in Mac now, and they’ve replaced the ceiling. The old, dingy tiles have been traded for fresh new ones. The butter packet wrappers are gone.

While the space looks more aesthetically appealing, I can’t help but feel melancholic. There is something kind of sad about how unceremoniously those little squares, slick with fat, were tossed aside forever.

Some bets will never be won. Too many trans fats will continue to be consumed. The physics majors won’t prove Newton’s laws for themselves.

Not to wax overly poetic, but isn’t it funny how everything becomes obsolete, except for sometimes, when the things that seem perhaps the most obsolete kind of sneak up on us and start to matter? I spent a semester of my life and then a significant portion of my summer thinking about grease-covered pieces of tinfoil stuck to an old ceiling in a cafeteria. I started to care about their story, about how they got there and why and what their end would be. What began as a silly exercise to pass the time ultimately resulted in an elegiac column memorializing them.

I never decided to care about those wrappers. I had no role in putting them there or in taking them down. But it feels like I have kind of an obligation in this scenario. I am the sole legacy of those wrappers. That’s a lot of weight on one mediocre columnist’s shoulders.

I’m not here asking you to remember the stupid butter wrappers. I’m not that crazy. But I realized that maybe I don’t get to decide what’s obsolete. Maybe you don’t either.