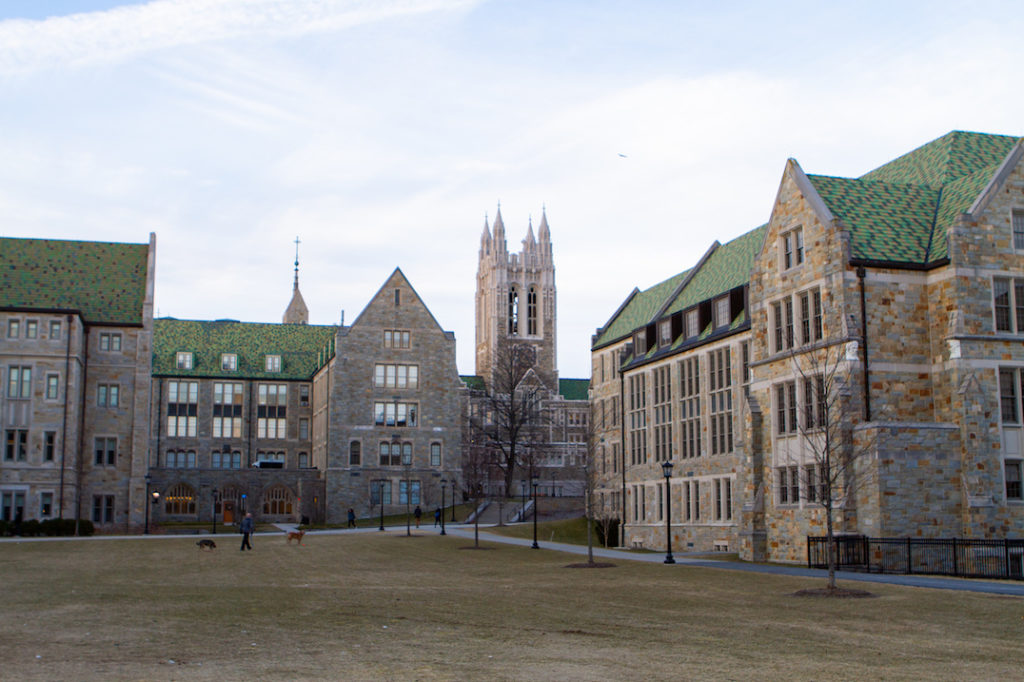 Boston College moved up eight spots, from 67 to 59, in this year’s Wall Street Journal/Times Higher Education (WSJ/THE) College Rankings. This is the highest ranking BC has been given in the four years that the two publications have jointly released a rankings list: BC clocked in at 60th in 2018 and 68th in 2017.

The rankings assess 15 factors, which are divided into four main categories. Forty percent of a school’s overall score is determined by its “outcomes,” a category that includes graduation rates, value added to graduates’ salaries, debt after graduation, and academic reputation.

A school’s academic resources determine 30 percent of its score, and the effectiveness with which it engages with its students—measured mostly using data from the THE U.S. Student Survey—determines 20 percent. A school’s environment, measured in terms of its diversity and inclusion, is weighted at 10 percent.

BC ranked 41st in the outcomes category, 133rd in resources, and 371st in environment. It was placed within rankings 401 and 500 for engagement.

While much of the approach with which the two publications have determined the rankings has remained constant over the years, a couple of changes in methodology render the 2020 rankings not directly comparable to the previous WSJ/THE lists, according to an analysis by Melissa Korn and Doug Belkin, higher education reporters for the Journal.

“The approach to measuring student debt shifted to highlight how much the average graduate will owe, as opposed to the likelihood they’ll default on that total,” they said. “And the rankings now incorporate a more comprehensive degree-completion metric that better assesses the chance that any entering student will make it through to commencement.”

Around 174,000 student responses to survey questions were taken into consideration in the creation of the rankings. Students were asked whether they would choose the same college if they could start all over, if they are inspired and motivated by their fellow students, and if they think their colleges are worth what they and their families are paying.

Indicating their level of agreement on a zero-to-10 scale, BC survey respondents, on average, rated the University a 7.5 for being the right choice, 7.4 for being inspiring, and 6.7 for being worth the cost. 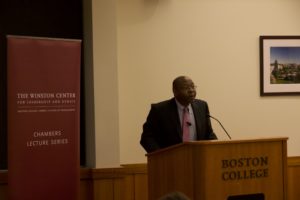