Created in 1969 in response to advocacy by the Boston College Black Student Forum, the initial African and African Diaspora Studies program—then “Black Studies”—offered only three classes: African Art, The History and Psychological Development of the Black Family, and African Nationalism Since World War II.

“When [Black Studies] first started, it was very much focused on getting black students to BC and making sure that when they were here, that they had the resources to graduate from BC,” AADS professor Rhonda Frederick said. “They had courses, they had faculty, but it was more of a student support system.”

Frederick said that the early Black Studies program was as much about providing faculty mentors and forging social networks as it was about writing papers and taking exams.

It wasn’t until Cynthia Young on the Heights arrived in 2006 that the program grew into its current, academics-oriented form. Young expanded curriculum to include history from all around the African Diaspora—rather than just the U.S.—and worked with other departments to bring in a wave of joint faculty hires.

Now, 13 years after Young rebranded and revamped the program, AADS will finally offer a major.

Hoping to spread the news of the program’s anniversary across campus, the AADS faculty has prepared a three-stage celebration.

The first stage, organized by Frederick, is a “virtual walking tour” of black history at BC. So far, Frederick says she has scoured every source of campus history she could get her hands on: Burns Library archives, Thea Bowman AHANA and Intercultural Center records, and online issues of The Heights.

To program the tour, Frederick has partnered with Stephen Sturgeon, a BC Libraries Digital Scholarship Librarian, and the final product is expected to launch in November.

“It will look like an interactive map of BC’s campus,” Frederick said. “And as you scroll over sites, important events that took place in that area will pop up. And it’s going to be revisable, so at any point we can add more to it.”

The idea to anchor the tour in location—rather than as a linear progression through time—is a consequence of the sheer volume of content, explained Frederick. The moments Frederick chose to highlight on the tour are wide-ranging, and include everything from protests to major BC figures to changes in University policy.

Frederick offered up the example of Alumni Stadium, which will tell the story of Lou Montgomery, BC’s first black athlete. Despite his consistent success as a running back, the football team benched him—including at home games—to placate Southern rivals.

She added that there is also the possibility of transforming the finished product into an app to create a literal walking tour, which she compared to Pokémon Go and other augmented reality games.

While phase one of the yearlong birthday bash is an entirely new endeavor, the remaining two are set to weave new themes into existing programs: the ongoing “New Directions” lecture series and the “Blacks in Boston” conference.

Launching the 2019 New Directions series is Young—now the head of the Department of African American Studies at Penn State—who will give a talk titled “Black Study in the 21st Century.”

“She did a lot for the program—we wouldn’t be a major without her—-so it’s nice to be able to honor her,” Régine Jean-Charles, the AADS professor in charge of the series, said. “She’s also a scholar who cares a lot about institutions and institution building, which is why I’m excited to bring her in.”

Her appearance is especially fitting, according to Frederick, because the series first began during Young’s tenure as program director as a means of pushing the new, interdisciplinary course she was navigating at the time.

Following Young’s Sept. 26 appearance will be Northwestern’s Jennifer Nash, who is slated to address the long, intertwined histories of black studies and feminism.

Jean-Charles said she was especially excited about the final speaker, Farah Jasmine Griffin, who served not only as her—and Frederick’s—-longtime mentor but also the namesake of her daughter.

“One thing we take seriously as AADS faculty [at BC] is the mentor-mentee relationship,” Jean-Charles said. “So it’s really exciting to bring her here for our undergraduate students to see.”

Rounding out the year will be the 2020 Blacks in Boston conference, a recently-revived initiative that began as a forum for black scholars to discuss the city, its black communities, and higher education as a whole. The upcoming conference will offer a retrospective on the program’s past and provide a roadmap for its future, according to Frederick.

Frederick said that she hopes to see more and more students appear in AADS classes, even if they have no interest in majoring or minoring in the field.

“I’m very interested in developing a student population who can take on some of these social concerns,” Frederick said. “I want students critically active in these conversations, so I want to give students—all students—tools to think more critically, even if they believe AADS is not for them.” 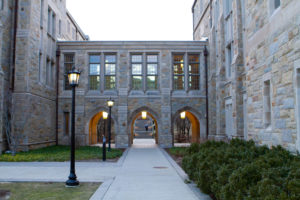 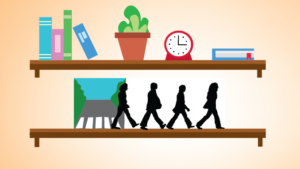 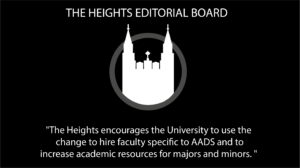