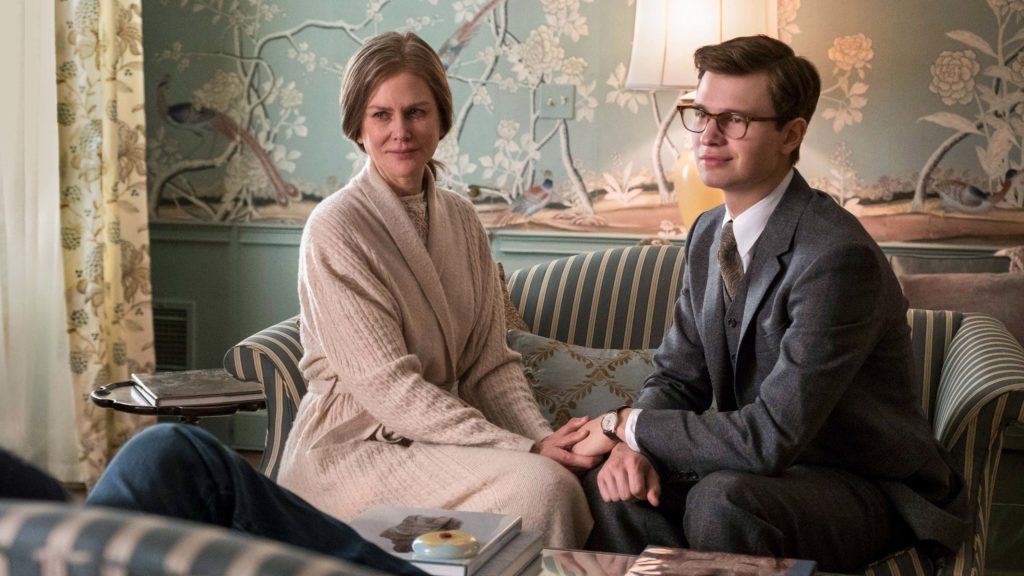 It was inevitable that film producers would seize Donna Tartt’s novels for material eventually. The reclusive author’s works are undeniably cinematic, her stories sprawling and whimsical. But Tartt’s characters come to life through their inner worlds. Through all the slightly absurd twists and turns, what keep her novels grounded are the internal dialogues of her flawed, contemplative heroes. It’s difficult to translate that kind of emotion to the big screen.

Adapting Tartt’s 2013 novel, The Goldfinch, into a movie was an especially risky project. The book follows Theo Decker (played by Oakes Fegley as a child and Ansel Elgort as a young man), an exceptionally unlucky boy whose mother (Hailey Wist) is killed in a terrorist bombing and who becomes an art thief by accident. What follows is an epic tale involving Ukrainian mobsters and crooked antiques dealers. Tartt has the remarkable gift of suspending her readers’ belief. After all, in her novel The Secret History, she passes off a clique of murderous, ancient Greece-obsessed college students as something entirely in the realm of possibility. It’s no wonder that The Goldfinch struggles to maintain its source material’s integrity without making the audience’s eyes roll back into their heads.

At the very least, The Goldfinch is beautiful. The camera’s attention to detail mirrors Tartt’s lush, flowery prose. Everything is bathed in gentle light. Meandering shots pick up the gleam of antique mirrors, the subtle texture of a sweater, the poreless skin of its beautiful leads. A string-heavy score lends an old school charm to the film. In an era of sensory overload and superhero cash grabs, The Goldfinch makes a bold choice by refusing to resort to attention grabbing shenanigans.

The storyline is mired in tragedy and violence, yet the camera spends more time lingering in quiet places than revisiting the violence of Theo’s upbringing. Flashbacks to the bombing avoid the bloody aftermath of the attack. The first—and only—time that Theo’s father hits him, it’s a shock, not because the scene is especially brutal, but simply because there is no pause to let the audience process what just happened. Theo is so accustomed to tragedy that the film simply breezes past it. This leisurely pace, combined with the film’s refusal to sensationalize its subject matter, stretches the film to a vast two hours and 30 minutes that fails to adequately capture the audience’s attention.

Swaddled in cashmere with a pair of erudite looking glasses perched on his nose, viewers are supposed to see grown-up Theo’s stillness as a kind of aloof charisma, but Elgort’s performance comes across as eerily blank. Without the inner monologue of the novel, there is no visible divide between who he is and who he presents to the world. The complexity of the character is lost. Meanwhile, man of the moment Finn Wolfhard was chosen to play Boris, Theo’s Ukrainian childhood friend. It’s hard to fathom how Wolfhard’s terrible accent passed muster with casting directors.

In its final moments, the film makes an abrupt turn from moody drama to apparent action flick. Theo encounters Boris for the first time since they were boys, and Boris reveals that he stole the painting years ago. He’s been using it in his illegal dealings as collateral, but the painting was stolen from him. The snail pace of the film jerks into motion. Suddenly Theo and Boris are flying to Amsterdam and exchanging fire with gangsters. None of this should come as a surprise to The Goldfinch’s readers. The film is faithful to the book’s plot, but perhaps to a fault. There’s a certain levity in the novel that allows for such a turn in the plot. But that irreverent spirit is absent from the film.

The Goldfinch turns an enchanting Dickensian epic into a morose, largely humorless slog. The jumps through time don’t adapt well to film and result in awkward pacing. The depth of Theo’s character is lost in Elgort’s bland performance, and supporting characters become nothing but empty caricatures. Even Theo’s love for Pippa (Ashleigh Cummings), which permeates the entire novel, seems like a side note in the film adaptation. The cinematography is gorgeous, to be sure, but it does nothing to help along the struggling storyline. Producers should have never touched Tartt’s work, but alas, the greed of Hollywood knows no bounds.