Home » Moyer-Nocchi Serves Up a Taste of Culinary History
News, On Campus

Moyer-Nocchi Serves Up a Taste of Culinary History

Food historian professor Karima Moyer-Nocchi provided an audience gathered in Gasson’s Fulton Room an overview of how pasta—once a staple of the Neapolitan poor—garnered an international reputation as the centerpiece of Italian identity. The talk, titled “The History of Pasta and Italian Identity,” included a pasta-making session as well as a discussion of modern-day pasta controversies.

“We must keep in mind that identity is a collective invention,” Moyer-Nocchi said. “Peoples decide, whether overtly or as part of the collective subconscious, who they want to be and which instruments they’re going to use to create that story of themselves.

“With an eye on the present, they sift through the bits of the past and mold them into concepts called traditions.”

Pasta’s long, winding journey began with the Neolithic Revolution, which saw a shift from the hunter-gatherer lifestyle to one of agriculture and settlement, according to Moyer-Nocchi. It was during this time period, about 12,000 years ago, that civilization first cultivated wheat, a main ingredient in pasta.

With only speculative evidence, scholars debate the existence of pasta in ancient times and its prominence among the masses.

“If pasta had been a food primarily eaten by the poor, it’s unlikely that there would be a record of it,” Moyer-Nocchi said. “Not only because of illiteracy on their part, but also because there was a little interest in the part of the elite authors to record the eating habits of the poor.”

As the middle ages arrived, cookbooks that featured pasta began to emerge.

Years passed, and the mass production of pasta resulted in cultural changes for the Neapolitan of Northern Italy.

“Pasta became a solution for feeding the poverty stricken hordes of Naples,” she said. “Watching poor people eating fistfuls of pasta on the streets of Naples became a major tourist attraction. And as such it was written on tour guides and available on postcards.”

An American tourist in Italy wrote his own eyewitness account of the impoverished Neapolitans devouring pasta.

“They grab handfuls of the steaming mass and thrust the almost-scalding mixture down their throats,” he wrote. “I had expected to be amused, until I saw that this mad eagerness for common food delineated actual hunger.”

What’s relevant about this identity marker, according to Moyer-Nocchi, is that it was not chosen by the Neapolitans, but rather imposed upon them by outsiders. The rest of Italy, which associated Naples with filth and disease, was not ready to embrace pasta just yet.

But the tables were slowly turning. In the 19th century, as Italians immigrated across the world to escape poverty, they brought their cultural traditions with them.

“They became the prime source of exported products from Italy, and the government hoped that their improved status abroad would influence Italians at home to consume more Italian products like industrial pasta,” Moyer-Nocchi said.

As facism rose to prominence in the early- and mid-twentieth century, pasta finally became an integral part of Italian cultural pride.

“Mussolini drove the citizens to unite and back the nationalist momentum,” she said. “His political ambitions required that people adopt a streamlined, frugal diet and pasta was once again a cheap way to feed the populace.”

In post-war, industrial Italy, a well-laid table became a marker of social status. Pasta, which was inexpensive and convenient, became a favorite among housewives. No longer was pasta an expedient meal for the urban poor, but the centerpiece of Italian dining.

“It then assumed its position as one of the common denominators of the Italian culinary identity for all classes throughout Italy,” Moyer-Nocchi said. “Pasta overtook soup’s place as the preferred first course and went on to become the international beloved behemoth that it is today.” 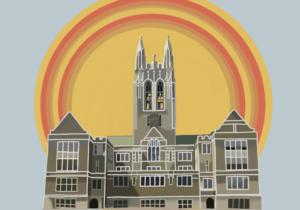 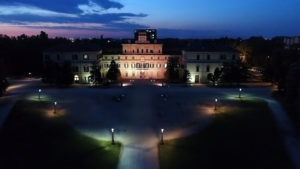