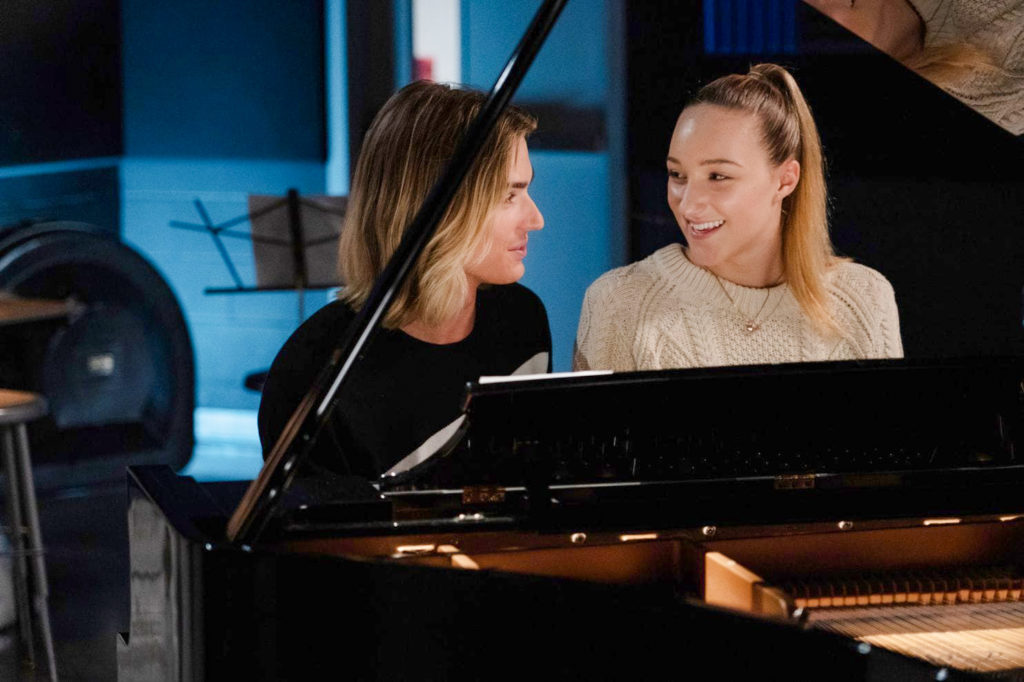 Showing up at the homecoming dance in heels isn’t very surprising for most girls, but for the 16-year-old, 6-foot-1 Jodi (Ava Michelle), the gesture took all the confidence she could muster.

Enter Tall Girl, a Netflix movie released on Friday about the struggles of navigating high school as, cue the title, a tall girl.

Tall Girl follows Jodi, who is constantly reminded of her taller-than-normal height by jeering classmates and her otherwise picture-perfect family. Jodi’s best friend Dunkleman (Griffin Gluck) has been openly in love with her since almost forever, and professed his love to her everyday, only to be rejected every time because she wants to date someone taller than she is.

Things change when foreign exchange student Stig (Luke Eisner), from Sweden, arrives at school, in all his gorgeous flowing locks and—the kicker—taller-than-Jodi height. Jodi, of course, is immediately smitten, but so are all the girls in the school, including top mean girl and Jodi tormentor Kimmy (Clara Wilsey). Although Kimmy immediately snatches him up, Jodi eventually runs into Stig in the piano room, and the two share a song and a moment, which later turns into a movie night and a kiss.

Torn between being popular and actually being with the girl he likes, Stig eventually chooses Kimmy. When Dunkleman gets the opportunity to make it with the popular people, though, he chooses Jodi, punching Stig when he publicly smears her to please the popular kids.

Finally realizing who was always there for her, Jodi shows up to homecoming in heels that Dunkleman gave her, rejects Stig, and kisses Dunkleman, who adorably steps onto a milk crate to reach her.

Tall Girl is a decent enough movie, yeah, but it had the potential to be much more. To its credit, it is better than a typical teen rom-com, where the female protagonist goes through a life-changing makeover (a little bit of mascara and some lipstick) and gets her guy because she’s finally beautiful—but it’s not much more. The story tries to promote self-love and acceptance but also falls victim to the appearance-based relationship dynamics that rom-coms are so often guilty of.

Jodi’s character goes through only the most superficial growth. The movie never fully fleshes her out as a human being, and she is reduced to her character type: an insecure-tall-girl-eventually-turned-confident-tall-girl-who-can-finally-love-herself, yay. The show, and, as an extension, Jodi, focuses so much on her height that the audience doesn’t get to know much about her beyond that. Dunkleman refers to Jodi’s kindness, and Jodi is supposed to be smart and great at piano, but the intense scrutiny on her height, not only from Jodi’s perspective but also from the show’s lack of proper development of her other traits, makes her very one-dimensional. What we are left with is just an impression of “oh, she’s tall,” defeating the entire purpose of the movie, which tries to show that Jodi is more than that.

The simplicity of Jodi as a character makes it really hard for the audience to truly sympathize with her. Through the first half of the movie, the audience feels bad for her, but, by the second half, that sympathy dies away as she uses her insecurity to justify everything she does. Jodi is very self-centered, not even once asking about her friends’ problems and has no trouble being explicitly cruel to Dunkleman, who is not only her best friend but also evidently head-over-heels for her. Jodi makes even apologizing to her best friend about herself, in the proper teen rom-com form: by randomly taking the microphone during the homecoming dance (you would think high schools would learn not to have a microphone at this point): “I’m a best friend. Mostly a good one, sometimes a bad one. Sorry.”

What is even more frustrating about Jodi is that her romantic pair, Dunkleman, is just so much better as a character and as a person than she is. Jodi’s only reason for rejecting Dunkleman for years is because of his height, which is very in line with her only personality trait as being obsessed with her own height, and also extremely hypocritical. The fact that she only accepts Dunkleman after being publicly ridiculed by the guy that she likes and has to see a video of Dunkleman literally fighting for her just shows how shallow she is. When Liz, Kimmy’s best friend, became interested in Dunkleman, there was a moment of hope for this movie, that maybe the protagonist will actually realize that people don’t wait around for you forever, but in the end, puppy love triumphs all and the audience is left wishing Dunkleman had someone better.

Tall Girl seems like it wants to defy tropes but ends up being another cliché. It can’t seem to decide whether it wants to be a typical rom-com or not. There is a self-indulgent makeover scene, ending anticlimatically when Jodi gives up and comes downstairs in her typical tracksuit. Nevertheless, Jodi still ends up wearing makeup to school in a confusing development that renders the former scene pointless.

For someone who has done so much physical growth in their lifetime, it’s frustrating and even offensive that so little emotional development takes place for Jodi. The lack of character depth is really what made Tall Girl stumble, despite the valiant effort.